Trump or no Trump, the Democrats are going to win in the fall 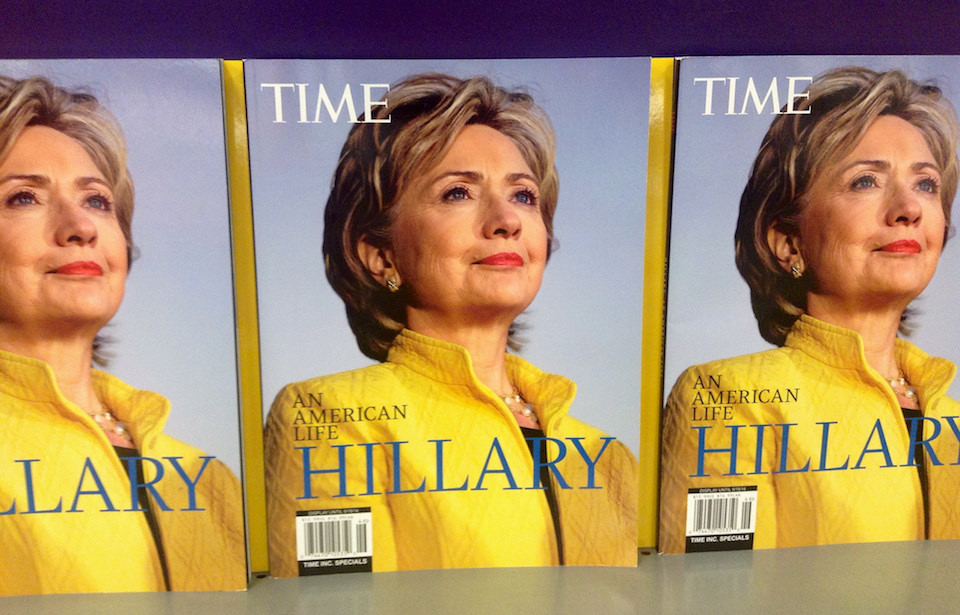 Say what you like about Hillary Clinton and how liberal or moderate she is, the reality is that the chance to elect the first woman as president of the United States is going to have a positive effect on a lot of women voters. — Tom Regan Image: Hillary Clinton by Mike Mozart of TheToyChannel and JeepersMedia on YouTube.

Yes, he’s bringing out a lot of new white voters, particularly angry white men. Yes, more Republicans are showing up to vote in the primaries than Democrats are. Yes, Trump is the “unexpected factor” that no one saw coming. Yes, underestimating Trump in the coming fall, as Republicans did last fall, is the greatest danger the Democrats face.

All true. And it doesn’t matter one bit.

I’ll give you that six months is an eternity in terms of politics in the United States of America, and who knows what will happen. For instance, if the Republicans’ wet dream comes true and Hillary Clinton (who will be the Democratic nominee) is charged with some offense in relation to her personal email account, then that could upset the apple cart for sure. But I’ll gladly tell you something right now – if it hasn’t happened by now, it isn’t going to happen. It’s just another Benghazi pipe dream that the GOP has, a futile attempt to try and pin something on Clinton.

And here’s why the Democrats are going to win the fall: 1) turnout in the primary bears absolutely no resemblance to what will happen in the fall, and 2) Donald Trump can bring all the angry white men he wants to the polls and it won’t make a lick of difference, because he’ll still lose.

So let’s look at the first point more closely. One of my favorite websites, 538.com, took an extensive look at the correlation between turnout in the primaries and turnout in the general election. Turns out that a big turnout in the primaries does not mean you’re going to be dancing in the fall. All the Republicans, and Trump, will make a big deal out of it, as will the talking heads on the cable news programs and journalists who don’t actually do their homework and just parrot politicians’ talking points. But statistics show it just ain’t so.

It’s the competitiveness of the race that predicts the party with the highest turnout during primary season. It can certainly be argued that up until recently the Republicans had a far more competitive presidential race than the Democrats did. That’s not to say that Clinton and Bernie aren’t competitive with each other, because they are. But if Martin O’Malley had been a candidate who had more staying power than, say a powdered doughnut at a police station, it would’ve been a more competitive race for the Democrats, and more people would have shown up.

Other factors come into play in a general election. Which brings us to my second point.

After the Republicans lost to Obama in 2012, thoughtful individuals in the GOP commissioned an “autopsy” to get to the root of the party’s problems in general elections. There is no doubt that when you allow people to vote nationally, without any gerrymandering of districts as happens in Congressional elections, trends show that the Democrats are getting stronger and stronger. The autopsy offered a solution to the GOP’s problems – greater outreach by the party to minorities and women.

As Stuart Stevens (the man who ran Mitt Romney’s presidential bid for the Republicans in 2012) wrote in the Daily Beast recently, the GOP seems to have abandoned this sage advice and appears to be on the brink of actually selecting the exact opposite – a man with a history of making repeated demeaning comments about women, and whose recent remarks about minorities can only be seen as horrifying.

Stevens referred to the GOP having the “lost tribe of the Amazon” theory:

The reality is that this 25% to 35% of the non-white vote is a bridge too far for Trump. He has a 77% unfavorable ranking with Hispanics in America. As Stuart notes further, even among Hispanic Republicans his unfavorable ranking is 60%. A resounding 84% of African-American voters take a dim view of Mr. Trump and his campaign. Despite his remarks about how much he “loves” the Blacks and the Hispanics, the affection is not returned.

And finally there is the women factor.

Say what you like about Hillary Clinton and how liberal or moderate she is, the reality is that the chance to elect the first woman as president of the United States is going to have a positive effect on a lot of women voters, much in the same way the chance to elect the first African-American president had on that community’s turnout in 2008. In polls that asked the question who would people vote for in a general election, Clinton or Trump, Clinton’s lead among all women was already 21%, and among young single women was even higher.

But Trump’s problem doesn’t only exist with women who traditionally vote Democratic. A Gallup poll found that more Republican women view Trump negatively than positively, and that the vast majority of Republican women who do not currently support Donald Trump have no plans to support him in the future, and may in fact end up voting for Hillary Clinton, so great is their distaste for The Donald.

None of this comes as a surprise to those Republicans who are aware of the mortal danger that their party is in, which is why they are doing everything in their power to try and prevent Mr. Trump from becoming their party’s presidential nominee. They are well aware that a Trump candidacy not only means failure in the general election, but also that the Democrats will retake the Senate and even have a long shot at the House.

But it’s too late.

They’ve done themselves in already. If Trump is the candidate, they will lose. If they take the nomination away from him in Cleveland at a contested convention, he will run as a third-party candidate, if for no other reason than just to screw the Republican establishment. This will also lead to the party’s defeat. It is a lose-lose scenario, and they are more than aware of it.

For those of us who traditionally vote Democrat it’s not time to party yet. As I said, six months is an eternity in American politics. But if things keep going the way that they are now, we will have the first woman president in American history, a liberal Supreme Court, Obamacare will live on … and the GOP will have to do another autopsy.

You say you want a revolution …  Well, I’m all in. I’m seized with joy at the thought of overthrowing the corrupt U.S. financial establishment. I’m gripped with enthusiasm at the thought of bringing justice and economic security for all Americans. But there might be a few problems …

With the momentum favoring Bernie Sanders, why is it that I am predicting that ultimately Hillary Clinton will be the Democratic nominee for president in 2016? It boils down to a simple factor: Bernie Sanders is too white. And so are Iowa and New Hampshire.

Remember when women and minorities knew their place? Illegal immigration was unheard of? Men all had good jobs? Everybody believed in the same God? (Or at least the same version.) Kids respected their parents? Terrorism was a word that kids learned about in college when studying European history? America was the most powerful nation in the world? No, you don’t remember? Then you’re likely not a Donald Trump supporter.
The racist in the mirror

He’s there. Every day. Staring back at me. A white, late middle-aged man …  He is, of course, me. I am the very personification of white male privilege. I am a racist.