The Supreme Court in Wonderland

“But I don’t want to go among mad people,” Alice remarked. 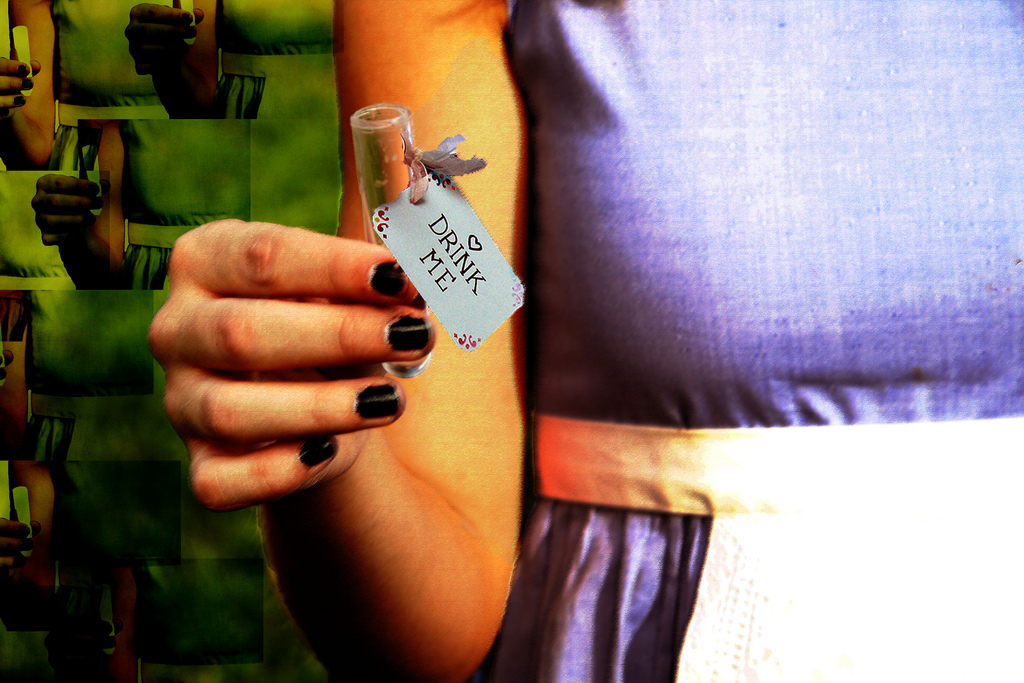 Once upon a time, long ago and faraway, there was a magical kingdom. And in the kingdom there were three great forces: the king who was chosen by the people, the counselors who said they represented the people but who really only represented the people with money (for brevity’s sake we shall revert to this group as the “wing nuts”), and the great judges. For many years these three groups found a way to get along. Oh, there would be big arguments from time to time, but by and large the three groups were most interested in making sure that their kingdom progressed in one way or another.

But then one day, the wing nuts were taken over by an angry mob of trolls who only liked to drink tea. And all wing nuts who didn’t like tea had to pretend that they did. And of all the many things that the tea-drinking wing nuts hated, the thing they hated most was the king.

Meanwhile, the great judges would look over each of the laws that had been issued by the king or by the wing nuts and give a thumbs-up or thumbs down. Now the judges were split, 5 to 4, in favour of the wing nuts. This meant that many of their decisions went against the king. But the king was a good king, and he knew the laws of the land, so he would abide by their decisions.

Normally the wing nuts and the wing nuts who only liked to drink tea were among the most vocal supporters of the law of the land, and often accused the king of trying to make his own laws instead. But they knew that was a tricky position to hold in this particular case, so they immediately pretended that the law (known among the people as “Article II”) did not exist.

So the wing nuts and the wing nuts who only liked to drink tea started to perform a great kabuki dance. They put on white faces and made weird noises and sounds and danced strangely around the kingdom, veering back and forth between supporting the king’s right to name the successor to the Scalia, and saying that he had no right at all.

In the end, it really did not matter, because even if they allowed the king to name a successor, there was no way they were going to allow him to actually replace the Scalia. They would find some reason to say that the new judge was not the right person for the position: that he had farted too loudly in class in high school, that she had the heartbreak of psoriasis, that he had backed the wrong contestant on The Bachelor, or that she thought 2+2 = 4, when all wing nuts and wing nuts who only liked to drink tea knew that 2+2 = 5 and that climate change was a hoax (that probably wouldn’t really matter, but all wing nuts of all kinds just like saying that as a matter of course).

Which brings us to today in the kingdom. We are all waiting for the king to name a new successor to the Scalia, because that is his job and it is what the law of the land says he must do. But the wing nuts and the wing nuts who only liked to drink tea are wearing their white faces and practicing their dance in the dark places where they are known to gather. They plan to dance for a long time.

In the end the only people who will really suffer are the people in the kingdom. But they are so used to that now, they just find it kind of amusing, since they know we are all mad.

Why Is Mitch McConnell Picking This Fight? By Alec MacGillis, ProPublica

After word of Justice Antonin Scalia’s death emerged last weekend, it took Republican majority leader Mitch McConnell less than an hour to announce that the Senate would not entertain a replacement before November. “This vacancy should not be filled until we have a new president,” he said. McConnell’s blunt declaration was taken as the starkest exhibition yet of the obstructionism that has characterized the Kentucky senator’s stance toward President Obama and congressional Democrats.

The death on February 13 of Justice Antonin Scalia, leader of the conservative wing of America’s Supreme Court, may be one of those rare events on which history pivots. And given the court’s oversized influence on world affairs, at a critical time for the environment, finance and human rights, the impact will be global.