The Urgency of Now 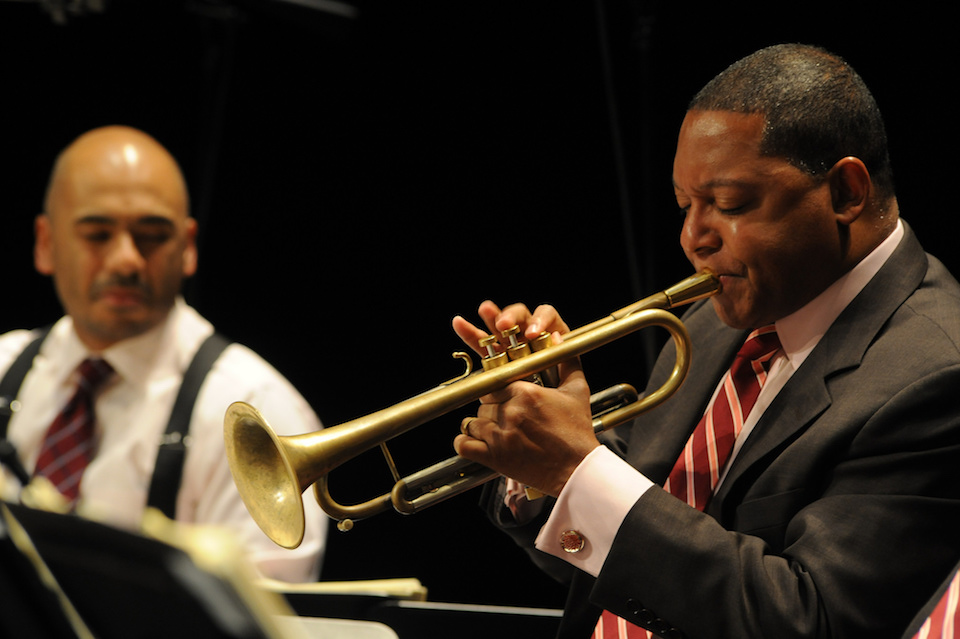 Now and then, in the normal crazy routine of life, you get a chance to experience something special, something out of the ordinary. Something, well, real. This past Saturday night presented just that kind of opportunity.

I was in Boston for the 100th anniversary celebration of the Pulitzer Prizes, which honour the best writing in American journalism, photography, poetry, biography, history, drama and fiction. There is also a prize for music, and that was what Saturday evening was all about.

Wynton Marsalis, who won the Pulitzer in 1997 for his composition, Blood in the Fields (the first piece of jazz music to be so honoured), performed with his longtime ensemble. Listening to Marsalis play the trumpet is — for an atheist like me -– as close as you can come to believing there might be a god. Seldom have I heard a musician in live performance whose music leaves me speechless, hardly able to describe its effect on me.

Just as affecting, however, was the conversation Marsalis had with that audience throughout the performance.

The theme of the Pulitzer celebration is a reflection on “Power: Accountability and Abuse.” Marsalis talked about the creation of Blood in the Fields, the importance of jazz, why arts are so essential to the idea of America. He joked about writing a long-form piece of music at a time when our attention spans are shorter than ever. He grew more serious when talking about how music and the arts are the cornerstones of freedom and democracy. His easy-going talk was filled with witty sayings and aphorisms of other great jazz musicians or family members, but always used to drive home the point he wanted to make. He was educating us, but with us barely knowing that was what he was doing.

Several moments stuck with me. He talked about ‘the urgency of now, it’s all that’s important.” It’s all we have, he said. Now, this moment. Even when we talk about the past, it’s only to help us understand now. His other important point was authenticity. And then, putting these ideas into the musical context of the evening, he said this is what all music – and indeed all of humanity – strives to achieve: to be authentic in the now.

When musicians play in the now, there is a feeling that passes among them: they feel the music. They listen to the others, and that listening affects what they play. The authenticity of now, of being real in the moment, is what helps us find meaning. One of his band members illustrated this point by playing, but not listening to the other band members. The result was discordant and harsh.

If I can extrapolate, Marsalis made me realize that this is what is missing most from life around us at this particular moment in history – authenticity in the now.

Here in the United States, we face a presidential election in which both candidates are enormously disliked by the general public. Authenticity is almost completely absent for many Americans, who must, nevertheless, choose someone to lead the country for the next four years. Regardless of what you think of the candidates (and I’ve made my preference for Clinton know in many previous columns) it is hard not to sense a widespread feeling of resignation, a sense of “How did we come to this?” malaise.

Meanwhile, our social and journalism media struggle daily to be authentic, but more often than not fall into a black hole of tropes, conventional wisdom and clichés. More and more media seem deaf to what is really happening, some choosing to be willingly so. Authenticity is as far from their minds as the Earth is from the Sun. They don’t listen to us and, perhaps worse, we don’t listen to each other. We hear only the sound of our own voices.

Which is why, when you have the chance to experience a real sense of the urgency of now and the authenticity that flows from it, you embrace it like a man lost for days in the desert who lunges at water. It revives you. It gives you strength to move forward.

And that is what music and art do for you, Marsalis concluded. In a world that barely pays attention to authenticity, music and drama and writing and painting remain the best way for us to constantly rediscover the urgency of now.

I think that what Marsalis was trying to tell us: that the best way to hold power accountable, and to prevent abuse, is to be in the now, because that is when we are the most aware of life and the meaning of what is happening around us. That is when it is the most difficult for people to lie to us or to lead us astray.