Trying (and Trying) to Get Records From the “Most Transparent Administration” 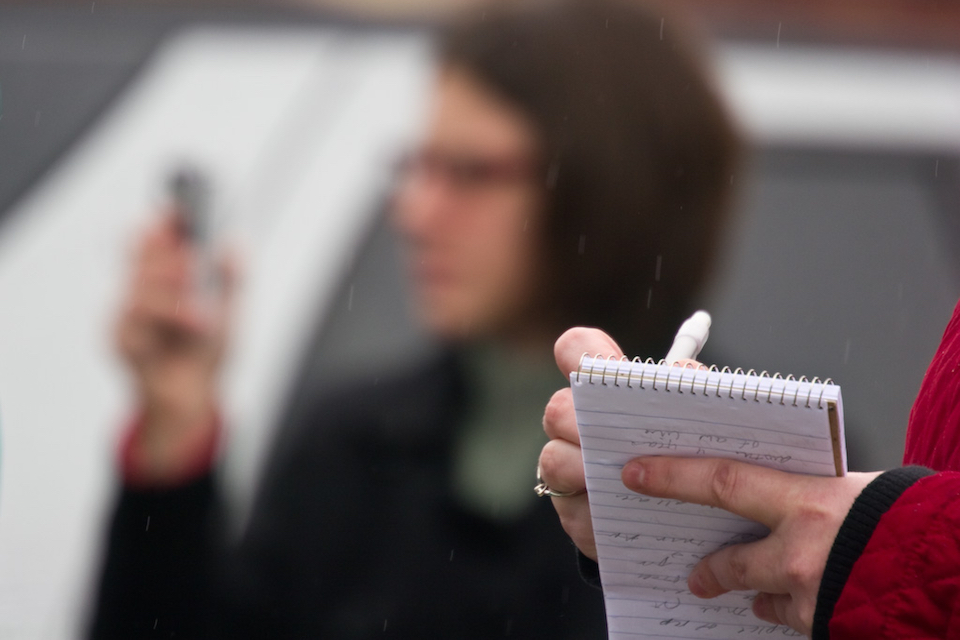 The ability to get information from the government is essential to holding the people in power accountable.

Two years ago last month, I filed a public-records request to the United States Federal Emergency Management Agency as part of my reporting into the flawed response to Hurricane Sandy. Then, I waited.

The Freedom of Information Act requires a response within 20 business days, but agencies routinely blow that deadline. Eight months later, ProPublica and NPR published our investigation into the Sandy response, but it did not include any documents from FEMA. The agency had simply never gotten back to me.

Finally, this Feb. 10 — 492 business days past the law’s 20-day deadline — I got a curious phone call from FEMA. The agency was starting a “clean search” for the documents I asked for, because the original search “was not done properly.”

“I wish I had the answer,” the staffer told me. “There are quite a few cases that this happened to.”

Documents are the lifeblood of investigative journalism, but these problems aren’t of interest only to reporters. The Freedom of Information Act is supposed to deliver on the idea of a government “for and by the people,” whose documents are our documents. The ability to get information from the government is essential to holding the people in power accountable. This summer will mark the 50th anniversary of the U.S. law, which has been essential in disclosing the torture of detainees after 9/11, decades of misdeeds by the CIA, FBI informants who were allowed to break the law and hundreds of other stories.

President Obama himself waxed poetic about FOIA on his first full day in office in 2009, issuing a statement calling it “the most prominent expression of a profound national commitment to ensuring an open Government.” He promised that his would be “the most transparent administration in history.”

But Obama hasn’t delivered. In fact, FOIA has been a disaster under his watch.

Newly uncovered documents (made public only through a FOIA lawsuit) show the Obama administration aggressively lobbying against reforms proposed in Congress. The Associated Press found last year that the administration had set a record for censoring or denying access to information requested under FOIA, and that the backlog of unanswered requests across the government had risen by 55 percent, to more than 200,000.

The Republican-led House Oversight and Government Reform Committee looked into the state of the public-records law and in January issued a report with a simple, devastating title: “FOIA Is Broken.”

Incredibly, it took my ProPublica colleague Michael Grabell more than seven years to get records about air marshal misconduct from the Transportation Security Administration. As he pointed out, his latest contact in the FOIA office was still in high school when Grabell filed his initial request.

After a reporter at NBC4 in Washington sought files related to the 2013 Navy Yard shooting, Navy officials actively strategized about how to thwart the request. The Navy only apologized after it mistakenly forwarded its internal email traffic to the reporter.

When a Mexican journalist asked the Drug Enforcement Administration in 2014 for files related to its role in the capture of drug lord Joaquín “El Chapo” Guzmán, the agency sent a letter back demanding $1.4 million in fees to search its records.

“There’s a leadership void that has gotten worse,” veteran FOIA lawyer Scott Hodes told me. “It’s not treated as an important thing within the administration.”

Why is the law failing so badly after all the promises about transparency? My experience and the experience of other journalists suggests the reason is twofold: incompetence and neglect.

When I probed a bit more into what had gone wrong at FEMA, the agency’s entire FOIA apparatus started to look like a Potemkin village of open government. The FOIA staff was never trained properly, a FEMA spokesman told me. Of 16 positions in the office, eight have long been vacant for reasons that are not entirely clear. The backlog of requests at FEMA has ballooned to 1,500. That’s more than double what it was less than two years ago.

Spokesman Rafael Lemaitre promised that the backlog was “frankly unacceptable to senior leadership here at FEMA, who have been aware of the problems and are taking actions to correct it.”

“Obviously the Freedom of Information Act is a very vital resource for taxpayers,” Lemaitre said. “Frankly, we haven’t done a very good job of fulfilling that promise.”

Over the past two years, whenever I periodically called or emailed for updates, agency staffers either ignored me, said their systems weren’t working or told me they didn’t have any new information.

My request outlasted the tenure of my original contact in the FOIA office. When I called 14 months into the process, I was told she had left the agency 2014 fair enough, as people change jobs all the time. But my request had apparently not been handed off to anyone else. No one seemed to know what was going on.

Last year, the federal FOIA ombudsman found that FEMA took an average of 214 days to process complex FOIA requests, the third-worst in the Department of Homeland Security. (That compares to an average processing time for complex requests of 119 days across the rest of the government.) “A lack of responsiveness prompted lawsuits that cost the agency a bunch of money,” said James Holzer, the head of the ombudsman’s office, who praised FEMA officials for at least recognizing the problem.

A hiring freeze at the agency after sequestration didn’t help matters. But officials told Holzer’s investigators last year that the eight long-vacant positions in the public records office would be filled as early as last fall. Today, those jobs remain empty. The FEMA spokesman didn’t have an explanation for what’s taking so long.

When I tried to find out whether anyone had been held responsible for the fiasco, I didn’t find much more transparency. “I cannot discuss any personnel issues, unfortunately,” the spokesman told me.

Has the agency at least set a specific goal for when it will get through its backlog? “Our target is to get these cleared as quickly as possible 2014 I don’t have a date for you.”

Real journalism is not free. If you value evidence-based, non-partisan, advertising and spam free information, support our journalism. Facts and Opinions is an employee-owned collaboration of professional journalists. We need at least .27 per story — and appreciate all sustaining contributions. Thanks for your interest.  Details here.