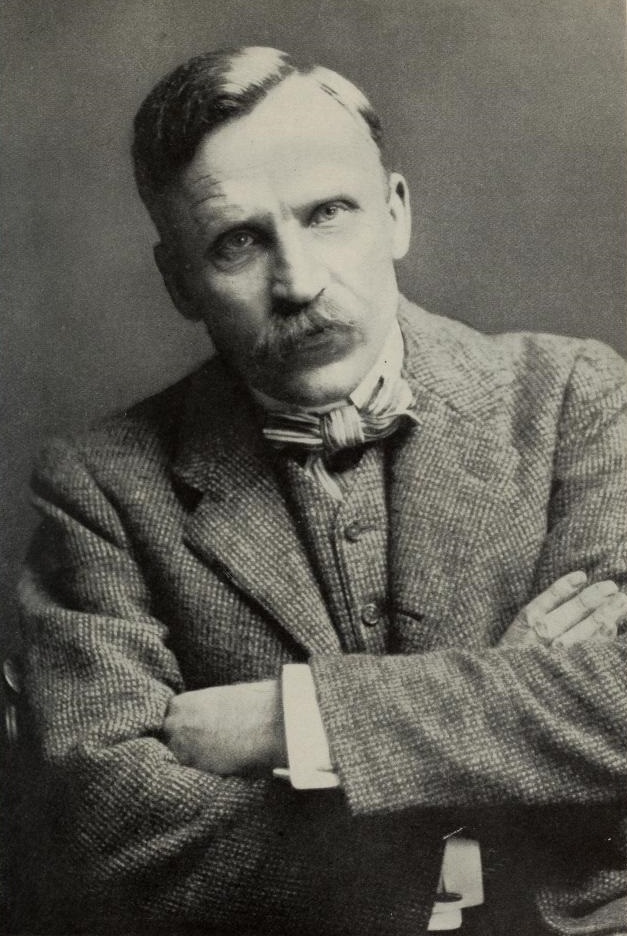 Sam (S.S.) McClure was born in 1857, the son of a widow forced to emigrate from northern Ireland to America out of sheer necessity. Her husband’s death in an industrial accident left her bereft and so she took her children and joined relatives living in northern Indiana, where Sam grew up. His was a classic Horatio Alger rags-to-riches story.

Coming from an impoverished farm family, he succeeded in getting a wealthy  family in Valparaiso, IN, to take him in as a servant while he went to high school. He worked his way through Knox College in western Illinois in much the same way.

Moving east after graduation, he managed to parlay his college journalism experience into the editorship of Alexander Pope’s bicycle magazine The Wheelman. Pope was a bicycle manufacturer who used mass publicity to generate the bicycling craze of the 1880s and 1890s. McClure began to do well enough to overcome the parental objections to his marrying his college sweetheart.

Soon, however, he received a better offer from New York City, from Century magazine and left Boston. The magazine helped him to strike out on his own, developing a news syndicate that acquired or commissioned stories and columns from different authors and sold them to whatever newspapers and magazines would buy them, including the Century. Eventually, he branched out into his own magazine, named appropriately, McClure’s, just as the country sank into the 1893 depression. Even so, the magazine did well, with McClure using the pieces bought by his syndicate.

There were reasons why a low-cost, good quality magazine would sell in that economic climate. During the period from 1890 until the onset of World War I, a number of factors emerged to enable magazines, like commercial catalogs like that of Sears Roebuck, to spread their message across the nation. Postal rates decreased while Rural Free Delivery rapidly expanded the rural market for printed material. New technology, such as high-speed presses and halftone photoengraving were becoming widespread, enabling magazines to produce high quality illustrations on better quality paper at a fraction of their original cost. Near the end of the depression of the 1890s, advertisers were desperate to reach consumers in order to stimulate demand once again, and magazines were seen as a relatively low cost outlet. Their national reach through the mails also meant they could provide better exposure for national brands than could local newspapers.

McClure also innovated as his revenues grew by developing an in-house staff of writers and editors, rather than just relying on freelancers. He hoped to acquire a few, highly influential writers who would produce important stories. Sam was not the steady businessman who could make this dream real. Instead, he relied upon a college friend, John Phillips, a relative of the influential Boston pre-Civil War abolitionist, to manage the affairs of McClure’s while he dreamt manic dreams, courted important people and tended to his health by visiting European spas.

From 1893 on, McClure assembled the core of his magazine staff. He found Ida Tarbell in Paris. Ray Stannard Baker, a Lansing Mchigan-born reporter with a Chicago newspaper, proposed an article to the magazine which impressed McClure so much he hired Baker. Lincoln Steffens, a California and German-educated reporter for a New York paper was another freelancer who accepted an offer to join the staff. He was the son of a German-American Illinois merchant father who joined a wagon-train to California in 1862 and became one of California’s leading bankers, Finally, there was William Allen White, a son of a Yankee doctor who moved from Ohio’s Western Reserve to Kansas in 1859, as the turbulence of ‘Bloody Kansas’ receded. White did not agree to join McClure’s staff in New York, but acted as the magazine’s voice for rural and farm matters. His connection to the magazine gave him influence far beyond his editorship of the small town newspaper he had bought in Emporia KS in 1895.

McClure published many serialized novels in his magazine, from writers like Willa Cather, Arthur Conan Doyle and Mark Twain and he adapted the serial format to nonfiction as well. The public seemed to want personal interviews and facts, as opposed to political ‘spin’ He had Ida Tarbell produce a biography of Napoleon for the centenary of his rise to power, and then had her go out and discover new things to say about and by Abraham Lincoln for the 50th anniversary of his election as President. He sent the restless Lincoln Steffens out to look at municipal corruption and Ray Stannard Baker to investigate labor-management relations. Producing their researched and documented reports in regular serialized formats led to increasing sales of the magazine and brought a number of causes to capture people’s attention. Perhaps the high point was reached with the January 1903 issue, which contained three powerful exposés, the first installment of Tarbell’s history of Standard Oil, an installment of Steffens’ research on municipal corruption, featuring the Mayor of Minneapolis, and Baker’s article on labor union problems.

Yet, McClure grew restless and began to back away from more than intermittent involvement with the magazine. Erratic behavior led to his staff resigning in 1906 and, with Phillips at its head, starting a new publication, The American Magazine. As well, the era of muckraking journalism had begun to wane, until the psychological demands placed by the outbreak of World War I began to preoccupy the American public over domestic issues. McClure tried to resurrect his magazine after the War, but American tastes had changed and his effort failed in short order. Prohibition of alcohol in the 1920s was, in itself, enough to make a sizeable number of Americans more tolerant of wrongdoing, while the continued growth of large companies and the corrupt political behavior related to Teapot Dome suggested that the muckraking effort may not have produced much of a lasting effect.

When President Theodore Roosevelt coined the term ‘muckraking’ in 1906 to refer to the stream of exposés of political corruption, consumer fraud, the use of monopoly power and price rigging that characterized journalism in the late 1890s and 1900s, he was ascribing the image of the ’muck-raker’ in John Bunyan’s The Pilgrim’s Progress to the tenor of the time. In the novel, the man who is turning over the barnyard muck is so focused on his task that he has no time to look up and see the glories of Heaven. The President’s jibe was aimed at a particular editor who was a constant critic of his policies, but soon became a catch-all term for everyone who was exposing organized wrongdoing.

The term was meant to distinguish between the normal reporting of news events and the lengthier, research-intensive discussion of broad topics that might otherwise see the light of day. While generally such a function may use the tools of research and the forms of non-fiction writing, there have always been those who have couched underlying problems and evils in a fictional format. One could describe Harriet Beecher Stowe’s Uncle Tom’s Cabin, which had a great impact on pre-Civil War America, or Edward Bellamy’s Looking Backward, which appeared in the 1880s, a decade of labor strife, as examples of muckraking in a fictional style. Clearly, the work of Ida Tarbell, Ray Stannard Baker and Lincoln Steffens in McClure’s, along with the reportage of Nellie Bly from inside the insane asylums of New York and Upton Sinclair’s reportage about the meatpacking industry are Progressive era examples of the nonfiction variety.

The public interest in muckraking seems to wax and wane over time; there is always an undertone, perhaps expressed best by I F Stone’s Weekly in the 1950s and 60s and Ralph Nader’s research on auto quality and safety. Recent examples are in the claims of both the Tea Party movement and the Occupy Wall Street movement. At some point public interest in scandalous practices rises above this undertone and becomes fashionable once again. Today, much of the muckraking activity is relegated to some television shows and to some blogsites. But the cycle will turn again.