More or less as yesterday’s blog post (on Risky Business and Climate-Smart Development) was emerging from my keyboard, Canada’s federal government very quietly uploaded to the website of the Department of Natural Resources the closest thing Canadians have seen since 2008 to a comprehensive survey of Canada’s climate change vulnerabilities. In fact, Canada in a Changing Climate is avowedly an update on that earlier report — with little of significance added. 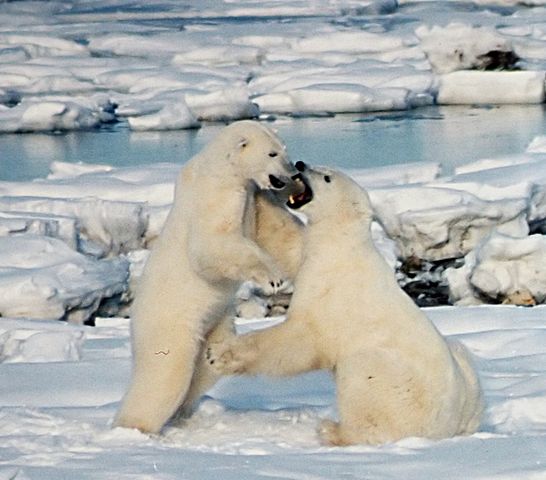 The nearly 300-page report confirms that all the climate trends apparent in 2008 continue: Canada is getting warmer and wetter — although droughts can still occur; big storms are more common; ice and snow are melting pretty much everywhere. “Further changes in climate are inevitable.” Adaptation is necessary, and holds opportunities for some but, “there will also be cases where maintaining current activities is not feasible and/or cost-effective.”

The report examines three economic sectors likely to be the most immediately affected by climate change: farming, fishing and certain industries. Its findings are underwhelming. The report is heavy on contextual statistics — the value of mineral production by province in 2010 — and generalized forward-looking observations not much changed since 1989. It better connects some of the dots from climate change effects to impacts on specific sectors’ activities. But its evidence is anecdotal (Diavik Diamond Mine in the Northwest Territories spent an extra $11 million flying in fuel because its ice road melted early), and it makes no attempt to estimate aggregate future costs or opportunities across industries.

A clear take-away however, is that Canada is dragging its feet in preparing for a changed climate. The report admits it can find “relatively few examples of concrete, on-the-ground adaptation measures being implemented specifically to reduce vulnerability to projected changes in climate.”

The report offers case studies of adaptation efforts it has found. The federal government is notable by the near-absence of its initiatives. (Unless you get excited by its examining tax changes that might help farmers weather even wilder weather.)

Nonetheless there is evidence of the authors’ suppressed yearning for a more activist government role. It offers as a case study of successful historic adaptation the Depression-era Prairie Farm Rehabilitation Act (passed under the Conservative government of Prime Minister R.B. Bennett, as it happened), which provided federal support to reclaim farmland devastated by drought and wind erosion.

“Several factors can help accelerate the transition between awareness [of climate threat] and action,” the authors note, “including leadership, targeted awareness-raising and supportive strategies or policies.” Here, they manage to imply, the federal government has “opportunities.”

On the other hand, the report does hold some gems of perspective revealed, surely, only when resource researchers are obliged to describe their world in terms they hope that leaders blinded to all but book-to-market variables might understand.

Among the potential negative impacts from climate change on Canada’s “destination image,” the authors report, is “the threat of a loss of 40 per cent of tourism if Churchill’s polar bears ‘appear unhealthy’ (very skinny), which is already beginning to occur.” On the upside, there is a growing opportunity for “‘last chance tourism’, where additional tourists are drawn to see either changing landscapes or certain features (e.g. glaciers or certain wildlife species) before they decline or disappear.”

There’s a silver lining to everything.

Facts and Opinions is a boutique for slow journalism, without borders. Independent, non-partisan and employee-owned, F&O performs journalism for citizens, sustained entirely by readers: we do not carry advertising or solicit donations from foundations or causes. If you’d like to support our journalism, for $2.95 (the price of a cheap brew) you can subscribe to F&O for a month. If that breaks your budget, a one-day pass is $1.)

If Canada’s Prime Minister Stephen Harper and Australia’s Tony Abbott, the world’s most unabashed national cheerleaders for Big Carbon, were really the ‘frank,’ hard-nosed pair they pretend to be, two reports out in as many days would surely shake their certainty that acting to slow down and adapt to climate change will “destroy jobs and growth in their country,” as the first of the pair said earlier this month.

In fact, the opposite is more likely to be true. Failure to tackle climate change seriously, a bipartisan, independent and business-oriented study group in the United States has found, is likely to cost that country hundreds of billions of dollars in economic losses. According to the World Bank — hardly a nest of lefties — on the other hand, acting to contain climate damage could make the world trillions of dollars richer as soon as 2030.

Risky Business, funded by former New York Mayor Michael Bloomberg, former U.S. Treasury Secretary (under President George W. Bush) Henry Paulson and green-minded billionaire Tom Steyer, identifies some ‘wins’ for the economies of northern-tier American states, but staggering losses in its southern and coastal states. Sea-level rise alone puts more than US$700 billion in coastal property at risk, the report warns: “On our current climate path, some homes and commercial properties with 30-year mortgages in places in Virginia, North Carolina, New Jersey, Alabama, Florida, and Louisiana and elsewhere could quite literally be underwater before the note is paid off.” Hurricanes and other coastal storms will cost the U.S.  an additional $35 billion a year by 2030. Key harvests, including corn, soybeans and cotton, are likely to fall by 10 to 20 percent within as little as five years; more certainly within the quarter-century.

Although the study is limited to the United States, elsewhere in the world Canada and Australia both face similar threats of coastal inundations, and droughts and heat waves in key interior agricultural regions. Neither country’s government has comprehensively assessed their economy’s vulnerability to climate change (although Canada’s independent advisory National Round Table on the Environment and the Economy did in 2011, a year before being shuttered by the Harper government).

While climate change, according to Paulsen et al, will likely destroy more than a trillion dollars of property and livelihoods in the U.S. alone, just a day earlier the World Bank’s reported that tackling the problem has the potential to boost world gross economic product by $2.6 trillion by 2030.

The Bank’s report, Climate-Smart Development: Adding Up the Benefits, finds that even if only the United States, China, Brazil, India, Mexico and the European Union institute new policies aimed at cutting emissions, world GDP would rise by 1.5 percent more than it will on its current track. “This report removes another false barrier, another false argument, not to take action against climate change,” said World Bank President Jim Kim.

Are you listening, Mr. Prime Ministers?

Natural Security, Chris Wood’s bimonthly Facts and Opinions column , is here.
The report Risky Business is available at: http://riskybusiness.org/
Climate-Smart Development: Adding Up the Benefits is available at: http://www-wds.worldbank.org/external/default/WDSContentServer/WDSP/IB/2014/06/20/000456286_20140620100846/Rendered/PDF/889080WP0v10Bo0elopment0Main0report.pdf
The Canadian NRTEE’s Paying the Price is available here: http://collectionscanada.gc.ca/webarchives2/20130322143115/http:/nrtee-trnee.ca/climate/climate-prosperity/the-economic-impacts-of-climate-change-for-canada/paying-the-price