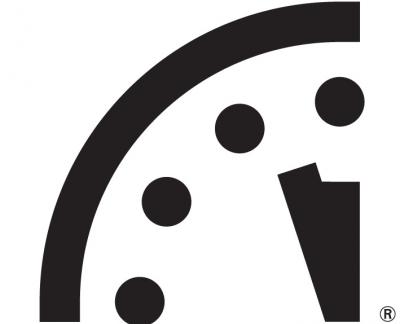 Iran’s President on a High Wire

As talks resume in Vienna today for a deal to curb Iran’s nuclear program, it is increasingly apparent that only political and social reform will deliver the ultimate guarantee that Tehran does not build atomic weapons.

And that outcome depends almost entirely on the skills of Iran’s new President Hassan Rouhani. He undoubtedly has reformist instincts and has the support of many Iranians who want to see a lifting of the political and social repression orchestrated by the conservative and puritanical religious Supreme Leader Ali Khamenei, backed by the security apparatus of the Islamic Revolutionary Guard Corps.

For the moment, Rouhani has the backing of Khamenei and the Revolutionary Guards. They see him as the best man available to do a deal over the nuclear program that will get crippling international sanctions lifted, and someone who can restore Iran’s stature among nations after it was made a laughing stock by the embarrassing antics of former President Mahmoud Ahmadinejad.

So Rouhani needs a deal on the nuclear program, and all that flows from that, in order to get the leeway to pursue reforms and the loosening of Iran’s social and political straightjacket.

And what is more, and more evident as negotiations proceed during the six months slated for doing a deal, is that success will ultimately depend on political evolution in Iran that produces administrations whose word can be trusted.

Log in to read today’s column: In Iran, nuclear deal and social reform are intertwined. (Subscription or day pass required*)

“It’s a popular refrain that the facts have a left-wing bias,” writes Natural Security columnist Chris Wood. “But that doesn’t make the progressive left immune from the same sort of selective consciousness its members so quickly denounce on the right. Empiricism is demanded of the goose, while the gander indulges its own versions of evidence denial.”

Wood’s new column, Follies to the right, follies to the left, tackles “left wing” perspectives on contentious issues such as nuclear power and GMO foods. An excerpt:

A plurality of American Republicans believe people have existed in exactly their present form since being created from mud one day 6,000 years ago. They share with Canada’s Conservatives and Australia’s Liberals the view that science, which got lasers and flight and iPhones right, have it wrong about the climate. Canada’s Conservatives are so disdainful of empirical evidence they’ve been purging the country’s science libraries.

So far, so familiar, and so stupid. But here’s the thing: many shibboleths of the supposedly progressive left are no more defensible in the light of actual evidence and informed judgements. If evidence is to be our guide, the left needs to be rethink its gag reflex over …

*F&O premium works, including commentary, are available for a $1 site day pass, or by subscription.