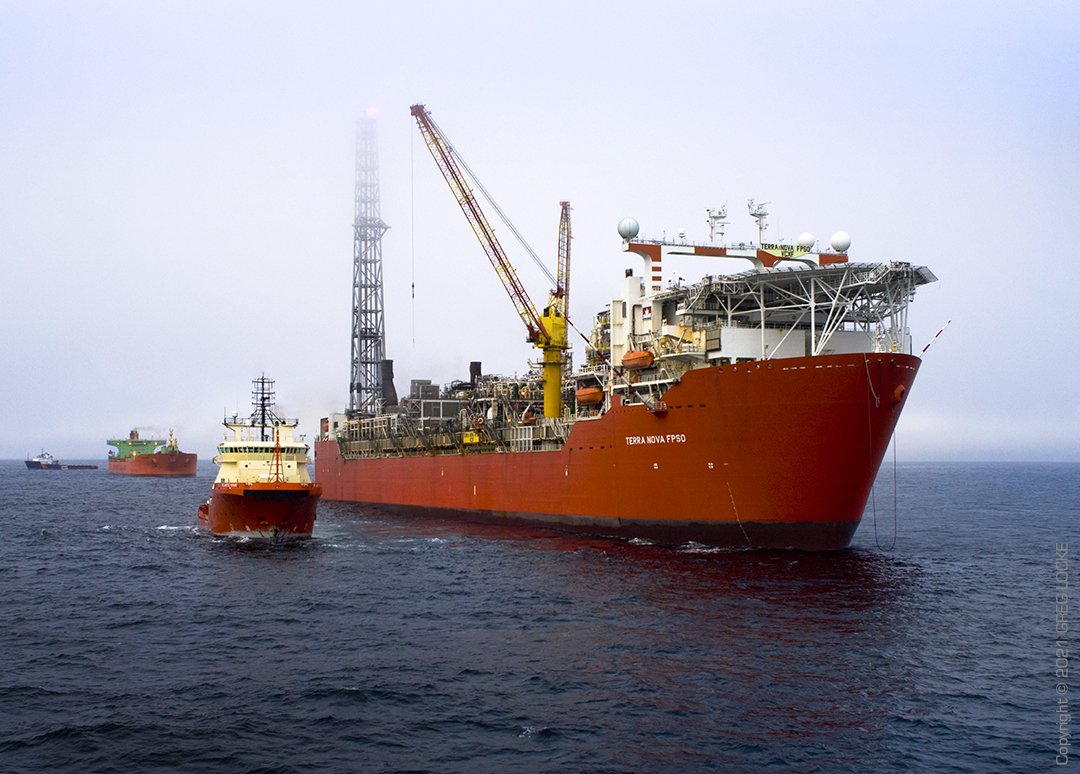 St. John’s, Newfoundland (May 27, 2021) – Calgary based Suncor Energy, lead operator of the Terra Nova offshore oil field on the Grand Banks of Newfoundland, says it will most likely be abandoning the oil field if it cannot come to an agreement with its seven partners.

Mark Little, the CEO of Suncor, told investors on Wednesday that the floating production platform will be decommissioned if an agreement is not found.

The Terra Nova FPSO was supposed to go to a dockyard in Spain last year when the COVID-19 struck. The ship is now tied up in Bull Arm, Newfoundland in need of a major overhaul that is estimated to cost $500 million.

It will represent the loss of approximately 850 direct jobs, thousand in the supply sector and royalty revenues to the provincial economy.

The project began in 2002 and was the second offshore oil field to go into production following the Hibernia project. This would represent a premature end to the field which is estimated to have 80 million barrels of recoverable oil remaining and 10 years more lifespan.

This entry was posted in All, Business, Canadian Journalist, Current Affairs, Energy.