The December solstice marks our turn from autumn to winter in the North, from spring to summer in the South. It’s a time of celebrations, renewal, and tradition — and for many, a welcome break in routine and a fresh start.

F&O will now take a break, and until our return on Dec. 31 we send our best wishes for your Christmas, Chanukah, and New Year’s celebrations. And for your break — or perhaps as a last-minute gift item — may we recommend the following outside works by F&O members Greg Locke, Brian Brennan, Jim McNiven, and Jonathan Manthorpe.

Why did Sophia Loren go back to Italy to serve a jail term for tax evasion? Why does the song “Amazing Grace” still occupy a very special place in the repertoire of singer Judy Collins? Why did Michael Nesmith quit The Monkees to start making music videos? Why did Shari Lewis start conducting symphony orchestras after she had endeared herself to kids all over the world with a comedy ventriloquism routine involving a cute sock puppet named Lamb Chop? Why did Chubby Checker go through 20 pairs of platform boots a year to keep his audiences twisting the night away?

Brian Brennan, a founding F&O feature writer and arts columnist, compiled some of the best morsels from his Brief Encounters series, based on interviews with celebrities over 15 years.

The collection of stories, based on conversations he had with celebrities during his 15 years as a newspaper entertainment reporter, are in F&O’s Arts section here — make even a small donation through our Subscription page,  to be taken to the page with the code  to access them. However may we recommend buying an ebook edition for $9.99 on Kindle,  Kobo, or iTunes , to have all 63 columns in one place.

The Yankee Road: Tracing the Journey of the New England Tribe that Created Modern America, by Jim McNiven

A Class Act: An Illustrated History of the Labour Movement in Newfoundland and Labrador, by Bill Gillespie (Photography by Greg Locke) 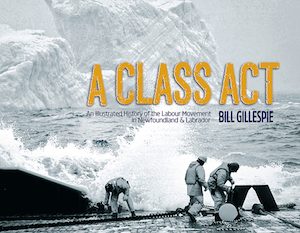 Union activists rarely make it into the history books and when they do the picture is seldom flattering. In this new edition of A Class Act, journalist Bill Gillespie confronts the myth.

This is the story of how Newfoundland and Labrador union members turned the nation, the colony and the province into the most highly organized jurisdiction in North America. Gillespie’s research reveals union losses and victories, their weaknesses and strengths and ultimately, their success. The narrative is illustrated with more than a hundred photographs.

Forbidden Nation: A History of Taiwan, by Jonathan Manthorpe

For over 400 years, Taiwan has suffered at the hands of multiple colonial powers, but it has now entered the decade when its independence will be won or lost. At the heart of Taiwan’s story is the curse of geography that placed the island on the strategic cusp between the Far East and Southeast Asia and made it the guardian of some of the world’s most lucrative trade routes. It is the story of the dogged determination of a courageous people to overcome every obstacle thrown in their path. Forbidden Nation tells the dramatic story of the island, its people, and what brought them to this moment when their future will be decided.

Touched by Fire: Doctors Without Borders in a Third World Crisis, by Elliott Leyton and Greg Locke

When the rapes and massacres, the plagues, the famines, the floods, or the droughts erupt in far-off places, the world stands still. MSF does not. They are the “smoke jumpers” among international aid organizations. While others are often stymied or delayed by bureaucratic red tape, the men and women of Doctors Without Borders (Médecins Sans Frontières or MSF) move in. They provide food and clean water. They dig latrines. They set up first-aid stations and field hospitals. They treat all-comers according to need. Often they are the last to remain in situations abandoned by others as too dangerous.

The risks they take are moral and ethical as well as mortal. They are acutely aware that giving aid is controversial. Does it really do any good to save a child from murder one day when it will probably starve in the weeks ahead? Is it appropriate to bring expensive western medicine into a country that, in the long run, can’t afford it? Should relief be given to civilians who are being starved on purpose, as part of a cynical political game, by a local warlord?

Elliot Leyton and Greg Locke saw something of the implications of these and other questions when they travelled to Rwanda in the fall of 1996. There they found themselves plunged into a humanitarian crisis of epic proportions. Hundreds of thousands of people were on the move. Armed militias and hostile armies lurked in the background. Mass starvation, plague, and an eruption into civil or criminal violence were immediate possibilities. The two Canadians, one an internationally recognized expert on the psychology of killing, the other an experienced photo-journalist, had a rare opportunity to observe MSF in action at a time when the stress was enormous and its resources were stretched to the limit.

They watched and listened, to the perpetrators of violence and their victims, to the survivors and those who gave them assistance, and, above all, to the people of MSF who dedicate themselves to saving lives because, in the words of one MSFer: “The world can afford a humanitarian ideal.”

The result of Leyton and Locke’s research is an extraordinary written and visual record of small miracles performed in the midst of catastrophe.

Newfoundland …journey into a lost nation, by  Michael Crummey and Greg Locke 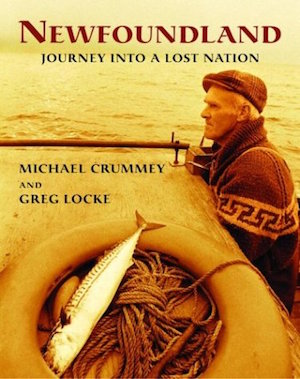 Greg Locke had been away from Newfoundland for years, working as a photojournalist in Canada, the United States, and in many of the world’s most troubled regions, when he decided to go home – and stay. The photographs in Newfoundland were taken over a period of more than a decade. They chronicle the passage of Canada’s easternmost province from a time when cod were still plentiful and the fishery shaped the lives of most of the island’s inhabitants, to the present, when a vibrant economy, propelled by oil and mineral development, is recasting the island’s identity in a new mould.

What Locke’s photographs reveal is at once forward-looking and nostalgic, beautiful and harsh. Above all, his Newfoundland is populated by survivors: a people who are resourceful, funny, resilient, and strong.

Poet and novelist Michael Crummey draws upon deep-seated memories of his own and of his father’s experience to evoke passing traditions and a disappearing way of life. But, just as Locke’s photographs reveal the emergence of a new, more urban and cosmopolitan Newfoundland, so does Crummey’s writing emphasize the continuing sense of belonging and the determination to persevere that are characteristic of his compatriots. He writes admiringly of a “culture deep enough to accommodate a world of influences without surrendering what makes it unmistakably of this place. Something alive and leaning towards the future.” This book embodies both a vision and a voice of rare power.

Hibernia is a platform which will lead to the development of a new offshore oil and gas industry for Newfoundland and Labrador (Canada). The official Hibernia book is a record of the highly commendable effort by so many groups and individuals, from geophysicists and provincial politicians to Hibernia management, staff, and workers, to fully realize the opportunity of the Hibernia project. A generous selection of impressive photos by Ned Pratt and Greg Locke complemented by engaging text records the many facets of the undertaking: faces and feats, construction progress and milestones at the Bull Arm site. These varied elements are combined in a record of history in the making, a quality keepsake chronicling the inception and development of a great enterprise fuelled by a remarkable blend of perseverance and skill.

Last but not least, here is the trailer for Greg Locke’s latest project, as a photographer for True North: The Canadian Songbook, a musical initiative celebrating Canada’s 150th Birthday. The massive project, by Eleanor McCain, includes thirty-three iconic Canadian pop and folk songs reimagined for full orchestras, from Victoria to St. John’s.