Our journalism boutique lineup this week features an essay by Jeremy Hainsworth, weighing discrimination against the good done by the Salvation Army in saving lives. We focus on corruption with three pieces: Jonathan Manthorpe’s column on Transparency International’s latest findings; India’s secretive war against corruption, and how America welcomes foreign high-rollers suspected of corruption at home. Fake News is on our horizon, too, with Tom Regan’s Déjà vu  perspective and thoughts in the Notebook section below. But first, give a minute of your time to the video of Viola Desmond, and don’t miss our brief story about her, below. 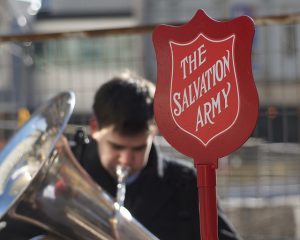 We’ve been here before. Overwhelmed by fake news. Making important political and social decisions based on lies, half-truths and deliberate manipulation of facts, shaping them into something quite hideous. Perhaps even ignoring them altogether.

Canada was slammed in a new report on corruption. It matters because tricks –blind trusts, shell companies, anonymous accounts in tax havens — are spurring the kind of populist, enraged politics that elected Donald Trump and is behind Brexit.  Unless Ottawa ensures that Canada’s privileged classes play by the same rules as everyone else Canada, too, will experience a tide of outrage. 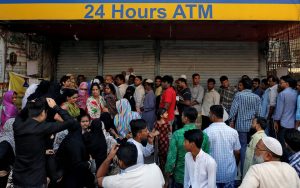 Indian Prime Minister Narendra Modi staked his reputation and popularity on a secretive flash attack on the corrupt “black money” his government has struggled to eradicate.

Wealthy politicians and businessmen suspected of corruption in their native lands are fleeing to a safe haven where their wealth and influence shields them from arrest: the United States, an  increasingly popular destination for people avoiding criminal charges.

How do we “know” what we “know?” Nope, this isn’t a trick question on an epistemology course. It’s the key to our lives, from the mundane (is that food safe to eat?) to social (can I trust that person?) to the most technical of calculations (how do I design a sound airplane?). Our world is built on evidence-based decision-making. In democracies, we depend on having enough citizens who know about enough stuff to make enough smart decisions — based on the best evidence available — to keep us alive. We depend on having enough citizens willing  to confront problems and fix them. And if there’s anybody left who doubts that our democracies are in crisis, the events of 2016 dispelled our illusions.

Will democracy last? Some fear for this grand experiment; see this study showing a drop in support for the very concept. Its detractors might consider what system they’d prefer: Rule by royals? Tyranny by dictators? Authoritarianism posing as Communism? I agree with Winston Churchill, who considered democracy the least bad of the options.  But our willingness to accept lies as facts — like the lies told during the UK vote on Brexit and the American election — could be its death knell.

This week F&O partner Tom Regan argued in his column, Fake News: Déjà vu all over again, that untrustworthy “news” is hardly new.

But here’s why I think fake news is so widespread today: real news can be depressing. We are a society that avoids sadness, suppresses reflection with distraction, and stocks an arsenal of drugs and therapy for depression. And, increasingly, we also refuse to embrace real news.

The root cause of “Fake News” is deeper than the culprits most often blamed:  the venality of the deceivers, the glee of those who profit, manipulations by the Russians, distrust in traditional media, the gullibility of sheeple. I contend that “Fake News” flourishes because we have a pandemic of Happiness Disorder.

Happiness is, obviously, a good thing. But happiness is neither real, nor achievable, if the only way we can feel happy is by turning a blind eye — especially when there’s a cliff in our road. Staring crises in the face is hardly happy-making — but ignoring a crisis is deadly. Democracy requires that enough of us keep watch to avoid driving off cliffs. Without enough clear sight — without some willingness to seek “knowledge” — where will we find ourselves? 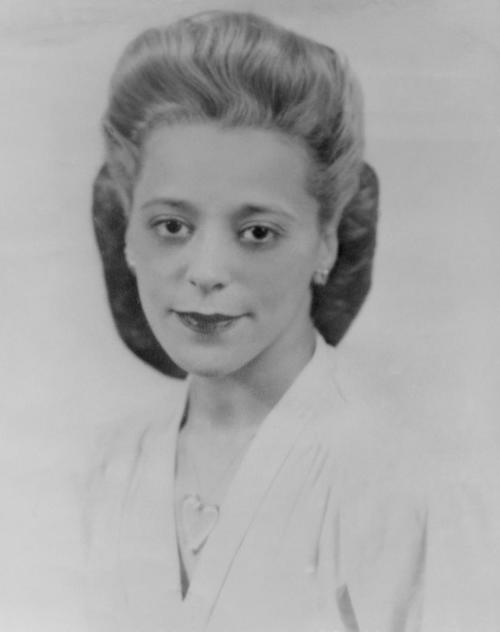 The image of civil rights leader Viola Desmond will grace Canada’s next new $10 bill, being designed for issue in 2018, the Bank of Canada announced this week.

In 1946 Desmond, a successful businesswoman in Nova Scotia, refused to sit in the “coloured” section of a theatre in Cape Breton. Police dragged her out and locked her in jail. She was later convicted and fined on a tax technicality. She lost her appeal, but her story spread far and wide, and by 1954 segregation in Nova Scotia was abolished. Desmond, who died in 1965 aged 50,  was pardoned posthumously in 2010 — by Mayann Francis, also a black Nova Scotia woman, and Nova Scotia’s then-Lieutenant Governor.

“The breakup of Europe, the rise of plutocrat-populists such as Trump, the failures of Mark Carney and the technocratic elite: he has anatomised all of them,’ writes Aditya Chakrabortty in a Guardian profile about Wolfgang Streeck: the German economist calling time on capitalism. “Not so long ago, such catastrophism would have been the stuff of Speakers’ Corner. Today, it goes right to the brokenness of politics.”

A remarkable multi-media New York Times feature examines the slaughter underway in the Philippines, where President Rodrigo Duterte has launched a war on drugs unlike any the world has seen. “They Are Slaughtering Us Like Animals” by Daniel Berehulak is a gripping photo essay, grisly and sometimes heart wrenching, documenting 57 killings.