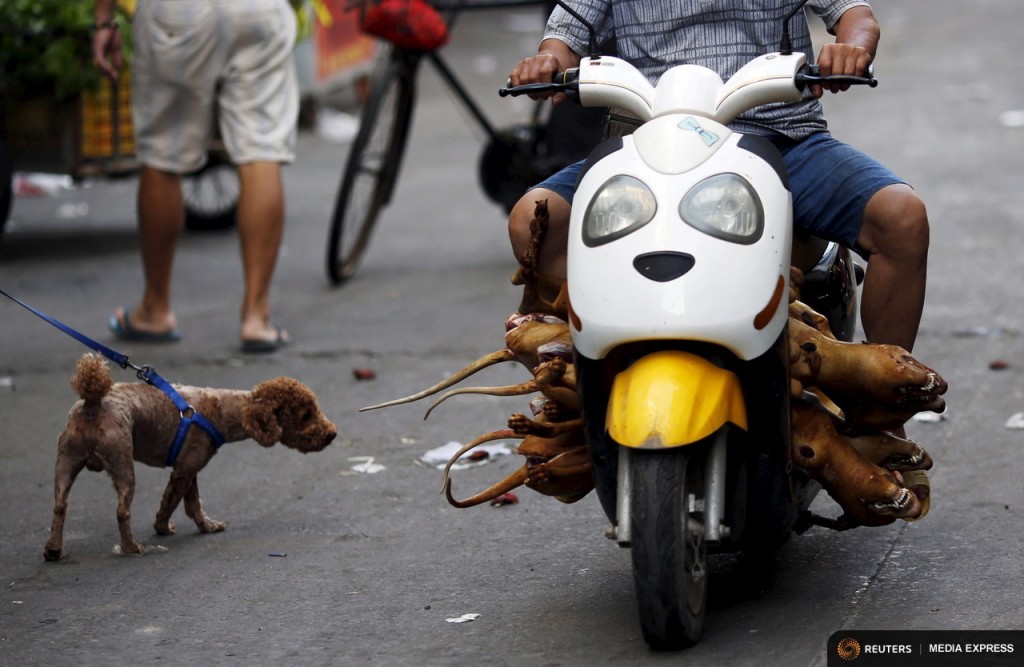 A man carrying butchered dogs drives past a pet dog at a dog meat market ahead of a local dog meat festival in Yulin, Guangxi Autonomous Region, June 21, 2015. Local residents in Yulin host small gatherings to consume dog meat and lychees in celebration of the summer solstice which marks the coming of the hottest days for the festival, which this year falls on Monday. REUTERS/Kim Kyung-Hoon 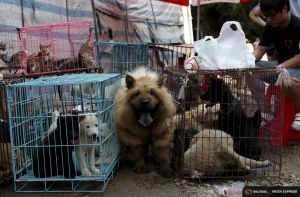 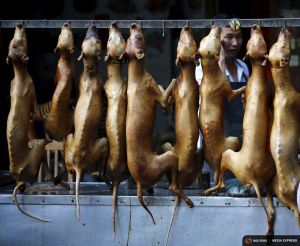 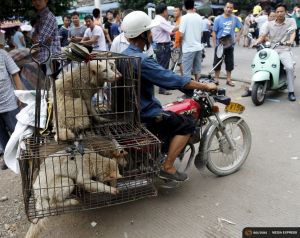 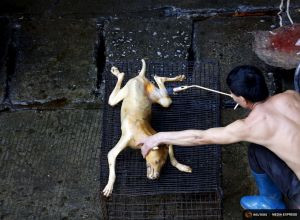 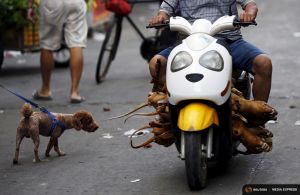 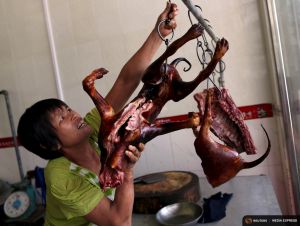 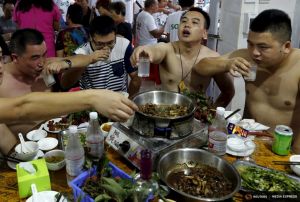 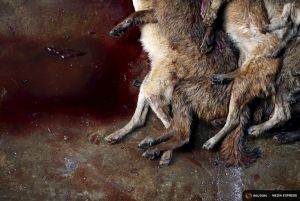 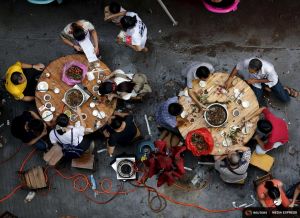 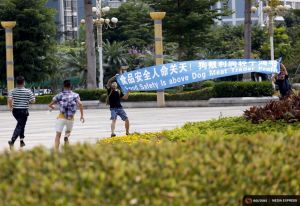 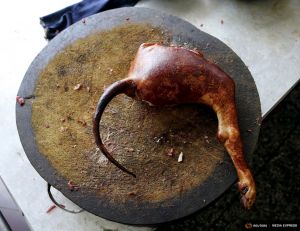 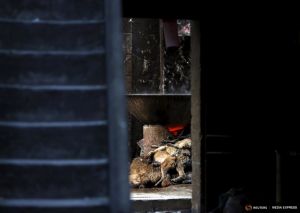 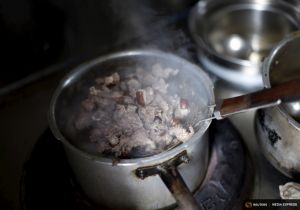 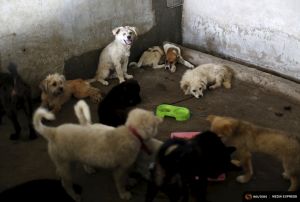 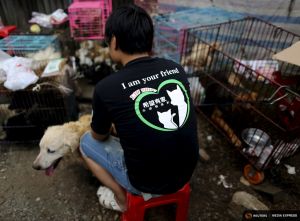 Butchers kill dogs by stunning them with hammers and strangling them with nimble hands. The animals hang for sale on hooks after being grilled with blowtorches.

That is a typical scene in Yulin, in China’s southern region of Guangxi, at the dog-meat eating festival held every summer. The practice has become increasingly controversial in China in the past five years or so.

If Slaughterhouses had Glass Walls … , column, by Deborah Jones