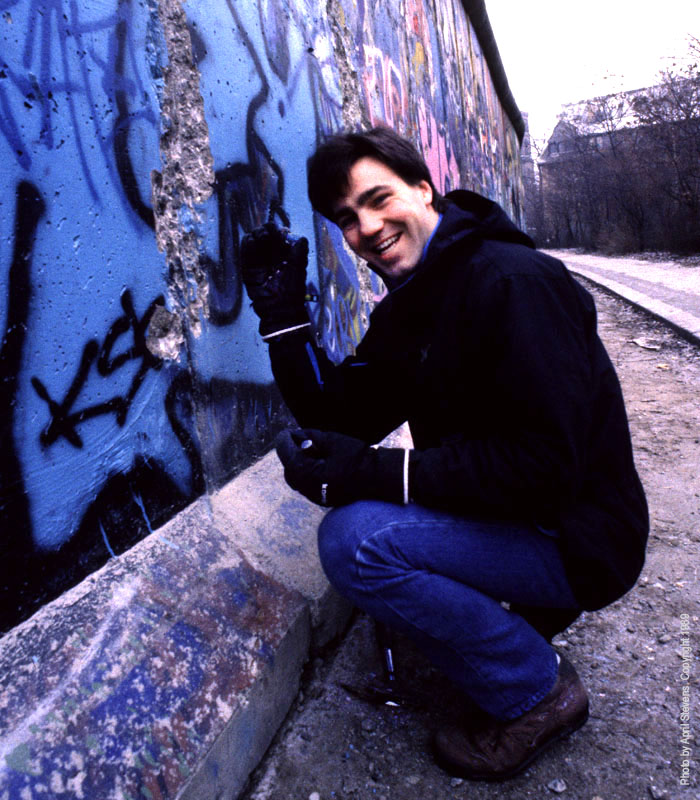 Greg Locke does his part in taking down the Berlin Wall in 1989. Photo by April Stevens © 1989

In the fall of 1989 a friend and I were watching, from a distance, the unravelling of the Soviet Bloc countries in Eastern Europe. Being experienced journalists we knew this was the place to be in the next few weeks. I plunked down the credit card, secured an assignment guarantee and we landed in Berlin just days before the fall of the Berlin Wall and the opening of the famed and iconic Brandenburg Gate. Here, on the East side of the Berlin Wall – die Maur – there would be a public ceremony with east and west politicians before the last border crossings were opened. It was just before Christmas and it only added to an already heady, festive atmosphere.

The night before the ceremony at the Brandenburg Gate we took the last train into East Berlin. We crossed the Spree river, passed over the Berlin Wall and “No Man’s Land” and lined up among the bemused and confused looking, and notorious, East German border guards at the S-Bahn station on Friedrichstrasse. I held back until midnight and was rewarded with the last East Germany visa issued at this crossing. The young border guard pushed the paper under the grill, grinned and said, “You should save that”  and slammed the grill shut.  We spent the night in the Christmas market, following a socialist protest and with the crowds gathering along Unter den Linden and Pariser Platz behind the wall where we could hear the people on the west side chipping away at the concrete with chisels and rock hammers.  It was a party. East side, west side and on top of The Wall. Even the dour East German police were smiling. 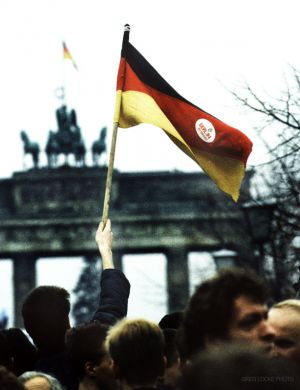 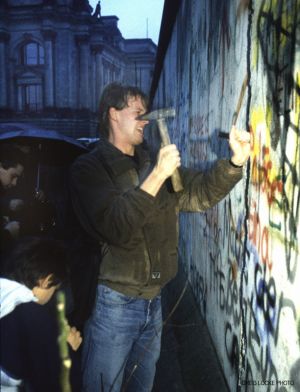 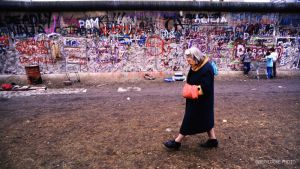 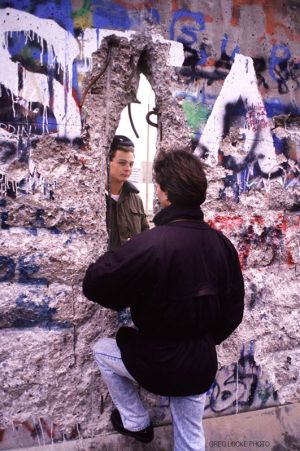 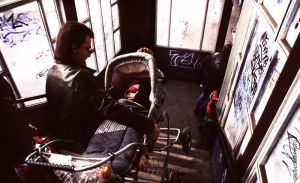 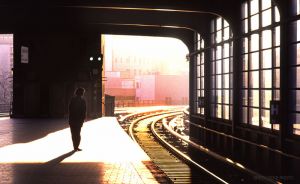 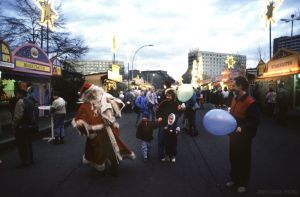 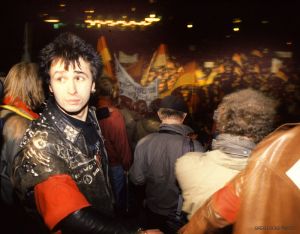 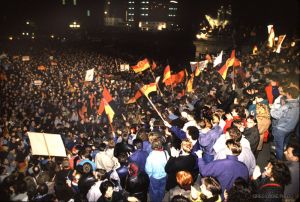 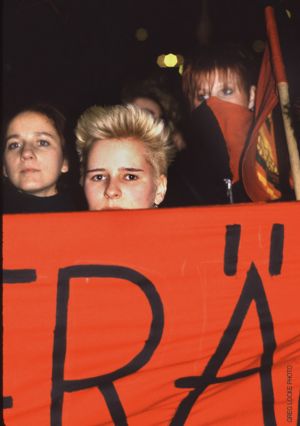 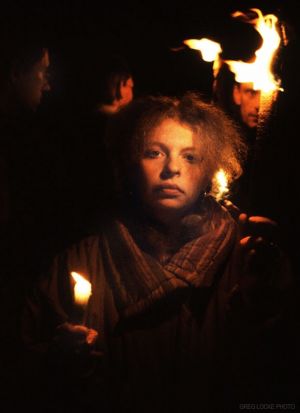 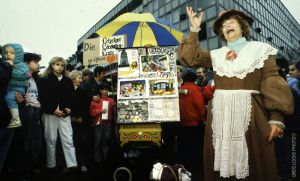 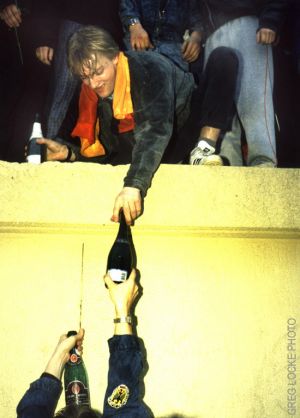 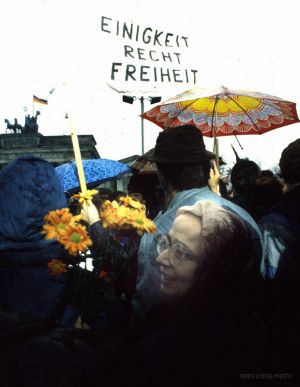 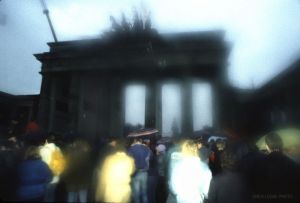 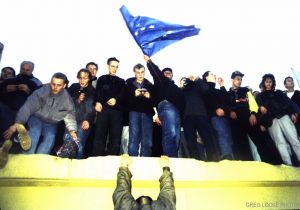 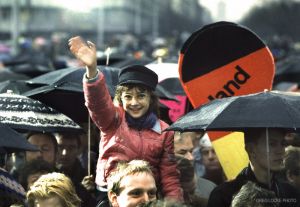 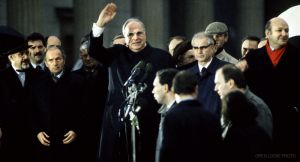 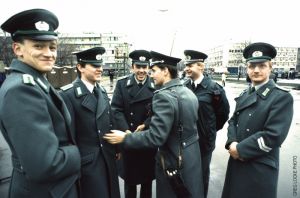