Out of Time: Daylight (Saving) Delusions 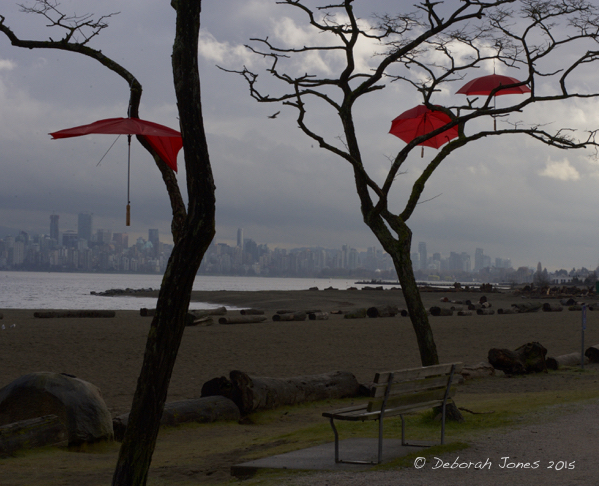 A cycle of storms slammed the Pacific Northwest, where I live, during the spring change to “daylight saving” time. Gales uprooted trees, tore down power lines, smashed buildings, crushed cars, killed at least two people and left hundreds of thousands without electricity. People took shelter as, above and all around us, vast forces reshaped the warp and weft of our world into a heaving tapestry of waves and wind, floods and rain. We huddled indoors through the worst of it, and on March 13 we nudged our clocks ahead one hour.

Listening to the rain lashing windows as I moved through the house changing time, I wondered, Do we think we’re magicians, able to “save” daylight any more than we can conjure an end to a storm?

Evidently some of us do, those who strive to control all variables in our world. It’s no accident, I suspect, that most jurisdictions using daylight saving time are in the developed countries, where  little is valued more than a work ethic, career coaches specialize in time management, and the nostrum “time is money” is gospel.

But if our goal with daylight saving time is practical, it makes no sense. Benjamin Franklin first proposed the idea in 1784 — as a joke. Any good reasons for implementing it after that are long-forgotten or obsolete; leaving only questions. Is it good for the economy? Bad for the economy? The answer depends on whom you ask, and where they are. Should we worry about research linking spikes in heart attacks and injuries to the time change? Probably.

Probably, we should rethink our whole system of time zones. Instead, zombie like, 1.5 billion people fall back or spring forward in unison twice per year. Perhaps Ben Franklin is enjoying a really long, very bad, joke on us.

I’d prefer that daylight be left alone. I’m not the only grouch about this. Attempts to end DST — it sounds like a disorder — include the odd petition. Personally, every time change leaves me adrift for weeks. My brain fires awake at my usual time — except that after the autumn “fall back” the rest of the world remains asleep, and after the “spring forward” I’m left sleep-deprived.

Then there’s the clocks! Nobody should trust clocks in daylight saving time zones. We’re all so reliant on computerized gadgets we can’t be sure that people have updated the things. There’s always an odd clock out of sync, like a booby trap. Once, weeks after a time change, I nearly missed a ferry sailing because nobody changed the dashboard clock in the family car. I know several people who missed international flights because daylight saving time is inconsistent across borders.

We can’t even agree on what to call DST. Is it Daylight Saving Time — or Savings, plural? Laws in different countries use different versions, providing grammarians with hours of mind-numbing diversion.

I’ll concede one thing. “Saving” daylight has an appeal in the far northern or southern hemispheres, where dark winters usher in SADness — Seasonal Affective Disorder.  Tackling SAD would be a good use for daylight savings — but in a crazy-making twist, daylight saving time in the north is instead designed to extend summer days, plunging those who live near the pole into even deeper winter depression. Now that’s just sick.

Nobody is fooled by daylight saving anyway — not us, hard-wired as we are in our circadian rhythms, not the physical world, spinning around the sun and majestically impervious to the too-clever schemes of puny bipeds.

Why do we tolerate this silly system?

My hunch is our desire to shape not merely our material world, but time, has more to do with denial than daylight. We are mortals, and haunted by time. Time is one of the few aspects of modern life beyond our control. And in denial of the fact that our time on this world is limited, in denial that the sun rises and sets according to cosmic not human forces, in denial that we cannot really trap sunshine, we devised a scheme to “save” daylight.

Or maybe Daylight Savings Time is an act of defiance, of our lot on this rock spinning in space. And maybe that’s OK. Maybe people need the glimmer of comfort found in a game to change clocks twice each year. It gives us something to do, makes us feel important.

My own clocks are all now in sync. But, it’s still raining. So here’s my proposal: since we insist on legislating daylight, it’s long past time that we did something about the weather.

This entry was posted in Uncategorized and tagged Daylight Saving Time.