OTTAWA – When Justin Trudeau called the federal election 2021 on August the 15th, with still two years left in his mandate, the federal Liberal party had a nearly 10-point lead over the Conservative party. He took a gamble that the public would look positively on this government’s Covid-19 response, and that the Delta variant fourth wave would not emerge. With the popularity of the Conservatives then at a low point, and internal division emerging around party leader Erin O’Toole, there were Liberal hopes of getting a majority government and not having to negotiate with the NDP or Bloc Quebecois to pass legislation. In the game of Politics, it seemed to be a good time to strike. 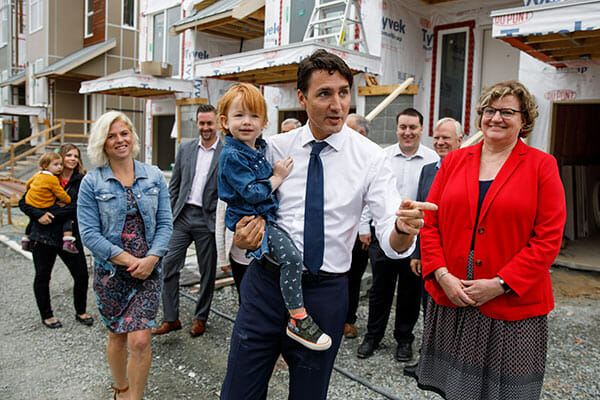 With 25 days until the September 20 election, the Delta variant of Covid-19 is spreading and the Liberals have lost their lead. They’re now slightly behind the Conservatives, with each party hovering at just over 34 percent, according to 338Canada.com, a website which tracks national polling trends.

Thirty days is a long time in a national election. History shows anything can happen. But to lose such a significant lead in two weeks has to be disconcerting for Liberal election strategists and operatives.

With Covid-19 numbers rising again in the more populated parts of the country, the spectre of the 2020 provincial election in Newfoundland and Labrador must surely be haunting election planners.

In that province election day had to be cancelled at the last minute due to an unexpected spike in numbers, forcing the province into another lockdown, and sending election officials scrambling to find a way to allow citizens to vote by mail. It was a month before final election results were announced. 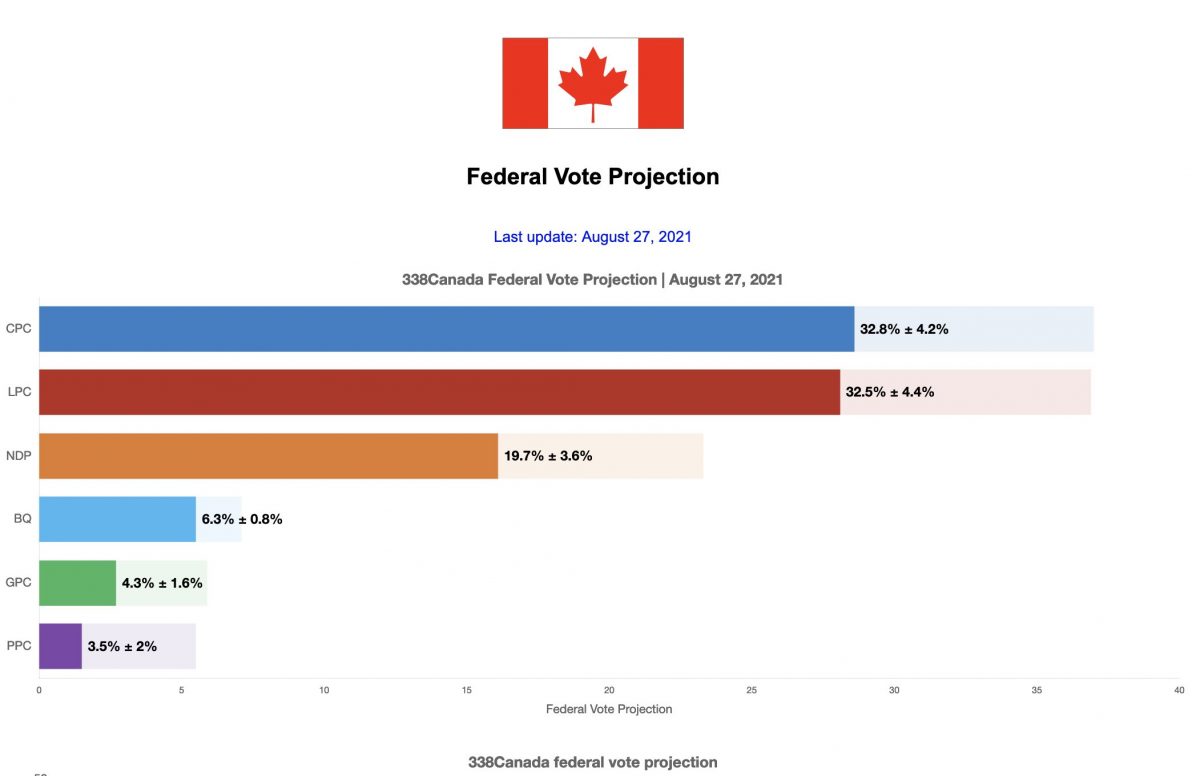 The collapse of Afghanistan, and Canada’s response to extracting Canadian citizens and Afghans who worked for Canada, now under threat from the Taliban, is seen as a failure of the Liberal government. This is a hit for the Liberals but it is not a major reason. It is just another in a long line of inadequate responses and broken promises from Trudeau’s Liberals, along with issues such as treatment of Canada’s indigenous people and reconciliation, inaction on environmental policy, election reform, and the party’s continued support of the oil and gas industry. This costs Trudeau support in the progressive side of his party. A lot of Liberal supporters are tired of waiting.

Conservative leader Erin O’Toole has been making moves toward the centre with social and environmental policy announcements, albeit thin on details, and trying to quiet down the extreme right wing of his party. This may take some votes from the more conservative Liberals and pick up some in Quebec, but it will also cost him some votes with the Conservative party base in Alberta and Ontario.

Although there is a slight uptick in numbers for the extreme right People’s Party of Canada (PPC), a rift on the right does not seem of have manifested so far, despite lots of grumbling with O’Toole’s leadership from the hard right. Talk of members jumping to the People’s Party of Canada or the Freedom Party or another far right party is not significant in polling so far.

Vote splitting in both the Conservative and Liberal parties could be an issue as both parties try to stake out their ideological middle ground and not lose supporters to parties further to the right and left.