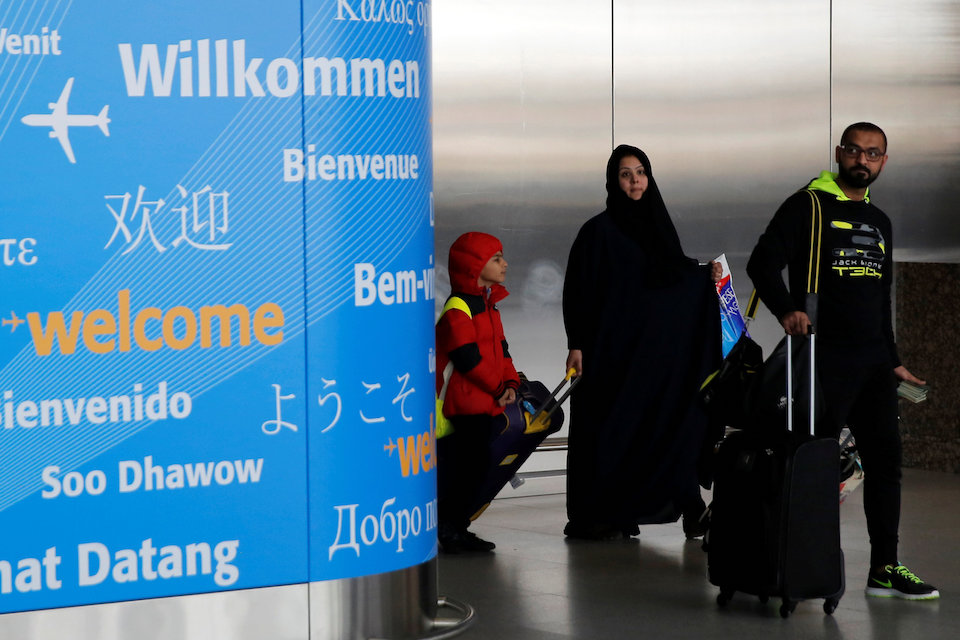 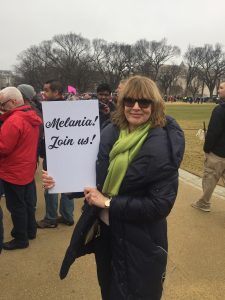 Estimates put the Washington, DC, Women’s March at between 500,000 and a million people, while sister protests in more than 650 U.S. centres and another 261 internationally drew an additional 3-5 million people. Journalist Cheryl Hawkes marched in their midst. This is her story about it, and thoughts about what comes next.

Rule of Law vs Rule by Man, by Deborah Jones  Column

President Donald Trump’s most far reaching action since taking office plunged America’s immigration system into chaos on Saturday, not only for refugees but for legal U.S. residents who were turned away at airports and feared being stranded outside the country. Arabs and Iranians planning U.S. trips reacted with fury, while Canada’s Prime Minister Justin Trudeau welcomed those fleeing war and persecution. 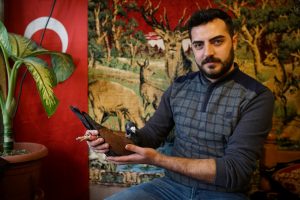 Turkey’s Pigeon Auction: a photo-essay. Above, Ismail Ozbek, 23, with his pigeon in  Turkey. REUTERS/Umit Bektas

Ukrainian groups are recruiting neo-Nazis from Brazil to fight against pro-Russian rebels. However strange this might seem — 30 years after Brazil embraced liberal democracy —  conservatism and political extremism have been on the rise in Brazil.

Every January, I do a digital tune-up, cleaning up my privacy settings, updating my software and generally trying to upgrade my security. This year, the task feels particularly urgent as we face a world with unprecedented threats to our digital safety.

As night-time approaches in Sanliurfa, southeastern Turkey, most of the alleyways of the city’s old bazaar are emptying out, except for one. The bustle of daytime trading has died down, but on this little street, a stream of men carry cardboard boxes filled with pigeons to a cluster of three teahouses. Here, they sell the birds at Sanliurfa’s famed auctions.

Arthur Kent, a war correspondent who left U.S. television journalism to enter Canadian politics, won a defamation lawsuit against Canada’s largest newspaper publisher and one of its former columnists. Arthur Kent was awarded $200,000 in compensatory damages.

Should Trump win, Canada will benefit from fourth wave of US refugees, by Jonathan Manthorpe, September, 2016

There are a few reasons why Canadians might welcome the prospect of Donald Trump winning the United States presidency, among them that it may set off the fourth wave of refugees seeking sanctuary in this country from political persecution and upheaval at home. By and large, Canada has done well out of all these waves of migrants fleeing the U.S

Note: Jonathan Manthorpe is traveling. His column will return in late February.