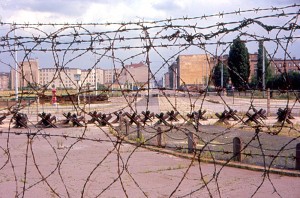 Roger Wollstadt Follow
Berlin – “Der Sozialismus Siegt!”
“Der Sozialismus Siegt” (socialism is victorious) is one of the slogans that the East German regime used. The tour bus left East Berlin, and the sun came out. The last stop was a place where you could climb up steps and look over the wall into East Berlin. This looks toward Potsdamer Platz, which had been one of busiest places in Berlin in the 1920s and 1930s. In 1963, with the Wall, nothing but empty spaces and tank traps. I took a photo over the barbed wire, then tried a shot through the barbed wire. This is the result. It is my favorite Berlin Wall photo. 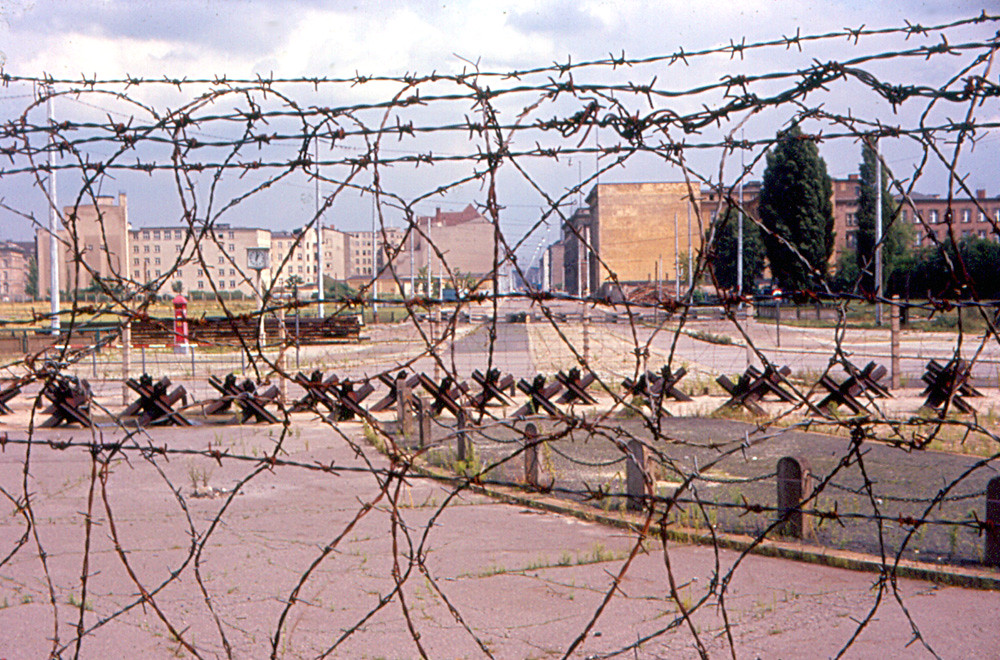