When is free speech not “free” on campus? 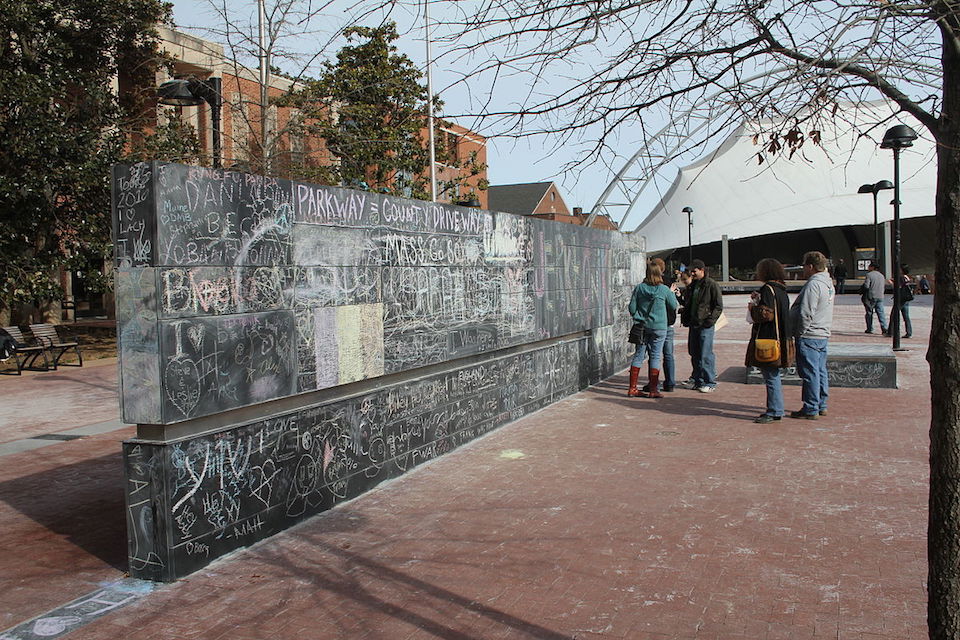 Many years ago, after a function we had attended during our year as Nieman Fellows at Harvard, Charles Unyango-Obbo and I were the last to leave. As we came out of the venue, Charles began intently gazing up and down the dark street. Puzzled, I asked him what he was doing.

“Looking for the police cars,” he said to me. Aware of Charles’s reputation back in Uganda as what we in Canada would call a “shit disturber,” I knew he was regularly on the target list of the authorities. “Charles,” I replied. “There are no police cars here.”

Fighting for freedom of speech often means not losing your edge.

Of all the things that I value the most about living in a democracy, freedom of speech is probably the most important thing. I’ve had the honor of knowing foreign journalists, like Charles, who have been arrested, kidnapped, jailed, beaten, exiled because their struggle to report the true facts enraged the authorities or criminal elements in their countries. And being around them has taught me how important it is to fight tooth and nail for freedom of speech in America and Canada. For me it is the highest ideal. It is the cornerstone of what our countries are built on.

And so when I read about actions by students lately to limit the rights of conservative or far right speakers on several American campuses, my first reaction is one of rage. How dare they? 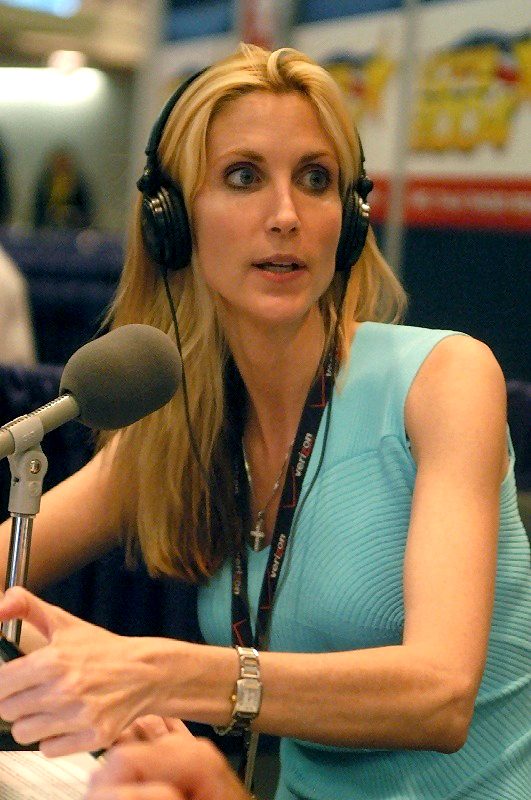 Ann Coulter is a provocateur, writes Tom Regan. Above, Coulter at the 2004 Republican National Convention. Photo by Kyle Cassidy via Wikimedia, Creative Commons

Take the case of Ann Coulter, a woman I truly despise as an evil provocateur. Recently, officials at Berkeley in California, fearing unrest if Coulter spoke, canceled her appearance. As much as I detest her, my reaction was immediately negative. To paraphrase a quote attributed to a biographer of Voltare, “I may disagree with what you say but I will defend to the death your right to say it.

But it’s not that simple.

Some of the criticisms leveled against speakers like Coulter, who present views seen as unpopular, hateful, or controversial, actually have some merit, and those of us who rant and rave about freedom of speech need to, well, shut up and listen.

In particular, the comment that freedom of speech has too often in the past meant freedom for the white majority and really not for anybody else, is an idea with which I am in complete agreement with.

I also find that many conservatives complaining about the lack of “freedom of speech” on American campuses in the past, or even the present, would in a heartbeat end or eliminate the rights of groups they find distasteful. Nor do I discount some of these comments because they may come from a small group or a few people who make these criticisms. Being small in number does not negate the value of your viewpoint.

I also find that most media in America looks at life through a racist lens, when reporting on these conflicts.

Recently, three black students at Pamona College in California wrote to the University president to protest the appearance of a conservative speaker, and added that they believed “truth” was a myth and a “white supremacist concept.”

Now you can agree or disagree with what they said (for the record I strongly disagree, but I can also see the point they’re trying to make, although they did it  poorly). But the way it was covered by the media it seemed that this was an idea shared by all black students on the campus, or even all black students across America — proving once again that in the eyes of some media, anytime one minority individual says or does something controversial, he she or they represents all people in their group, yet if a white individual says or does something controversial, it’s just that particular individual.

That said, I also believe that many of the students who stand in opposition to speakers they find objectionable are wrong. And that by engaging in many of the same practices that have been used against them in the past, they are providing fodder for their enemies and a further reason to delegitimize their viewpoints.

Students who protest these speakers overlook two important insights: one, while there will always be a small number of people attracted by their worldview, by letting them speak you turn them into their own worst enemies: their words turn off more people than turn them on. Second, by giving them free publicity you are making them more relevant than they need to be.

Earlier this week, I spoke with my son, who is in his second year at a college in Wisconsin. He’s a progressive, a Bernie supporter, active participant against hate speech at his college. He often goes online to confront racists and white supremacists, and has this amazing ability to use their own logic against them to shut them down. So we talked about the freedom of speech issue and he offered me these guidelines.

Protesting against a person just because you don’t agree with their views is wrong, and ultimately serves their purpose more than yours, he said. But the right of some people to speak needs to be confronted, and for him that bright red line is when a speaker has called for, or directly incited, violence, particularly against people are members of a gender, racial or religious minority.

Let’s take some recent cases and see how they would fit. With this standard, there would be two people for which university authorities could appropriately deny  speaking spots on campus: Richard Spencer, and Ann Coulter. Both have called for, or incited, violence against one of such groups. At heart, they are not interested in preventing different viewpoints, or free speech, but only in being deliberate provocateurs.

Under these guidelines, however, one person that should be allowed to speak is Charles Murray, the controversial author of The Bell Curve.

Murray’s views may be distasteful, but he has never openly advocated for violence against anyone. Worse, Murray is really and truly yesterday’s news; by protesting his right to speak on campus, students have only given him unwanted publicity and raised his profile in the media (only proving Oscar Wilde right again, that the only thing worse than being talked about is not being talked about).

The way you defeat the ideas of a Charles Murray is with better ideas that show the prejudice inherent in his body of work.

Student activists have a right to protest, but unpopular ideas also have a right to be heard. By thinking more about who or what they are protesting, and using the guidelines suggested above, perhaps some kind of equilibrium can be achieved.

Whatever decision is made, not everyone will be happy. But I don’t think that happiness is what we’re aiming for here. We’re just trying to keep our edge, in the right way.