Trying to listen in Trump’s America 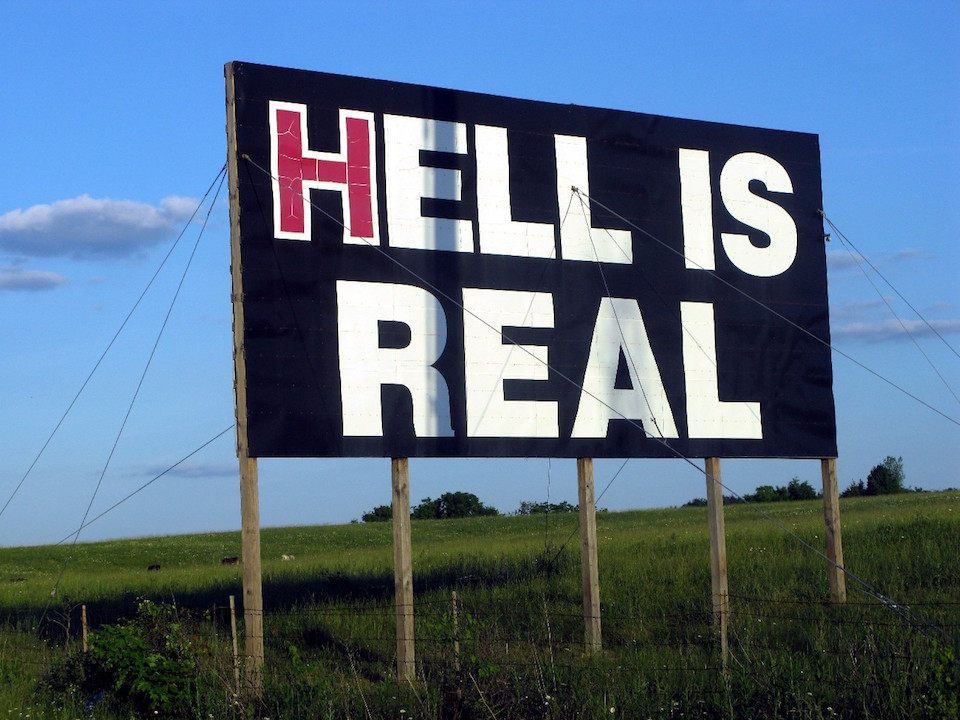 In the heart of America, there are long, flat stretches of emptiness in the spring. Fields, only recently plowed and sown with the fall’s harvest, still look barren and soggy. No majestic fields of wheat or corn greet the eye.

I’m driving to Wisconsin to pick up my son from school, accompanied by my daughter. She goes to school in Canada, and so has been out for a couple of weeks. I asked her what she thinks of the landscape. She gazes out the car window, turns to me and says “The only thing I can compare it to is the ocean. So empty and flat.”

This is a trip to Trump country. West Virginia, Pennsylvania, Ohio, Wisconsin. All states that voted for Donald Trump. In fact, one might say they are the states that elected Donald Trump, particularly the latter three.

The signs along the road tell me that this is a different country than the one I left back east. “Jesus is Real” proclaims one large sign. A few miles on another one reads, “Praise be to the Lord, “ and includes a notation of a Psalm from the Bible.

I pull into a gas station and mini-mart somewhere in Ohio. There is a rack of T-shirts supporting the Second Amendment. “Pro-Life, Pro-Gun, Pro-God,” reads one shirt. A small blonde woman in in a torn jean jacket is looking at a T-shirt that reads “I’m a God-fearin’, Bible Believin’, Gun Packin’, American Lovin’ Conservative.”

It’s not all religion and guns, mind you. On the return trip, as we cross from Pennsylvania into West Virginia, the first sign you see is for Jill’s Gentlemen’s Club. “Class acts” the sign assures me.

Maybe it’s just the time of the year, maybe it’s just because things haven’t started to grow yet, maybe it’s just because I’m only driving I-70 and not actually going into any town, but there’s a sense of decay along the highways in this part of the country. While modern, brightly-lit trucks stops cater to the endless ribbon of semis that drive across this country, more often than not the gas stations I pull into need a new paint job, and the pumps don’t always work properly.

The sense of disappointment, of being left behind, hangs in the air like fog. It’s those feelings that helped elect Donald Trump.

I’ve lived in the East my entire life, either in Canada or the United States. Middle America is not my world, and I do not feel at home here. I feel like I have driven into an entirely different country. I’m not sure how to navigate that. People are friendly, but wary. The day I wore my T-shirt with an evolution joke on the front people eyed me a bit suspiciously.

In a motel where we stay, in the free breakfast bar, the television is tuned to a news channel talking about the firing of FBI director James Comey, and the backlash that this has produced among Democrats, Independents, and some Republicans. I asked the person at the next table what they think of the whole thing.

“Well, it was a bit clumsy, but Trump did the right thing. Getting rid of Comey was part of cleaning up the swamp. It’s what the Democrats wanted, so I don’t see why they’re so upset,” he tells me. When he asks me what I think, rather than get into an argument, I tell him I want to wait and see what happens over the next few days.

The most interesting conversation, however, came the next day at the next motel. As we were checking out, a young fella came over to me and started to talk. A truck driver from Alabama, he and his wife were in town to take a safety course at the new company for which he would be driving. The conversation is pleasant and enlightening.

“No, I own my own rig,” he says when I ask. “It’s only way to do it. That way nobody can tell me what to do and what to haul unless I want to. As it is, everybody hates you. The dispatchers, the shipping clerks, the guys who work at the total booths. Everybody just wants to give you a hard time. I’m just trying to make a living.”

He tells me that there is a need for almost 300,000 truck drivers in America. I think back to the highway and that line of semis that seems to stretch from horizon to horizon. And they need more? He says it’s because most truck drivers only last about a year. And then they get fed up with being told what to, and the long hours, and the bad pay, and quit. And move on to the next company.

And as we’re talking it strikes me that he just wants someone to listen to his story. Maybe that’s the key to understanding Trump country. People just want to tell their story, and have someone listen to them. And take them seriously. They want to be valued for what they do, and what they believe.

Then my moment of understanding is shattered by my daughter. I tell her that I think that people around here just want someone to listen to them. “Yes, but they’re not listening either,” she says. “It’s not a one-way conversation.”

I realize that she’s right, and that makes me sad. We increasingly live in two worlds in America. Two different cultures, with different priorities, different beliefs, different ideas of what it means to be American. Once upon a time the idea of being American is what held everybody together. Not anymore. And I believe that gap is growing, and getting harder and harder to cross with every passing day.

We’re back on the highway again, headed towards Wisconsin. We pass a series of Burma Shave-like signs: “I have a gun.” “It’s pretty and pink.” “It makes an attacker.” “Stop and think.”

And again I think that we’re all just talking, and the only opinion that matters is our own.