The West’s racist response to terrorism 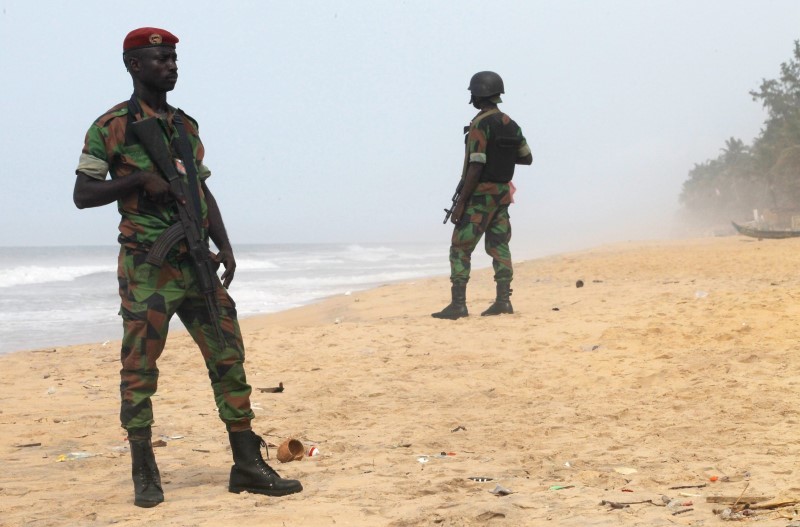 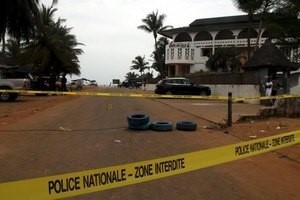 It was a horrible attack. The terrorist gunmen walked up and down the beach, slaughtering men, women and children with each step they took. In one case, a small child begged for his life only to be murdered by the gunmen. A deaf child in the water, who others tried to warn of the danger, was also gunned down.  In the end at least 20 people lay dead, including two soldiers from a group who had arrived to confront the al-Qaeda terrorists.

In America no flags flew at half-staff  for the people killed on that stretch of sand. No one changed the avatar on their Facebook page to reflect the colors of the Cote d’Ivoire. The Eiffel tower was not lit up at night in solidarity with the people of this African nation. There was no non-stop coverage of what the shootings meant for America or the world. There were no talking heads on TV endlessly debating whether or not we needed improved security everywhere humanly possible. No correspondents or cohosts of morning news shows live in on the scene in Abidjan, where the shootings occurred. No mourning for the individual victims of the tragedy, no pictures of who they were, no comments from their friends and family about how much they would be missed.

We are so racist in our grief.

The overwhelming number of those who are victims of terrorism live in the countries of Africa, the Middle East and South East Asia. The numbers of their dead dwarf the numbers of those killed in the United States. More Americans have been killed by white supremacist groups or individuals than by terrorists since 9/11. 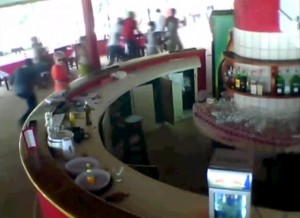 Yet it’s a simple fact that we in the West just don’t care if the place attacked is not some Western icon of civilization or if those killed don’t primarily look like us. It’s probably true that if ISIS and Al Qaeda or Boca Haram went on killing people in the Middle East and Africa and left us alone in Europe and America, we wouldn’t give a fig newton about who they might slaughter. Although we might venture a “Isn’t that sad” or “Somebody should do something about that” and then resume our golf game or our spa appointment or binge watching “Game of Thrones.”

And our racist responses play right into the hands of the terrorists. We are like Pavlov’s dog. A terrorist attack in the western city that claimed the lives of Westerners sends us into spasms of fury and grief. Politicians jet around the world to meet with each other to discuss the situation. Troops are deployed. Candidates for public office make statements that drive those who might be teetering between us and them further towards the terrorists, statements the terrorists use in their videos to say “See, we told you, they hate us all. So come and join us.”

No doubt the people who live in countries outside of America and Europe, who often suffer from daily terrorism in a way that we truly cannot comprehend, look at it the disproportionate responses to terrorism based on where they happen in the world as proof of the fact that we really don’t care much about them. And who can blame them.

The danger is that these racist responses make us even more of a target. We so overreact, we paint a great big red bull’s-eye on ourselves. Kill hundreds of Africans or Iraqis with a couple of car bombs – maybe get a short AP brief and a 10 second mention on the NPR news update. Kill two or three Westerners, however, or even better 10 or 20 or even 100 and you can take over the world; or at least the news and political cycle for a week and a half, which is just as good.

The answer seems quite simple. If we treated every act of terrorism as a crime against all of humanity, not just with the occasional platitude or 10 second mention on the news, we could make it much harder for the terrorists to operate with impunity. If African nations like Cote d’Ivoire knew that a terrorist attack on their soil would bring the kind of overwhelming response that the attack on Brussels did, perhaps they feel more secure about standing up and confronting the terrorists in their midst.

To be realistic, that’s probably not going to happen anytime soon. We can count on more discrepancies in the way we respond to terrorism. As a friend from the Middle East said to me this week, ”That’s just the way it is Tom. We’ve gotten used to it.”

And hearing that made me almost as sad as the actual the actual attacks.

The scariest thing about Brussels is our reaction to it, The Guardian: http://www.theguardian.com/commentisfree/2016/mar/24/scariest-brussels-reactoin-paranoid-politicians-isis-atrocity-belgium?CMP=share_btn_fb