The unbearable lightness of US presidential campaigns 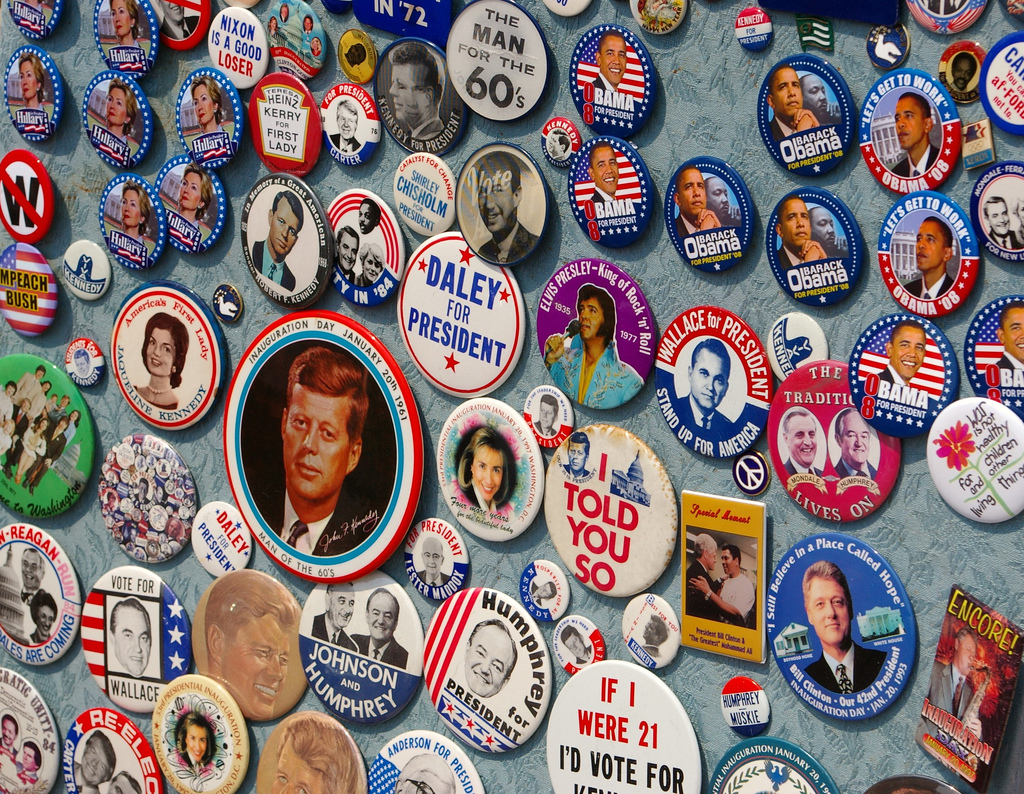 A United States presidential campaign is a bit like that old joke about the definition of insanity: doing the same thing again and again and expecting a different result.

Because oh my Lord, here we go again, 19 months before actual voting day. The only thing that lasts longer than the US presidential campaign is the Republican-led investigation into the events at Benghazi, which will apparently still be going on sometime in the 22nd century at its current pace.

There are so many things wrong with the way Americans go about picking people to run for the presidency every four years, it’s hard to know where to start, so let’s just jump right in.

The first thing to point out is that the campaign actually started before the last midterm election several months ago. That’s when candidates of either political party get a hankering to eat corn dogs in Iowa and visit small diners in New Hampshire. This falls under the category of “millionaires proving they’re just like the rest of us,” which nobody believes but is part of the illusion that is maintained by the candidates, the media, and often the citizens of the states themselves. There is also the legitimate question about why two of the whitest states in a country as diverse as America basically get to narrow down the field of candidates, but this is part of the process that goes into the myth-making about the role that Americans play in selecting presidential candidates.

Phase two of the campaign shifts into high gear when politicians start announcing that they actually are running for their party’s presidential nomination. Once upon a time this meant large crowds of bused-in supporters, replete with buttons, banners and badges at the town hall, post office, or library in the “small town” that all politicians like to tell us they came from. But these days the prodigal homecoming has been cast aside for the tweet, the Facebook announcement, and if it’s a really big deal, a video on YouTube.

The second thing wrong with the way Americans pick presidential candidates transpires because of this long lag time and it is here that the media play a very important but ultimately frivolous role. Anything and everything becomes grist for the media’s insatiable 24 x 7 desire for news. Every small news bit, especially if it’s a glitch, misspoken word, or misstep, both figuratively and literally, basically anything from the sublime to the ridiculous will be reported on ad nausea over the next 19 months. What candidates eat, what they wear, whether or not they had on their jacket when they gave a speech, did they smile enough, how many people tweet about them, what are their relatives like, what do former grade 3 classmates remember about them, if they look believable or not when they shoot a gun (all candidates must be seen shooting guns, particularly Republican ones), etc. etc. (We saw a small example of this last weekend when Hillary Clinton unannounced her presidential campaign and one of the lead stories on every major news website was that there was a typo in the announcement. Or when it was national news that Clinton had ordered a burrito bowl at a Chipotle’s on her way to Iowa.)

There will be a minor attempt to actually report on policies and positions, but these will soon be relegated to hard to find links on the websites of news organizations, where candidates’ actual thoughts and ideas about how to govern will be left to rot like badly written books in the remainder bin at Barnes & Noble. Oh, they’ll be tarted up nicely for the relatively .5% of the people who will actually read them, but their main purpose is to allow the various news organizations to pretend they actually care about this stuff.

The third problem is money. US presidential campaigns have become all about the money. Money money and more money. Running for in the United States is like being given your own license to print it. It will become the main preoccupation of all presidential candidates over the next year and a half, because if you don’t have the money you can’t afford to make national and local TV commercials that accuse your opponent of being, well, practically a child molester. Or worse. And thanks to the Supreme Court and its definition about who exactly can give money, and how much they can give, a casino-owning billionaire or wealthy pair of siblings who want to basically buy the presidency can make a good run at it. Oh, there will be a little bit of noise made about the fact that the rest of us can contribute our $5 or $10 online and what an important part we’re playing in supporting a candidate, but basically that’s all just horse manure.

And that basically leads us to the fourth problem. The idea that the American people actually elect a president. Here we could expound on the difference between direct presidential voting and the way the president is actually elected via the electoral college, an institution originally created to make sure that ordinary people did not elect a leader of the country, but why beat a dead horse. Because when you come right down to it, the real problem with American presidential campaigns is that nobody cares. So few Americans actually vote to elect the president that one wonders why we bother at all. More people are interested in voting for Team Farrell or Team Adam on The Voice than they are in voting for the person who will lead their country, and them, over the next four years into who knows what hell of a mess.

It’s hard not to feel depressed. It’s not that elections in Canada or Britain produce any kind of a different result or leader than they do in the United States, it’s just that in those countries, it’s all over in 28 to 45 days. We like to pretend in America that the next 19 months are really important, but to quote Shakespeare, it’s really a lot of sound and fury signifying nothing.