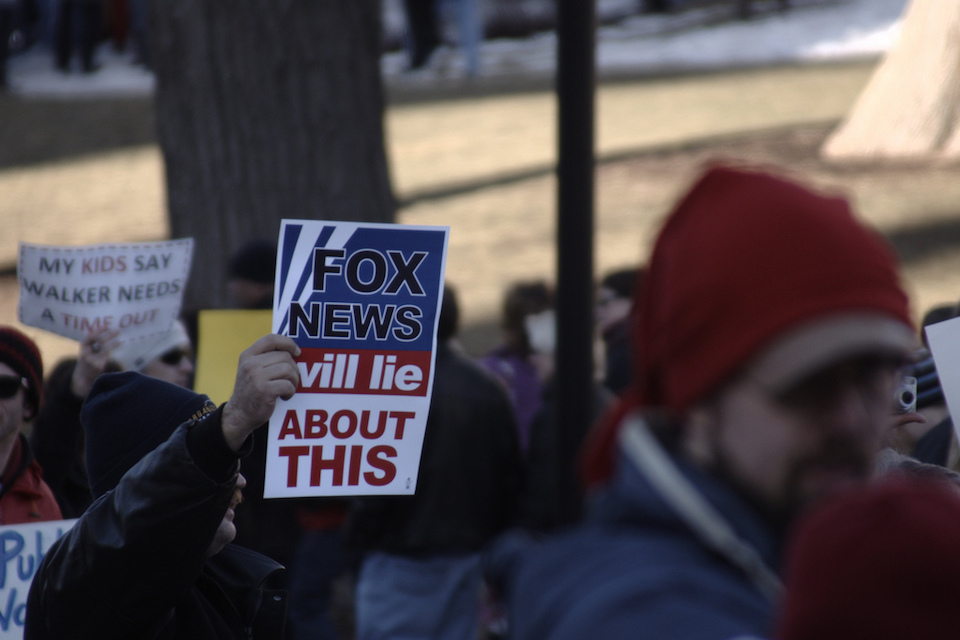 Sometimes, when I’m driving late at night to pick up my wife at a train stop, or on my way to some event in Washington (about an hour from where I live) I turn on conservative talk radio. Just to listen to the other side.

And the angry voices fill my car.

And make no mistake about it. These bile-filled diatribes are aimed at white Americans. The people behind these voices that creep out of my car radio – Mark Levin, Laura Ingraham, Rush Limbaugh, Sean Hannity, Mike Huckabee, Mike Savage and a host of angry local white people, depending on which state you are in – are a very large part of the reason that this country finds itself poised on the brink of an electoral meltdown. It’s as if the hate they have preached for so long has taken physical form in The Donald, and now that they have loosed it on the land, they can’t control it anymore even if they so desired

And when speaking of media that created manufactured fantasies about right-wing bugaboos, let us not forget Mr. Murdoch’s golem – Fox News. (I find myself straining to use the word “news” in association with this media outlet, as so little of it can be found there.) It’s not just that Fox News is in fact a propaganda outlet for the conservative movement (and the GOP when it falls in step with Fox’s president and master manipulator Roger Ailes’ dictates). There are plenty of reasonable, thoughtful conservative voices in the media. I might not agree with them, but I find their arguments cogent and thoughtful. It’s not conservatism that’s the main problem. It’s the way Fox News (and sister channels like Glenn Beck’s The Blaze) twist and manipulate facts to reinforce a very far-right agenda.

So for instance this week, various Fox News hosts railed against President Obama for not attending the funeral of former First Lady Nancy Reagan. Yet another slight committed by the man who “hates America.” Only problem is that presidents NEVER attend the funerals of former First Ladies. Not Reagan, not Carter, neither Bush, not Clinton. But on Fox News, facts that deepen your understanding of a story are harder to find than Duke fans in Chapel Hill.

Well, America is the land of the First Amendment, and the main answer to bad speech is lots of good speech. Which is a great idea, but doesn’t really work that way in reality. The fact is that the media landscape is dominated by right-wing talk. You do have liberal or centrist outlets as well, like the New York Times and National Public Radio (NPR), and cable outlets like MSNBC and CNN (sort of). But they cannot be accused of the regular daily falsification, manipulation, distortion and fabrication of the news that conservative media produces like it’s done on an assembly line.

And this is not just some rant of mine. Study after study after study (see select examples in the links below) have shown that conservative outlets like Fox News regularly misreport or distort the news, often leading people to believe outright lies or fabrications.

A conservative friend of mine used to say to me when Fox News first came along that it provided an information outlet for many Americans who felt that the “liberal” media did not address their concerns. I think he was right. There was room for a voice like Fox.

But over the years, that voice has become like a screech rising out of an 19th century insane asylum. And Fox News and white Americans, terrified of the future, feed on each other in a deeply misguided symbiotic relationship: the more Fox News rails against Obama, the more conservative white Americans blame him for EVERYTHING wrong with the country, the more Fox News picks up on this anger and channels it into programing, etc., etc. etc.

If Ted Cruz wants to really find someone to blame for the rise of Donald Trump, it’s not Obama he should point to, as he did earlier this week. It’s the hundreds of hate-filled far-right voices that fill the soundscape of American political life. In their efforts to demonize Obama and all things connected with a more center-left point of view, these voices have largely destroyed the ability of Americans to compromise with each other. In fact, compromise has become synonymous with betrayal and treason in this world view.

The presence of these voices is one main reason I fear for what happens after the 2016 election if (and when) Trump is defeated, especially if it is Hillary Clinton that dispatches him. I’ve heard more than a few of these voices call for rebellion in the past over issues like health care and education. Imagine the howls that will arise over a Clinton victory. (Michael Savage, one of the very worst hate mongers, has already declared Clinton a dictator who will try to take away guns to prevent an armed uprising.) Where will all that anger go?

I think America is in for a very rough patch. And right-wing conservative media will bear a large part of the blame.