The battle for Israel’s religious soul 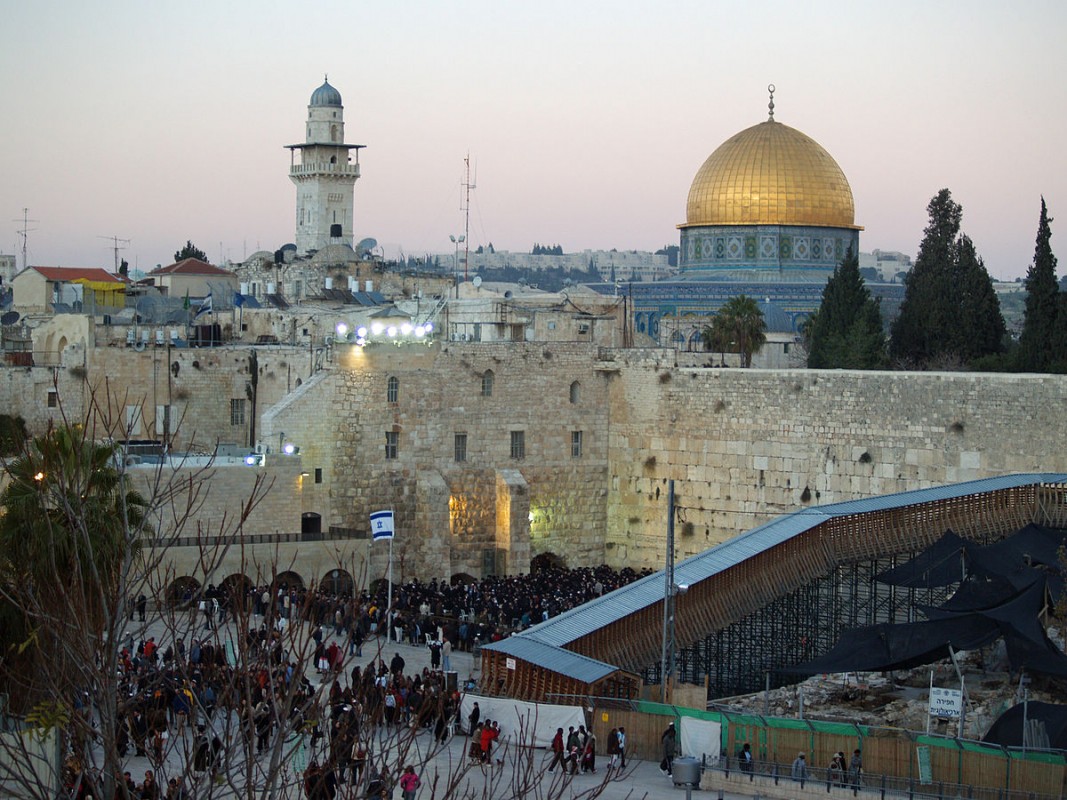 Tom Regan writes: One story going largely unnoticed amid the circus-like atmosphere of the Republican presidential primary campaign has serious consequences for Canada and the United States, and for many of their Jewish citizens: the struggle over the the definition of what it means to be a Jew in Israel. David Shankbone/CC BY-SA 3.0

One of the problems that we face in North America as a result of the increasingly bizarre and circus-like atmosphere of the Republican presidential primary campaign is that news in the rest of the world is almost completely ignored.

The victory in Iran’s recent parliamentary elections, of the more moderate forces led by President Hassan Rouhani – almost assuredly as a result of the nuclear deal organized by the Obama administration – was mentioned in a few mainstream newspapers but almost completely ignored by cable news and mainstream news websites. The questioning of former Brazilian president Luiz Inacio Lula on corruption charges warranted a 10-second blurb on most newscasts, stuck in between groups of pundits discussing Donald Trump’s almost open mention of his penis size during a Republican debate.

But one story going largely unnoticed has serious consequences for Canada and the United States, and for many of their Jewish citizens: the struggle over the the definition of what it means to be a Jew in Israel.

Most Jews in America and Canada belong to the Reform or Conservative movements, but religious affairs in Israel are largely controlled by the ultra-Orthodox rabbinical establishment. As an Associated Press story noted, the reform movement “is marginal in Israel … Israeli lawmakers, both secular and ultra-Orthodox, have repeatedly disparaged the group, questioning their Judaism and accusing them of promoting Jewish assimilation… [and have] placed obstacles in the way of the movement’s effort to make inroads in Israel, beaten back by an Orthodox monopoly over Jewish rituals such as marriage, burials and conversions.”

The American Reform Jewish movement, however, has long provided Israel with one of its largest bases of support, both political and financial. America is home to the world’s second largest Jewish community, after Israel. And for the past three years negotiations have been quietly taking place between the Israeli government and representatives of more liberal Jewish groups, over allowing Reform Judaism a greater presence in Israel.

The result has been a series of small but important victories for the Reform Movement in Israel. The most important one took place in January, when the Israeli government announced it would create a mixed-gender prayer space at the Western Wall in Jerusalem, the holiest site in Judaism. Last month the Israeli Supreme Court ruled that the country’s religious baths, long controlled by the ultra-Orthodox in Israel, must be open to all converts, including those who have not undergone ultra-Orthodox conversion outside the country.

Meanwhile in another move that showed an opening towards Reform in Israel, the Central Conference of American Rabbis, which represents 2000 rabbis, last week held its septennial convention in Israel.

These victories cheered the spirits of Reform Jews around the world. But they also led to a growing backlash from secular and ultra-Orthodox Jews in Israel itself. Israel’s secular Tourism Minister said Reform was a “waning world,” alleging its practices would lead to greater assimilation and ultimately to far fewer Jews. Despite being criticized for his comments, the minister refused to apologize.

An ultra-Orthodox member of the Israeli parliament went on the attack, referring to members of Reform as “mentally ill.” And the Religious Services Minister, a member of the ultra-Orthodox Shas party, said he would refuse to sign the agreement allowing the new prayer space, and said that the Reform and Conservative movements “must not be allowed to gain a foothold in Israel.”

All of this is a gigantic headache for Prime Minister Benjamin Netanyahu. He is more than aware that support for Israel is diminishing in the United States among young and more liberal Jews, and that movements like Boycott, Diversify and Sanction (BDS) are growing in strength despite the efforts of foreign governments to stop them. There has probably not been a time when Netanyahu needed to know he could count on the support of more liberal Jews in America than he does right now. But he also cannot afford to offend the ultra-Orthodox members of his government that hold his coalition together.

This religious row does nothing to improve the image of Israel in the world. The anti-women tone of the ultra-Orthodox objections to the prayer space at the Wailing Wall, recent government action against more rights for gays and lesbians, and statements by foreign leaders, undermine the  Israeli government’s public relations campaign that aims to change its image in the world.

At the present moment neither the Reform movement nor its ultra-Orthodox counterpart seem willing to back down. There are signs that people on both sides are looking for a compromise. But there are also signs this could be a long drawn out affair.

And as the Israeli government tries to right the ship of state in what are very stormy seas, the battle for Israel’s religious soul brings an unwelcome heavy wind.

Supporting BDS not “anti-Semitic”:  t’s the question of the moment: Is the BDS movement a legitimate way to protest the actions of the Israeli government, or it is a slick anti-Semitic attempt to undermine, or even destroy, the state of Israel? … read more

What about Israel?: If the United States adopts a “What’s best for the U.S.” policy in dealing with the Middle East, perhaps Israeli leaders will see the need to ameliorate and fix their policies towards the region and the world that are not providing Israeli citizens with the security they want, nor the admiration and support of other countries which Israel will need to survive in the long-term.

Losing my religion: Why Christian religious extremists are just as dangerous as Islamic ones … read more.

The evil of Benjamin Netanyahu: Benjamin Netanyahu’s continued racist and potentially internationally criminal actions have made things so bad in Israel, one really has to question how long the country can survive with him as its leader….read more.

As religions grow, so will world’s problems: The recent report on future religious trends published by the Pew-Templeton Global Religious Futures project, “The Future of World Religions: Population Growth Projections, 2010-2050.” is an amazing look at the future of the world’s religious and non-religious alike. It’s also worrisome. … read more.

When religious liberty undermines freedom: It’s pretty hard to underestimate the role that religion has played in promoting progressive ideals over the years. But that’s only one side of the coin. Far more often, religion has also been used as one of the main curbs on freedom – of person, of thought and of gender. … read more.

Israel at the Boundary, by Chris Wood, August, 2014: Facts and Opinions’ Natural Security columnist Chris Wood reported from the first Palestinian intifada in 1988 for Canada’s Maclean’s magazine. The fierce global debate over Israel’s latest conflict with residents of Gaza prompted him to reflect on the alleged ‘double standard’ of criticizing Israel amid the region’s wider violence. …read more

Bibi Times: Netanyahu’s tangled relationship with Israel’s media, by Maayan Lubell, Reuters, November, 2015:  “You have to play the media like a piano,” an adviser recalls being told by his ex-boss, Prime Minister Benjamin Netanyahu.

But critics say Netanyahu, known as “Bibi”, is hitting the wrong note when it comes to the media, weakening press freedom and holding sway over TV broadcasters in a country that bills itself as the Middle East’s only true democracy. … read more