Most US Muslims comfortably integrated 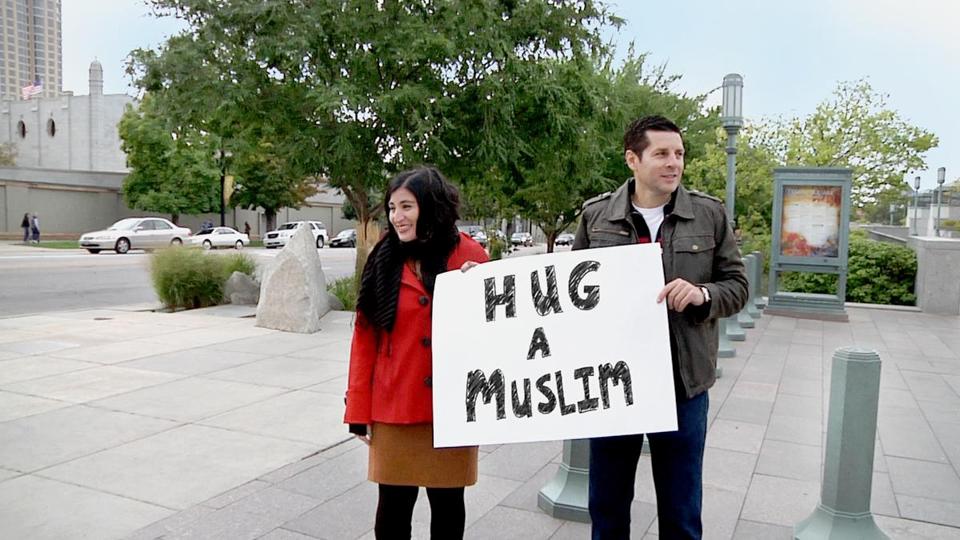 Negin Farsad and Dean Obeidallah, co-producers of The Muslims are Coming!, hold up a “Hug a Muslim” sign in Salt Lake City, in a still from their 2012 film. Publicity photo

A screening this week of one of my favorite comedy documentaries, The Muslims are coming! featured a live question and answer session with co-creator Dean Obeidallah, well-known comedian  and columnist with The Daily Beast. (Three years ago when the film first came out I had a chance to interview the films other co-producer Negin Farsad.)

The film features a group of Muslim (and one Jewish) comedians on tour in the American South and conservative Western states.

Obeidallah explained they made the film, which premiered in 2012, to explore the anti-Islamic attitudes that became prevalent after protests outside the so-called “9/11 mosque” in New York. Things are much worse now, he said, thanks primarily to Republican presidential candidate Donald Trump’s raging Islamaphobic comments.

When the floor opened for questions, people mentioned several factors behind the deteriorating situation and I added my two cents: some mainstream American media’s portrayal of American Muslims, and Muslims in general.

The picture drawn by some American media after an attempted lone wolf terrorist attack is a familiar one. The suspect is a loner, someone who felt alienated by his or her larger community, who had “withdrawn” into religion, which had turned him into a terrorist. The often unspoken but implied idea is that Muslims are not a part of American society, that their religion makes them too much of outsiders, that they will never accept “American values.”

Trump has seized on this theme, arguing that immigrants (in particular, Muslim immigrants) should be tested, to make sure they possess these nebulous American values.

It’s a very negative view of American Muslims. It is also completely false.

In reality the vast majority of Muslim Americans are quite integrated into American society. They have played a key role in helping law enforcement deal with terrorism, and are as likely to earn $100,000 or more as are any other Americans. A greater proportion have college degrees than does the general U.S. population. 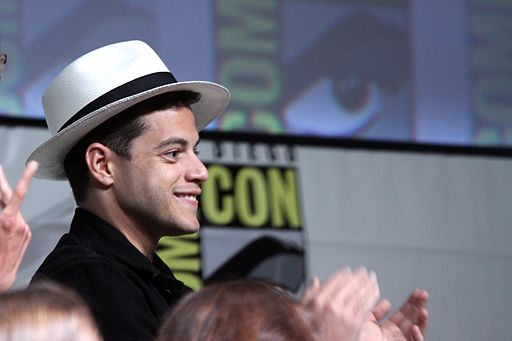 Recent public examples of this growing integration include at this year prestigious Online Journalism Awards in Denver, Muslim-Americans were awarded some of the Online News Association’s top prizes. Egyptian-American freelance photojournalist Sima Diab won the James Foley Award for Conflict Reporting. Then AJ+, a website that is part of the Al Jazeera Media Network and is at the forefront of new ways to use digital media, shared the top honour for General Excellence, with The New York Times. This was the second major news award for AJ+, after winning two top People’s Voice awards at this year’s Webby Awards.

While Mr. Trump was proclaiming that “assimilation” is difficult for Muslims in America, he was ignoring almost 300 years of history. Researchers have shown that Muslims were in America before there was an America, and many fought in the Revolutionary War, the War of 1812, the Civil War, both World Wars, Korea and Vietnam. Muslim-Americans continue to serve in the US military.

A 2016 survey by Institute of Social Policy and Understanding found that Muslims who regularly attended a mosque were more “likely to work with their neighbors to solve community problems, be registered to vote, and are more likely to plan to vote.”

Well-known researcher Dalia Mogahed has shown through her work with her former employer, the polling firm Gallup, that Muslim-Americans have a stronger belief in the country’s judicial system than other Americans, that a majority of them don’t believe that religion should play any role in the adjudication of law, and that among those who do, the percentage is lower than the number of Protestant-Americans who believe religion should play a stronger role in legal proceedings.

Meanwhile, a Pew Research study in 2011 showed, “Living in a religiously pluralistic society, Muslim Americans are more likely than Muslims in many other nations to have many non-Muslim friends. Only about half (48%) of U.S. Muslims say all or most of their close friends are also Muslims, compared with a global median of 95% in the 39 countries surveyed.”

There is even growing acceptance of homosexuality among many Muslim-Americans, although the community still remains split about 50-50 on the topic.

The key here is the word integrated, rather than assimilated. Assimilated implies a total surrender, an animosity within the larger group. Instead Muslim-Americans are solidly integrated in American society, proud of their historical and religious heritage, but also proud to be Americans, a part of the diverse tapestry that is the real America.