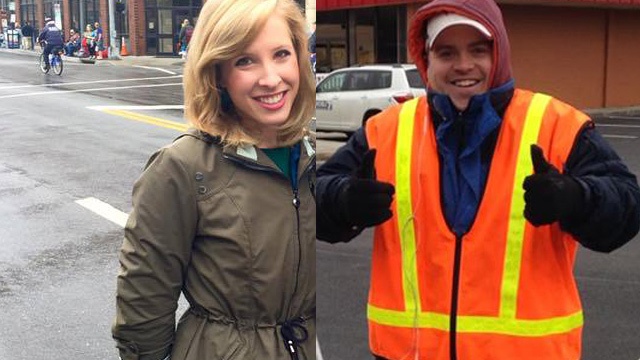 Alison Parker and Adam Ward, gunned down this month by an enraged former co-worker at the WDBJ7 TV station in Roanoke, Virginia.

In all important social movements, there is a moment when you sense things begin to change. Obstacles that seem impossible to overcome or resistance that seems unsurmountable slowly begin to crumble away.

Perhaps I’m being overly optimistic (heaven knows I thought this would come before now), but I think we might be at such a crucial moment in the long history of trying to enact stronger gun regulations in the United States, and finally putting the demon of the National Rifle Association behind us.

I originally thought that moment would happen after the 2012 Sandy Hook massacre. After all, how can the status quo survive, when so many elementary school age children are mowed down by a gun-obsessed madman?

But nothing did happen. After a brief flourish of anguish that was soon snuffed out by the relentless propaganda of the NRA about our “constitutional rights,” and politicians fled from the issue like chickens fleeing from a fox.

America is a video culture.

Whether it’s cable TV, or YouTube, or Instagram or Twitter, nothing really happens anymore if we don’t see it on video. Think of how the National Football League was forced to react with video surfaced of Baltimore Ravens running back Ray Rice knocking his wife out in an elevator, and then dragging her out. Think of how the nation has reacted to the numerous videos of police brutality, as cameras embedded in smart phones have turned everyone into a videographer, making it extremely difficult for the police to explain away or ignore countless acts of brutality as they did in the past.

When the New York Post and the New York Daily News decided to feature stills taken from the video of the actual murders, they were criticized by some people. I disagree. While their motives may not have been pure (or maybe only purely financial) I think they actually did a great service. People need to see how the tsunami of guns in our culture is taking the lives of so many Americans. 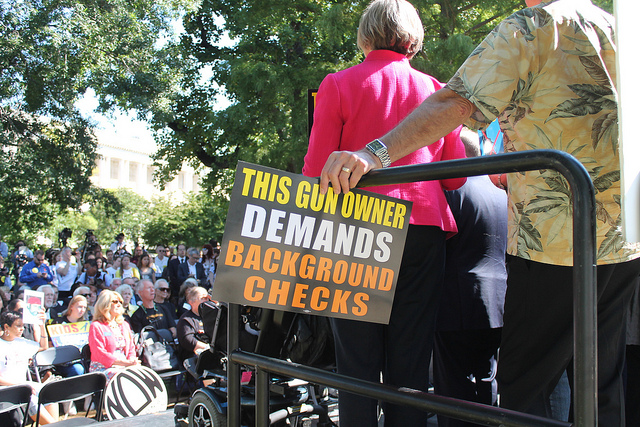 Just as Matthew Brady was said to have laid the dead of Antietam at the feet of the nation with his exhibition of photos after the American Civil War battle, perhaps these papers have done the same for us.

It wasn’t as if the NRA hadn’t already started to feel things slipping away. Several courts had upheld tighter gun regulations enacted by various municipalities across the US despite the efforts of the NRA to scuttle them. Meanwhile, in another huge blow last fall, Bill Gates financially supported a ballot measure in Washington state to have universal background checks on gun purchases. It passed with a 60% vote of support. And just the other day, Wal-Mart announced it would no longer sell the Bushmaster, the weapon of choice of so many American mass murders. (Wal-Mart said it wasn’t a political move, but there is no way in the current climate how it won’t be seen that way.)

The NRA, of course, has already started to try to undermine the stronger gun control message. In an interview Friday on CNN, Jim Gilmore (former governor of New Jersey, make-believe GOP presidential candidate and board member of the NRA) trotted out the same old tired constitutional rights argument that totally ignores the issue at hand. But there was a difference – it really did feel tired and rote this time.

Contrast the stale appearance of Gilmore with the emotional interview with the fathers of three young people killed in various gun massacres (including the father of Alison Parker, the murdered journalist). The impact was night and day. Two things in particular stood out for me in the interview: one was the three fathers understanding that change on this issue needed to be done state-by-state, and they were going to do it that way. The second was their plea to parents across the country to help them make these changes before their children were murdered.

Because it is slowly starting to sink in to Americans that it could happen to any one of us at any time. (There have been more mass shootings in the United States this year than there have been days in the year.) And now, as sad as it may be, we have a video to underlay that message: video that has been shown again and again and again on regular cable TV, not to mention the millions of times it has been shown on the various social media channels on the Internet.

Perhaps I’m wrong. Perhaps the nefarious NRA will triumph once again and nothing much will change. Perhaps once again politicians will flee from the issue like the cowards they’ve always been in the past.

But the time is coming. The tide is beginning to turn. You can feel it in the way these murders were covered in the nation’s media. You can feel it in the conversations that you have with people on the streets of your town. You can see it on social media, where more and more people who have been silent on this issue in the past are speaking out, trading stories, giving out links about stronger gun regulations.

Tougher gun regulations are coming, and there’s nothing the NRA can do to stop it.