Legalized weed in Canada an idea whose time has come 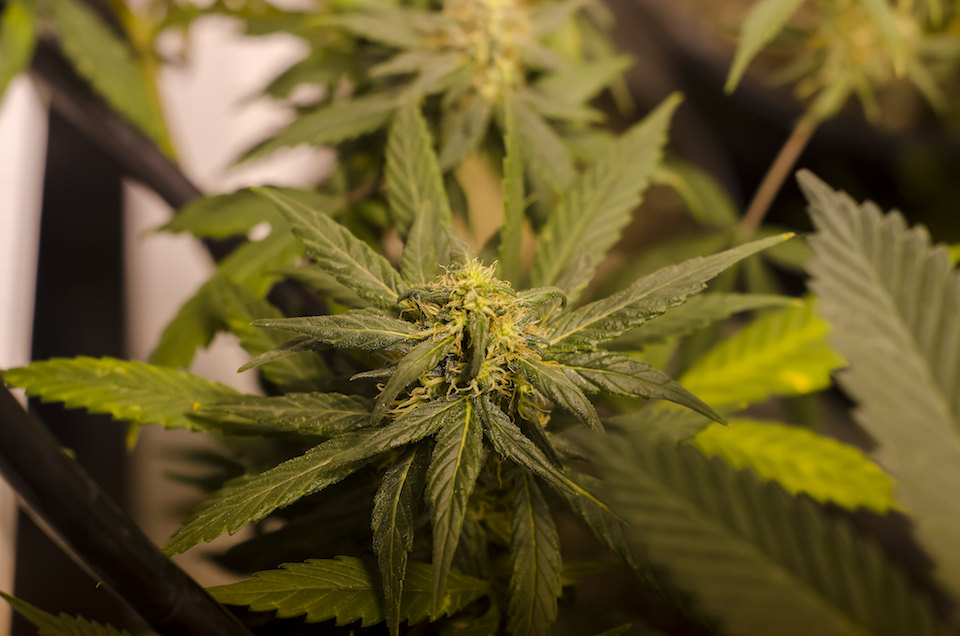 One night, more than 30 years ago, I was working bar with a friend in downtown Dartmouth, Nova Scotia. (I tended bar several nights a week to earn spending money for college.) One of our customers had one drink, then got up and left. He had looked a little wobbly, so we figured he just wanted one shot before heading home. My fellow bartender went over to clean the table, but as he did he cried out in surprise. The customer had left behind a bag of joints.

Our waterfront bar was a tough place, and we didn’t want any trouble, so we figured he would be back for his stash. But he never returned. So when we closed up, I cooked up a scheme. In order to avoid trouble, we would turn in some of the joints to the police. That way, if he returned we could say the police had them and that would stop the search in its tracks right there.

At 3 a.m. we went down to the old Dartmouth police station. A young officer came out and asked what we wanted. I rolled 3 or 4 joints on the counter and said we had found them at the bar and wanted to turn them in. He stared at them for a moment and said (I swear this is true) “Are I sure you want to do this?”

“You mean we get a choice?” I replied. “Not anymore,” he said with a smile, and scooped up the joints. We filled out some paper work and as we left, he said, again with a smile, “Enjoy the rest.” We hadn’t fooled him for a minute.

Police attitudes towards weed were much different in the 70s, but more on that in a moment. To finish my story, my friend and I enjoyed the rest of the bag over several nights, always in a safe place. It was quite nice. But really, the only thing I remember from that experience was having the munchies.

I didn’t do a lot of weed when I was in my 20s, but I did some. Maybe once or twice a year. It never made me want to try other, more powerful drugs. It was a relatively pleasant experience, better than drinking, because when you smoke or consume marijuana, you don’t get the bad after effects of having too much liquor. By the time I hit 30, I just wasn’t that interested anymore, and so smoking weed (like having too much to drink) went the way of bell bottom pants, using a skate board, and listening to disco.

As I said above, smoking dope in the 70s invoked a completely different response from the police than it did in the 80s and 90s. If they caught you with a few joints, they would just take them from you and send you on your way. Dealers were always treated harshly, but my friends and I never fell into that category.

Things changed when U.S. President Ronald Reagan and his “Just say no to drugs” campaign started in the 80s, and police in Canada became more inclined not to look the other way, even to small amounts of dope.

For many years in the U.S. and Canada, politicians’ and law enforcment’s attitude towards marijuana did not reflect the reality of its use. Experience in countries like the Netherlands was showing that marijuana use did not lead to harder drugs, that other more complicated factors were a better predictor of increased drug use. In fact controlled use of weed cut down on illegal crime and did not lead more youth to smoke or ingest it than they would have under previous cirumstances. In recent years, two American states legalized marijuana and the experiement took a whole new direction. Now Canada, based on a campaign promise made by the Trudeau government, introduced legislation to make recreational marijuana use legal in Canada by July 2018. It’s about time.

I’m glad to see that Canada has chosen to take the lead on this issue. Yes, there are a handful of states in the US that have legalized weed, but Uruguay is the only other nation that has done it over the entire country. And the steps outlined in bills C-45 and C-46 – to first legalize marijuana and then to restrict its use among young people – both make sense. And taking a year to make sure that a majority of Canadians are comfortable with the change is a good idea as well.

The new legislation would make owning small amounts of marijuama legal — a few grams, or about an once. A family can also grow four plants if they so choose. The federal government will license and regulate growers, while the provinces would have the power to decide how and where it will be sold, and the legal age that it can be purchased. It will not be sold in the same place alcohol is sold. Over the next year, the federal and provincial governments will work out other details. Some have complained there are too many restrictions, but I’m willing to cut the government some slack on this one. Parents in particular want to be sure this is the right thing to do, and those those under 18 (the proposed minimm legal limit) won’t rush to get ahold it it somehow.

It’s silly, of course, to believe that weed will totally stay out of the hands of young people. It didn’t in the past and it won’t now. But as a parent of one 20-something and three teenagers, I can say with total conviction that I would far more prefer that my kids smoke weed than drink alcohol, if they ever did one or the other. And people who think that weed is a “gateway drug” are blowing so much hot air.

Factors like poverty, certain mental illnesses, or being around people who use harder drugs are more important factors in using hard drugs than smoking weed. Studies in countries that “decriminalized” drugs show that use by young people did not increase. Nor have studies in the US states that have legalized marijuana shown an increase in marijuana use among children under the age of 18.

In fact,selling weed in legal shops likely reduces any connection, if one exists, between smoking weed and harder drugs. This was the thinking behind the “Dutch coffeehouse” experiment, which sought to cut soft drug users off from harder drugs through using a coffeehouse model. Over time, studies have shown Dutch 15-16 year-olds smoke less marijuana than their American counterparts, and over time, prefer smoking dope to using harder drugs, smoking cigarettes, and drinking.

Legalizing marijuana is a much smarter way to approach the issue anyway. In our house, my wife and I started talking to kids about beer and liquor when they were in their early teens. We wanted them to respect alcohol, know how to use it, not be afraid of it or see it as some kind of forbidden fruit. I can see having the same kind of useful discussions around how they could use weed, if they ever so desired.

Legalizing marijuana is an idea whose time has come. A decade from now most countries in the Western world, and probably many others outside it, will have followed the same course. The way Canada’s Liberal government has chosen to do it makes sense to me. I hope they have the courage to follow through on their convictions, and not let the legalization of marijuana fall down the same hole as fixing the voting system in Canada.

Marijuana is not, repeat not, a gateway drug, by Miriam Boeri, Newsweek, 4/25/15
http://www.newsweek.com/marijuana-not-gateway-drug-325358

Is Marijuana Really a ‘Gateway Drug’?

What Can We Learn from the Dutch Cannabis Coffeeshop Experience? by Robert J. MacCoun, Rand Drug Policy Center, July 2010: https://www.rand.org/content/dam/rand/pubs/working_papers/2010/RAND_WR768.pdf