Is Donald Trump a “Black Swan”? 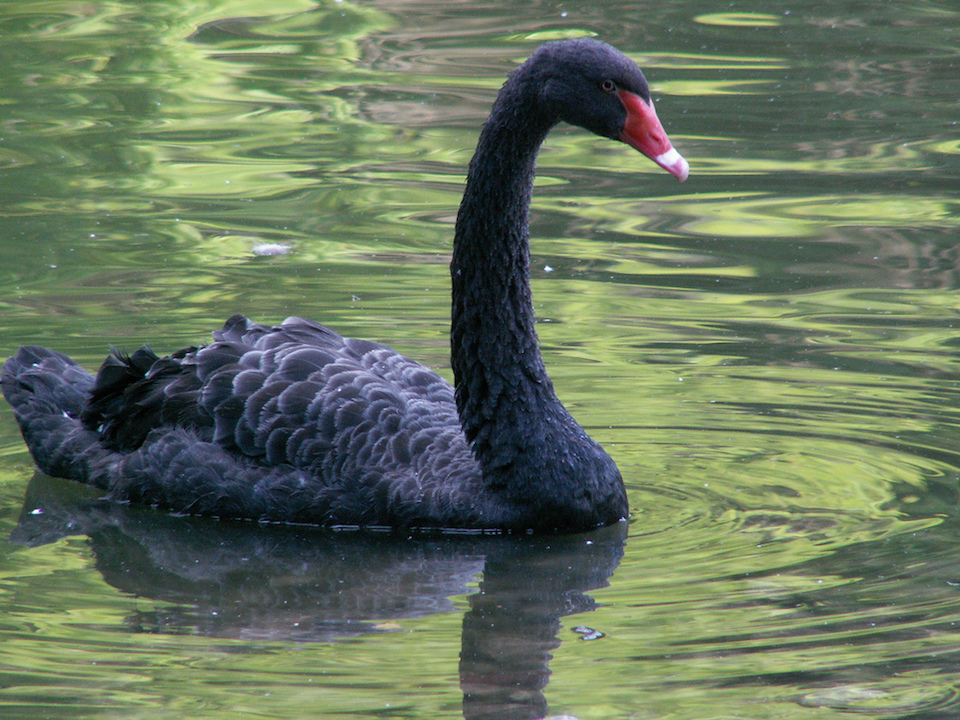 As I drove my wife to catch the train into DC at 4 AM this past Friday morning, we listened to NPR’s daily rebroadcast of the BBC. At that time of the morning there is normally business programming of some kind and, because it is the BBC, it is almost always interesting. This particular morning Daniel Levin was being interviewed.

Levin is an American attorney turned successful writer. He was on the BBC to talk about his new book “Nothing But a Circus: Misadventures Among the Powerful,” published last month. The blurb from his publisher Penguin books on its promotional website reads, “In this eye-opening exploration of the human weakness for power, Daniel Levin takes us on a hilarious journey through the absurd world of our global elites, drawing unforgettable sketches of some of the puppets who stand guard, and the jugglers and conjurers employed within.”

The book sounds like a fascinating read, and in the interview Levin gave a taste of what he witnessed working with some of the world’s most powerful people, including Vladimir Putin, a story that some in the American government might find instructive. Then Levin said something that snapped me out of my half-drowsy stupor: he described Donald Trump as a “black swan.” Levin admitted he could be wrong, but said all the signs show that Trump fits the definition.

I first came across the idea in another book that I’ve spoken about before, Daniel Kahneman’s “Thinking Fast, and Slow,” who wrote about Nassim Nicholas Taleb, a financial professional and writer, who offered the idea of black swans as a way to look at the 2008 financial crisis. Rather than twist myself into knots trying to explain, I’ll quote from the website Investopedia:

“Taleb argued that black swan events are impossible to predict yet have catastrophic ramifications. Therefore, it is important for people to always assume a black swan event is a possibility, whatever it may be, and to plan accordingly. He also used the 2008 financial crisis and the idea of black swan events to point out if a broken system is allowed to fail, it actually strengthens it against the catastrophe of future black swan events.”

Taleb’s definition of a black swan event perfectly describes the rise of Donald Trump, from clown celebrity to the most powerful man in the world.

Just think about it. No one, no one, predicted that Trump’s candidacy would end up where it did. Even Trump in the beginning only saw a run for the White House as a chance to improve his brand overall, and perhaps generate a new TV show after he had been asked to leave The Celebrity Apprentice. And there is no doubt, as we have seen in barely two weeks of his administration, that our failure to predict this event is having catastrophic ramifications.

It is the final part of the Investopedia definition that those of us who failed to predict the rise of Trump need to focus on: “If a broken system is allowed to fail it actually strengthens it against the catastrophe of future black swan events.”

Well, it’s pretty fair to say the system failed. But, it’s produced a most amazing result. Millions of Americans have suddenly found their voices and their citizenship. Pundits and historians are already comparing it to what happened with the Tea Party in 2008 after the election of Barack Obama. The Women’s March on Washington; the large protest that took place at airports particularly in America, but also around the world, after Trump’s immigration ban; upcoming marches by scientists; a protest to take place on April 15 about Trump not paying his taxes …  These are just the most visible symbols that something perhaps not seen since the ’60s is happening.

It’s also happening in a much smaller level. In my own rural Virginia community people are already organizing, some very publicly, some very privately. Information is being shared via social media about upcoming meetings, protests, phone numbers to call to contact House and Senate representatives. There is a new sense of constant motion.

Reportedly, many Trump supporters are happy with the numerous odorous executive orders issued since he became president. But it’s important to remember that Trump is only president because of roughly 77,000 voters in Michigan, Wisconsin, and Pennsylvania. Many of those people were willing to make a bet on an unknown because they were tired of the status quo. This is what we missed, what we ignored, what we overlooked.

I was particularly struck by a phone call from a young man in Pennsylvania to a NPR talkshow who said he participated in some of the protests against Trump’s executive orders, but admitted he had voted for Trump. When asked why he voted for him, when he so obviously disagreed with many of the things the new president was doing, he answered that he was tired of the same old politics, that he was fed up with the Bush-Clinton dynasties, and that he felt Americans had to break away, and so he was willing to bet on Trump. He said he didn’t know if he would vote for Trump again but he felt it was right at the time.

It’s hearing comments like these that give me hope that Donald Trump is indeed a black swan. And that if we pay attention, listen better and learn, then improve the system, we can make sure that a Donald Trump never happens again.

The Trumping of Rationality, by Tom Regan

Pins are out for the Trump balloon, by Jonathan Manthorpe

Rule of Law vs Rule by Man, by Deborah Jones