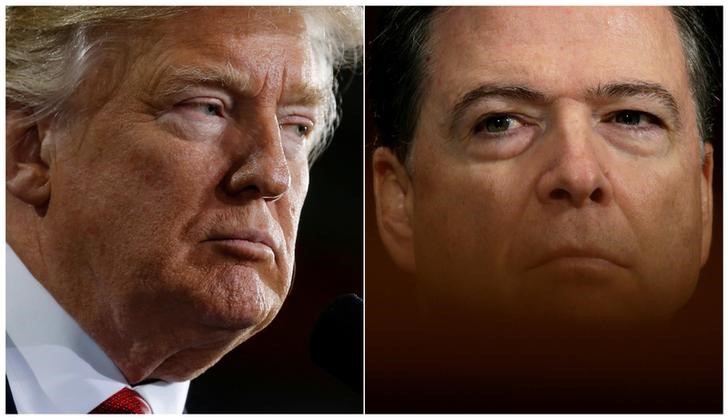 Now that was a day full of news. First the much-anticipated testimony of former FBI director James Comey in front of the Senate Intelligence Committee about his dealings with US Pres. Donald Trump. And then later in the day the unanticipated flop of Teresa Mays’ conservative government in the British election.

My family was getting angry at me for spending so much time in front of a screen.

Let us focus, however, on Mr. Comey’s testimony. How you responded to what he said had a great deal to do with your own particular political persuasion.

Democrats celebrated when Comey called Trump “a liar,” and laid the groundwork for a possible obstruction of justice charge with the revelation of his one-on-one meeting with Trump, when he was asked to “let go” of the investigation into former National Security Advisor Michael Flynn’s dealings with Russians. 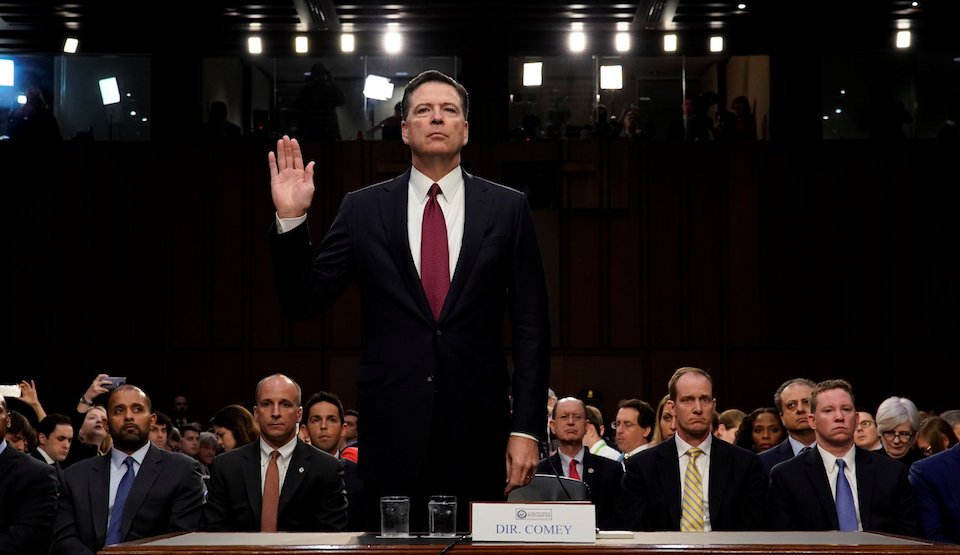 Former FBI Director James Comey is sworn in prior to testifying before a Senate Intelligence Committee hearing on Russia’s alleged interference in the 2016 U.S. presidential election on Capitol Hill in Washington, U.S., June 8, 2017. REUTERS/Jonathan Ernst

Republicans, on the other hand, rejoiced at the fact that Comey confirmed that he had told Trump three times that he was not under investigation, and that Comey said former Atty. Gen. Loretta Lynch had asked him to fuzz the description of an investigation into former Democratic presidential candidate Hillary Clinton’s email server. Republicans also rejoiced when Comey seemingly outed himself as a leaker.

The truth, as they say, lies somewhere in between.

One of the most important questions is, who is lying – James Comey or Donald Trump? Tthey both can’t be telling the truth.

Comey testified under oath that Trump asked him to pledge his loyalty if he wanted to keep his job, and that in a later meeting asked him to let go of the investigation into Flynn.

Trump’s private lawyer, in a statement that one that television commentator compared to a “goat rodeo”, denied that Trump said these things.

My money is with Comey, not because he is anymore likable than Donald Trump, but Trump has a record of falsehoods and misstatements going back decades. Comey testified under oath. And if anybody understands the penalties of lying under oath, it’s the former director of the FBI.

Most Americans share my view that Comey is more believable, according to public opinion polls – something like 70 per cent, according to the latest Pew poll.

There is something for everyone in the rest of the testimony. Allow me to enumerate.

In the end, Comey’s testimony hurt Trump, but it did not destroy him. There is certainly not enough here to impeach Trump. It did show that former FBI director, and now special prosecutor, Robert Mueller’s investigation into the Trump campaign’s involvement with the Russians is now the only game in town.

Watch the video of Comey’s appearance before the Senate Select Committee on Intelligence, on the Senate site.

Statement for the Record, Senate Select Committee on Intelligence,  James B. Comey June 8, 2017