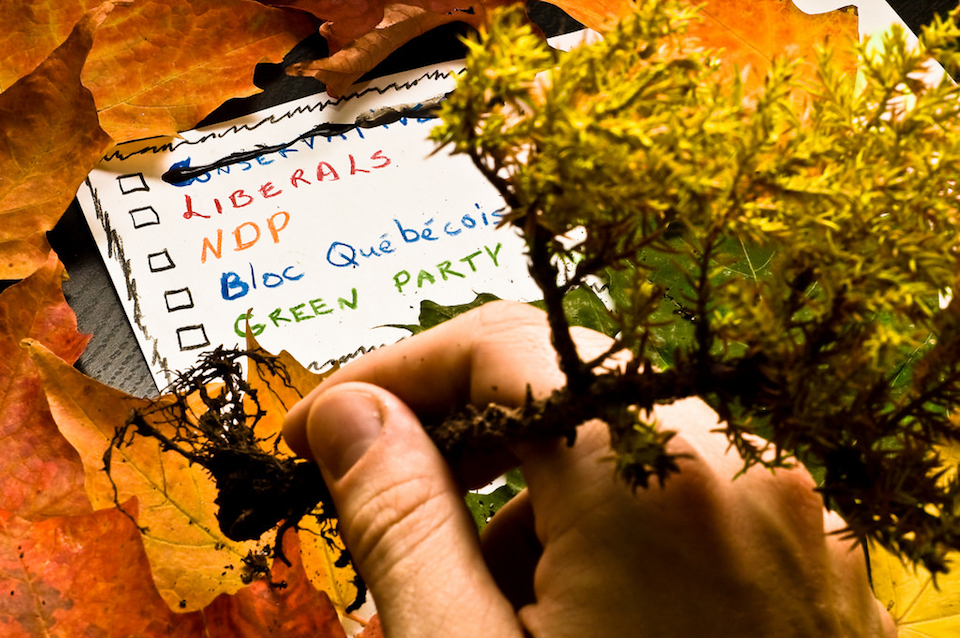 Like many Canadians (even those of us who live abroad and may have dual citizenship) who had hoped that Prime Minister Justin Trudeau would follow through on his campaign promise to reform the voting system in Canada, I found myself deeply disappointed by his sudden announcement, that he had abandoned plans for reform and was sticking with the first-past-the-post system.

Canada is the only country in the OECD that still uses first-past-the-post in all elections. (England still uses it on its federal level, but uses different methods for voting on lower bodies.) It’s a dumb, dumb method. We’ve seen examples in Canadian provincial elections where a party has won the majority of the vote but lost the election – as in Québec several years ago. Under this idiotic system a party can gain five or 10% of public support and not have a single representative in parliament. This leaves a significant number of Canadians without anyone to voice their concerns. Trudeau was wrong, dead wrong, to abandon this promise in the way that he did.

He was not wrong, however, in saying that proportional representation was the wrong system for Canada. His comment to a woman who approached him in a mall – “How would you like to see Kelly Leitch with her own party?” – may seem flippant, but is absolutely on target. Proportional representation may seem like a good idea but there are too many examples of it creating problems rather than solutions.

The chance that a small right-wing party could gain enough votes to give it enough seats in the parliament to control the balance of power is a very real concern. If you want an example, just look at the state of Israel. Israel has been using proportional representation for years, and for years small right-wing religious parties have held enough seats to force whatever larger party they align with to enact often draconian anti-Palestinian legislation, even when the majority in the coalition disagrees.

The other problem with proportional representation is best seen in Italy. There are more parties in Italy than, as my mother used to say, Carter has little liver pills. This creates a parliament that looks more like a crazy quilt than a governing body. Under proportional representation the chance of an Italian party forming a majority government is almost impossible. While some people may say that is a desirable outcome, it’s also a way to guarantee governmental deadlock if you have too many parties, all clamoring for their agendas.

There is a better way to elect lawmakers and it is the ranked-choice system, which it appears Trudeau also prefers (and leaves me baffled why he would not move in this direction). It was also the system championed by third-party candidate Jill Stein in the United States. Under ranked-choice, also known as the “instant runoff” system, a voter is presented with the ballot on which he or she ranks those running for election in order of preference. When the ballots are counted the candidate with the fewest number of votes is dropped, and his or her votes are then distributed to the candidates picked as the second or third choice. This continues, until there are only two candidates for office left, with one candidate having the majority of votes and thus being declared the winner.

There are no perfect ways to run a democratic election. All systems have their flaws. For instance, one criticism of the ranked-choice method is that it could result in the election of a candidate who was only the first choice of a relatively small number of voters.

But ranked choice also offers several advantages in my view: it allows the possibility of a majority government while still offering smaller parties the chance to gain greater representation; it encourages voters to learn about candidates beyond their preferred one, reducing the “my family’s always voted this way and I’ve always voted this way” factor in elections;  it reduces the amount of negative advertising – after all if you’re trying to attract the second-place votes of Canadians who may not have chosen you first, that’s hard to do if you’ve trashed their first choice during the campaign; and it encourages coalition building.

However, the way he handled the decision to back away from his campaign promise was a serious mistake. Even if, as he says, the NDP was only willing to talk about proportional representation, he owed it to Canadians to do his best to sell them on the ranked-choice system if that is his preference, and to continue with reform.

Canadians need a new way to vote. The time of first-past-the-post is over, and the fact that Canada, which leads the world in so many other ways, is so behind in the way it conducts its elections, is a sad statement about its democracy.
LINKS

‘Do you think Kellie Leitch should have her own party?’ Trudeau asks woman upset over electoral reform. CBC: http://www.cbc.ca/news/politics/electoral-reform-trudeau-leitch-1.3975354?cmp=rss