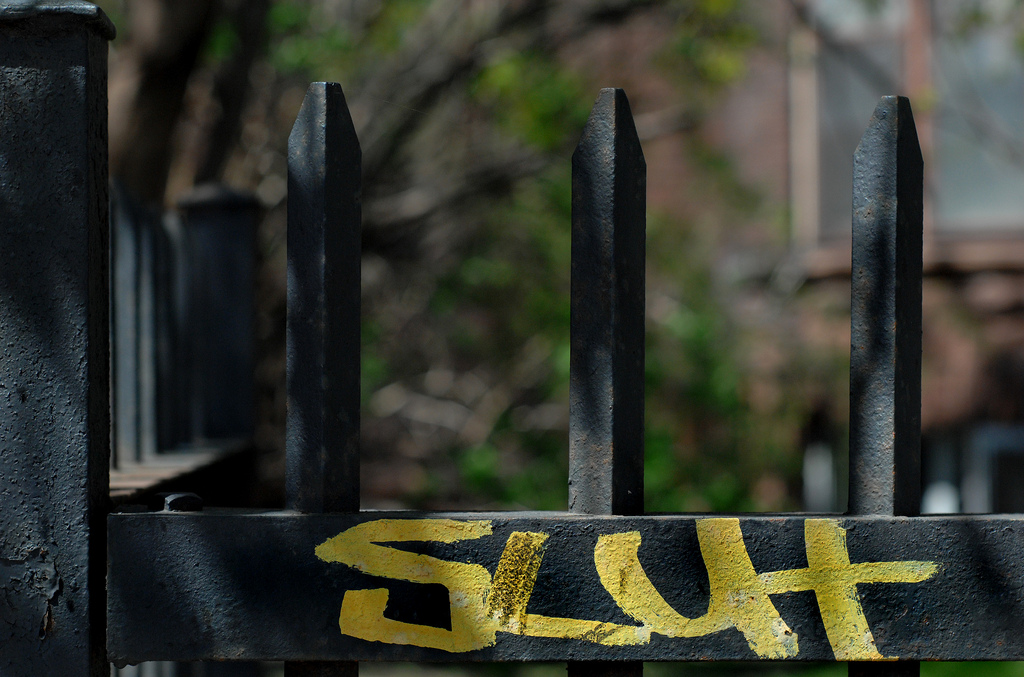 It was a rough week to be a woman in the public eye in the United States. Not that normally it’s a piece of cake. This week, however, gave us a rather disturbing view of what happens when a woman angers the army of Internet and social media male trolls whose hatred for women cannot be understated.

There was the “woman card” of course, thanks to Donald Trump. He said his probable opponent in the fall American presidential election, Hillary Clinton, had played the “woman card,” and that if she were not a woman she would have the support of only around 5 per cent of the American public. It was probably the opening salvo in his campaign to denigrate Clinton purely on the fact that she is a woman.

Trump, whose misogyny knows no bounds, has used this tactic previously, in particular on Carly Fiorina, one of his early opponents in the race for the GOP presidential nomination. Mind you, Clinton skillfully turned his jab into a stinging rebuke, one that made her look good and him like a fool. But Trump’s anti-woman comment was not the only one coming forth from the Republican membership this week. The president of a Florida Republican County Association commented that Clinton would go down faster “than Monica Lewinsky.”

We’ve likely seen only the tip of the iceberg that will emerge in the coming months. Perhaps what’s more disturbing than the comment from Trump and his various Republican minions is that so many American men, particularly on social media, echo them enthusiastically. Even, sometimes, violently.

Earlier this week Julie Ioffe, a reporter for the New Yorker and a Russian Jew who emigrated to the United States when she was very young, wrote a profile on Donald Trump’s wife, Melania. Apparently Mrs. Trump didn’t appreciate the fact that the reporter actually quoted what she said (perhaps she was used to being interviewed by Fox News where if you say anything in any way detrimental to the conservative cause, it is edited out of every interview).

The response from Trump’s army of trolls was frighteningly violent. The reporter received email after email of violently disturbing images, including ones that showed her head on a lampshade, a cartoon of a Jew being shot in the back of the head, and her head superimposed on an Auschwitz prisoner in uniform. Perhaps some of these trolls were women, although I sincerely doubt it. It’s been my experience that this kind of violent imagery almost always comes from men.

The Trump assault was not the only one on women this week.

Two women sports reporters, Sarah Spain and Julie DiCaro, conducted an interesting experiment. They had a group of men coming in and read to them some of the emails that they receive on a daily basis. The emails call for their deaths, for them to be raped, wishes that they had been aborted, and on and on, as vile a series of emails as one could ever hear. They were in fact so disturbing that the men chosen to read them (who are not the men who originally sent them, but individuals who had volunteered to do it) could barely say them out loud, and felt so guilty for their sex, as one of them put it, they apologized repeatedly to the two women before they actually read the emails.

I could give you more examples but let those three suffice for the moment.

I’ve been lucky enough over the past quarter century to have been intimately involved with the growth of the internet and digital media. But there is a dark side to all of this. In some parts of the world, like the Middle East this digital technology has been used to recruit by organizations like ISIS or Al Qaeda. Many governments in the world, including United States, have used this technology to spy on citizens in ways that make past efforts, like opening mail or tapping phones, seem primitive by comparison. Others have used this technology to trick people into various financial scams.

But in America in particular (and England and Canada too, although not quite as bad) the internet has unleashed a torrent of misogyny and hatred, that rolls like a tsunami across digital space. The internet has allowed men, and mostly white men, to spew bile and venom on any woman they consider too “uppity,” especially women who dare to challenge what these festering dung heaps of XY chromosomes consider a male prerogative. GamerGate may be the most relevant example of this, but it’s just one such example.

And please, don’t assume this is just the stereotype of young men living in their mothers’ basements. It is fathers, uncles, businessmen, brothers, sports stars, politicians of all ages. One woman columnist, who had received a particularly vile message, was able to track down the identity of the writer of the message and discovered he was an older man who sold insurance on Long Island.

And what we see taking place in social media mirrors what we see taking place in American society in general in the United States. Men seem to be attacking women for every possible reason: from contraception to abortion, to their role in the military, to their jobs as reporters and members of the media, to their place as the leader of a nation, as leaders of important businesses, too many American men are using what means they have at their disposal, (politics, religion, business etc.) to attack the gains that women have made over the past 40 or 50 years. And it seems they want to prevent them from knocking down any more barriers that have long pinned women as second-class citizens.

I don’t know what we can do to stop it, but there is something that we can do to out it online. It would need the support of Internet Service Providers across the nation. Don’t stop these misogynist trolls from writing their vile messages – I’m not proposing censorship. But expose them for doing it, in the same way that we now frequently make public the names of delinquent dads. IP addresses come along with these comments and many names can be tracked down (since these cowards almost always use pseudonyms).  Then shame them.

It’s reached the point where something needs to be done. Perhaps publishing the comments and the names of those who wrote them might make a difference. Shame has a way of doing that.

Was a Va. firefighter humiliated by male co-workers online before she killed herself? Washington Post