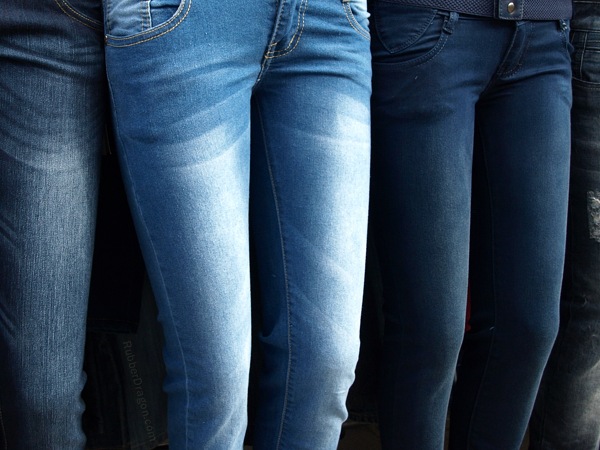 In the fantasy world of America, globalization can be stopped dead in its tracks, and blue jeans will still sell for $20 a pair at Sam’s Club. Manufacturing jobs long vanished will be returned, despite the onslaught of automation (driverless cars anyone?). There is no need to improve education or skills because all those old jobs will be coming back. Jobs that are currently filled by immigrants, some of them undocumented, will be filled by Americans eager to do the work that right now a Bangladeshi, or a Mexican, or a Chinese worker do, for next to nothing. Obamacare can be wiped away, and healthcare in America won’t be a problem. Despite the rising oceans, and soaring temperatures, climate change does not exist and Americans can burn as many fossil fuels as they wish.

Oh, it’s a wonderful world. Lollipops and unicorns and everybody wins the lottery under President Donald Trump.

Too bad it really doesn’t exist and never will.

You have to give Donald Trump credit, however. He realized that Americans would rather live in a fantasy world than in the real one. The real one scares them with the challenges that it creates, and Trump persuaded enough Americans that he could create that fantasy world that they so desperately long to inhabit.

But the point is, like all fantasy worlds, this world never really existed. Trump is a snake oil salesman above all, however, and he knows what his audience wants to hear and what they want to believe. And so America will spend the next four years trapped in a fantasy.

But it’s still just a fantasy.

For instance, take globalization. There are some serious problems with globalization for sure, and there is little doubt that it needs some major tweaks. But get rid of it altogether? Do Americans really understand what that means?

Will the day come when Americans happily pay $150 for the blue jeans that they want? Again, I leave that to your imagination.

And let’s remember it just won’t be blue jeans. It will be shoes, clothing of all kinds, televisions, cell phones, cars, toys – almost everything that we use in our everyday lives with lower prices because of globalization will cost dramatically more once globalization goes away.

Let’s take climate change. Republican leaders like Gov. Rick Scott in Florida don’t even want to acknowledge it exists. Most members of Trump’s new cabinet don’t really believe in it, or at least say they don’t, at the behest of the big oil and coal companies who happily support their political campaigns.

But climate change is real. Just ask the American military, which has named it one of the most serious threats to the country in their past two reports on the dangers the U.S. faces in coming decades. Increased migration caused by climate change will dwarf what we are seeing in Syria. Rising sea levels threaten to put even Gov. Scott underwater. There will be more bizarre weather, more damaging storms, increasing conflicts around the world over dwindling resources caused by climate change – the US military outlined it all.

Americans seem willing to say how much they value the military, but they really don’t want to listen to it. Especially if it upsets their fantasies of bigger cars and lots of gas.

Or, take undocumented workers. Do you really believe most Americans are willing to spend hours daily under a burning sun picking lettuce or strawberries or potatoes, or to make sure that your lawn and your garden look just right, all for minimum wage? Or that your fast food hamburger stays cheap because the people working behind the counter are willing to work for next to nothing, in often abysmal conditions, for longer than a week or so? If you do believe that, then you’re a fool.

Because here’s the truth about many, many Americans. They want their lifestyle without having to work for it. And this is true of whether they live in New York City or Des Moines Iowa or on a farm in Arizona or one in North Dakota.

There might be different shades to the fantasy depending upon the part of the country that people live in, and the myth they have built up themselves about being “self-reliant,” but it’s still basically the same fantasy. After years of being fed lies about the fantasy (by both Democrats and Republicans, it should be noted), it’s embedded in the American psyche like an iron peg hammered into  frozen ground. Donald Trump knew it, played to it, manipulated it, and won with it.

It would be easy to write about this all day: about the Middle East, about terrorism, about our relationship with Russia and China, healthcare etc., etc.

Americans do not want to deal with reality. It’s just too difficult, time-consuming, expensive and hard. Americans would need to be deeply self-reflective and thoughtful about their place in this country, the world and, yes, even the universe, to make the decisions needed to escape our fantasy lives.

But we all know that change is not going to happen, and Pres. Trump knows that most of all. The best we can do is try to find those little bits of reality that will come floating along when the fantasies he promotes start to look threadbare.