We were wrong. So very wrong. 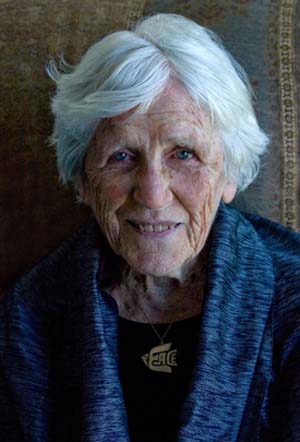 We democrats thought there was no way that Americans would elect a man so totally unfit to be president. A man who has cheated his workers, made sexually perverted comments about women (heck, even his own daughter), not-so-subtle anti-Semitic comments, openly racist remarks about Hispanics and Muslims. A man who might spend as much time in court fighting criminal and civic charges as he spends in the White House. A man so totally abhorrent and at heart anti-democratic that electing him would say that Americans were more interested in the Putin, Erdogan style of “I’m the total boss” leadership than in an inclusive leader. That could never happen.

It did. We underestimated the level of hatred and distrust for Washington. How much white Christian America wanted to turn back the clock.  How scared white people were. White people who were only too happy to buy into Trump’s phony message of making America great again by bringing back jobs that will never return, by getting rid of minorities who are an important part of the country’s economic and daily fabric, by saying that he could do it all though he can’t. We underestimated that intrinsic American anti-intellectualism that goes back centuries, and the desire to tell the rest of the world to piss off.

And while Clinton won the popular vote despite losing, and fewer people voted for Trump than voted for either Sen. John McCain or Gov. Mitt Romney when they ran for office, enough people wanted to believe Trump. And he won in the right combination states to take the electoral college.

It’s very, very scary. Especially if you’re black, Hispanic, or a Muslim. Women need to be afraid as well. White liberals also have cause for concern, but white people aren’t the target (unless you’re Jewish of course) of the racist, alt-right white-supremacy crowd that is basking in Trump.

Trump is, in fact, not our main danger. Trump knows S.F.A. about governing. He just wants to be PRESIDENT. He’s too much of an egotist to care about actually governing.  It’s the people around Trump: Newt Gingrich, Rudy Giuliani, Sarah Palin, Corey Lewandowski, and worst of all, Steve Bannon and his alt-right minions. They are the true enemy. It’s important not to take them for granted.

My family and I have an easy solution.

I’m a Canadian. My kids all have Canadian citizenship. My wife still has her landed immigrant status and a Canadian social insurance card. We could just leave the nightmare of the next four years that the United States faces behind us and move to a place with sane gun laws, sane abortion policies, sane universal healthcare and just plain sanity. A country where people, for the most part, don’t seem to be afraid of people who look or worship different than they do.

But that would solve nothing. The fight for the future is not in Canada. It’s right here, in the U.S.

I won’t lie. It is a dark time. The election of Trump was like getting hit with a sledgehammer. I couldn’t look at a paper or watch TV or listen to a radio. I just wanted to pretend it was all a bad dream. Heck, it was hard even getting out of bed.

So I went back to my inspirations. I re-read some important parts of Martin Luther King Jr.’s works. I thought, strangely enough, of a U.S. Marine recruitment ad that talks about running toward, rather than away from, danger and “the sound of conflict.”

And I thought of Muriel Duckworth. Mrs. Duckworth was a fighter for peace and social justice for many of her 100 years. She lived in Nova Scotia for a long time, where I had the chance to interview her on a few occasions. She always inspired me. She always did the right thing, regardless of what other people thought, or the negative feedback she would receive.

So I thought, “What would Muriel do?”

She would fight, goddamn it. She would accept her defeat for what it was, learn from it, and keep on fighting for the things she believed in. She knew that the journey, the struggle, is every bit as important as the end result.

And that’s what Democrats, and even those Republicans who are opposed to Trump, need to do. We don’t need to blame each other. Wallowing in defeat is not a strategy to make a difference. It is what it is. We must keep our eyes on the prize. Democrats need to start building their own ground-up movement to take shape. It will likely take longer than four years to make this happen. But it’s important to remember what MLK Jr. said: “The moral arc of the universe is long, but it bends towards justice.”

So please, run toward the sounds of conflict, not away. It will make all the difference in the world. And remember, we are not alone.