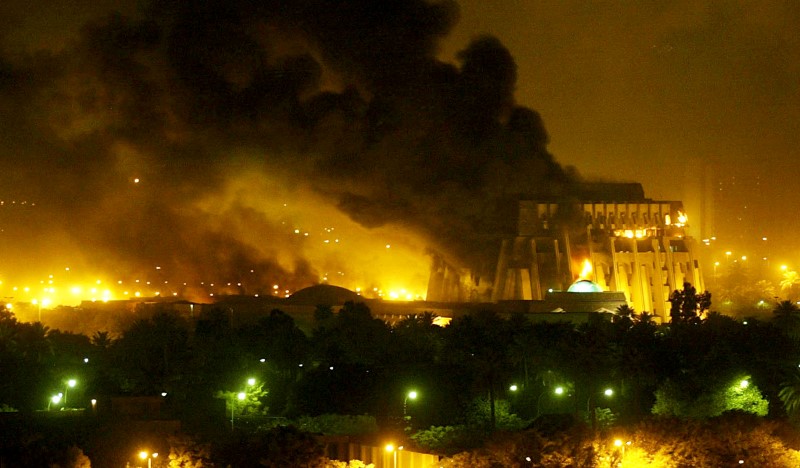 Sir John Chilcot’s Iraq Inquiry report, on Britain’s role in the 2003 invasion of Iraq, provided damning evidence of how the British people were misled by their political leadership, in particular then-Prime Minister Tony Blair. The report was so damning that it bled beyond Britain to “throw shade” (as they say) on the George W. Bush administration in the United States.

After the report was released July 6, there can be no doubt in anyone’s mind that the Bush administration was going to have a war in Iraq against Saddam Hussein, and no one was going to stop it. And that the administration would lie, misleading the public, to make it happen. Blair was, in reality, just an erudite pawn of the Bushies, in particular of the Dark Lord, then-Vice-President Dick Cheney.

But once again one of the main actors in this fiasco – a group enormously important in providing the false justification for the war, which in turn led to much of the violence and terrorism in the Middle East today – was hardly, if ever, mentioned.

There is a saying that in times of war “editors grow epaulettes.” In 2002 and 2003, editors and producers at newspapers, web sites, and cable news channels didn’t just grow epaulettes, they practically signed up for active duty.

As the commentary website Truthout said on the 10th anniversary of the war several years ago:

“In the days and weeks leading up to the invasion of Iraq, corporate media – and even NPR and PBS – were abuzz with the talking points of the Bush Administration, echoing claims that Iraq had its hands on “yellow cake uranium” and that it had a massive arsenal of “weapons of mass destruction.”

Thanks to the media’s repeated claims that Iraq and Saddam Hussein were immediate threats to our nation, in the weeks leading up to the invasion nearly three-quarters of Americans believed the lie promoted by Donald Rumsfeld that Saddam Hussein was somehow involved in the attacks of 9/11.

Most of America’s media forgot how to be journalists and became cheerleaders instead. This continued long after British newspapers like the Guardian were reporting there were no weapons of mass destruction. This refusal to accurately report the facts lasted so long that almost two years after suspicion was first raised about the Bush administration’s claims about “Yellow-cake uranium” and WMDs, almost 40% of the American public still mistakenly believed that Hussein both had weapons of mass destruction and was involved in the planning of 9/11.

This, sadly, was not the first time the American media were played for suckers by a Bush. In February of 1991, when there was still heated debate taking place in Congress about whether or not to go to war in the Gulf, a young Kuwaiti woman appeared in front of a House committee and said she had seen Iraq soldiers take babies out of incubators in Kuwait City in order to send the machines back to Baghdad for use by Iraqis. The comments inflamed lawmakers.

Meanwhile, at that moment, press releases about this incendiary allegation were flooding news rooms throughout the US.  The media, as one, sprang up in indignation. Story after story ran about the babies in the incubators.

There was only one problem. It wasn’t true. No member of the media had bothered to find out who the young girl was, or where she was from. It turned out she was the daughter of the Kuwaiti ambassador to the US and that she hadn’t actually seen Iraqi soldiers doing this, in fact she wasn’t even in Kuwait when this was supposed to have happened.

And all those press releases? Well, they had come from Hill-Knowlton, the DC PR firm who had been hired by the Kuwaiti government to lead the media down the primrose path to supporting the war. (The CBC show Fifth Estate later won an international Emmy for its work in exposing this manipulation. You can read the details below in a column I wrote for the Christian Science Monitor in September of 2002, “When contemplating war, beware of babies in incubators.”)

I remember at the time, so soon after 9/11, there was discussion about the role of journalists. And generally the feeling was that journalists were American citizens first and media people second, and that their duty was to support the country and the president.

How wrong they were.

The first duty of any serious journalist is to the country and its citizens, and that means protecting that country from lies and manipulation by those in power, no matter the cost. Since most American journalists, and certainly almost all mainstream journalists, did not do this, the Bush administration, with the help of their lapdog in England, Tony Blair, was able to launch the world on a road to war that we are still on today.

If American journalists had actually done their jobs, had actually been journalists, and not just bought what the Bush administration said hook, line and sinker, think of how things might be different. If journalists had asked the questions that need to be asked, instead of turning into the cheerleaders that they did, the country (and the world) would have been much better served.

Unfortunately, not much has changed. If war was on the horizon again today, I have few doubts that the epaulettes would appear on the shoulders of editors again. For the sad truth is that far too many American journalists are not interested in bringing truth to the public, but in being popular, well-watched or read, making money and being invited to all the right parties in Washington and New York. 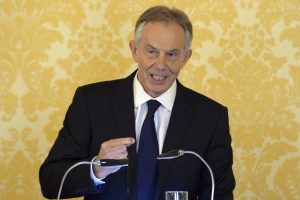 Iraq Inquiry: a catalogue of political failure, by  Michael Holden and William James

Former Prime Minister Tony Blair’s justification, planning and handling of the Iraq War involved a catalogue of failures, a seven-year inquiry concluded July 6 in a scathing verdict on Britain’s role in the conflict.

How the Media Fueled the War in Iraq, Truth Out: http://www.truth-out.org/opinion/item/15234-how-the-media-fueled-the-war-in-iraq