American Fascism: We’ve Been Here Before

It feels funny to be in this place, at this time. There is a certain sense of déjà vu. This must have been what it was like to be in America in the late 20s and early 30s in the 20th century. 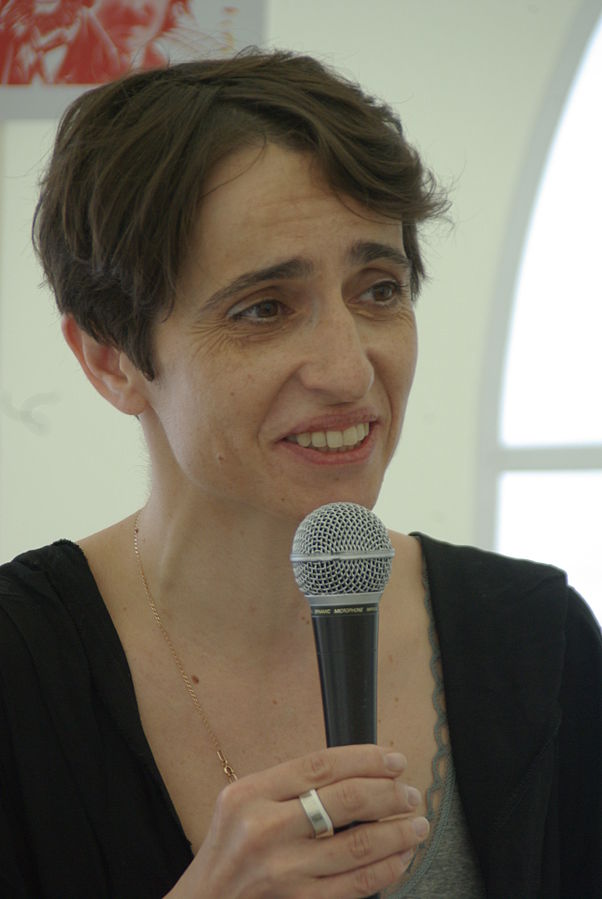 What Hillary Clinton should have said, wrote Masha Gessen after the US election, was: “We are standing at the edge of the abyss. Our political system, our society, our country itself are in greater danger than at any time in the last century and a half….” Above, Masha Gessen. Photo by Rodrigo Fernandez, Creative Commons/Wikipedia

As Hitler’s power grew across the ocean, the idea of fascism began to grow stronger in the United States. In states like Wisconsin, the German-American Bund (an alliance of pro- Hitler German-Americans) started to run youth camps to indoctrinate children into the ideas of Nazism. Major American figures supported Hitler’s Germany. They included Charles Lindberg, who gave a speech September 11, 1941, denouncing President Franklin D Roosevelt and America’s Jews for pushing the country towards entry into war; Henry and Edsel Ford (Henry wrote the violently anti-Semitic book, “The International Jew,” which many Nazis cited as a source of their policies);, Paul Warburg (head of the Federal Reserve); and Charles Mitchell (the president of Standard Oil).

Major American businesses, like General Motors, IBM, Ford, Standard Oil, Kodak, and Coca-Cola continued to do business with the Nazis even after their treatment of the Jews and other minorities were well-known.

Major media outlets like the New York Times, the Christian Science Monitor, the New York Herald Tribune, the Columbus Dispatch and others said that Hitler didn’t really mean all that stuff about Jews and conquering Europe. It was just rhetoric for his base at home, they suggested. The Dispatch wrote that the Nazis were a reaction to the “large Jewish element in the financial, commercial, professional, and official life of present-day Germany.” And the Monitor editorialized that it was the Jews’ own “commercial clannishness which gets them into trouble.”

I don’t write the above to condemn the present-day versions of these organizations. These controversies were more than 80 years ago. They are not now the same. As for the individuals, like Ford and Lindberg, history long ago marked them for their pro-Nazi sympathies.

No, I include this list to show that America, for all its talk of the love of liberty and equality, has long had a fascination for fascism and the rule of the autocrat. Americans, in particular white Christian Americans who believe that is their “God-given divine right” to run America, have seen fascism as a way to ensure their “right.”

This seems especially to be the case at times of economic trouble and cultural upheaval. Fascism of the kind offered by Donald Trump appeals, as a bromide against the problems of the day. Get rid of the immigrants, send women back to the kitchen, attack the Jews, the gays, those who are “different,” and all your problems will go away.

But there is a fundamental difference between America of the late 20s and early 30s, and the America of 2016. Back then, America had President Roosevelt, a progressive champion who, while not perfect by a long shot (ask a Japanese-American), at least was a bulwark against the popular sentiments promoting fascism. Today Roosevelt’s role is about to be filled by a man who actively promotes not only fascist ideas, but also people who believe in them even more than he does. 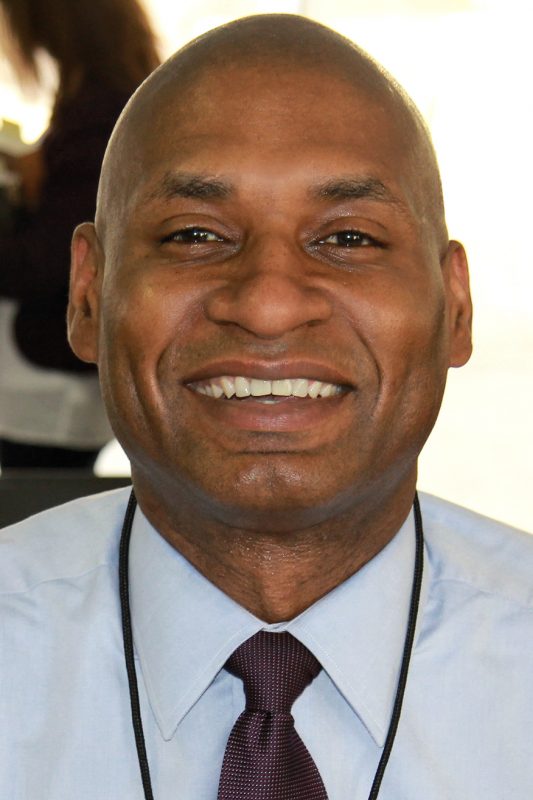 New York Times writer Charles M. Blow, above, rejected the idea of appeasing Donald Trump: “This isn’t just about you, but also about the moral compass of those who see you for who and what you are, and know the darkness you herald is only held at bay by the lights of truth.” Photo by Larry D. Moore, Creative Commons/Wikipedia

Last week a group of neo-Nazis lead by Charles Spenser (who runs the innocuous sounding National Policy Institute and Radix Journal), gathered at the downtown Ronald Reagan Building in downtown in Washington, DC, to celebrate Trump’s victory. “For us, as Europeans, it is only normal again when we are great again!” he shouted at the end of the evening, a statement greeted by more than a few Nazi salutes by those in the crowd. “Hail Trump! Hail our people! Hail victory!” Spencer is off to do a speaking tour at U.S. universities.

No doubt man who will say that I am being hysterical. That Trump is already “sounding more moderate.” It’s easy to see how some of the mainstream media, particularly cable news, wants to believe this, and will probably promote this idea. After all, as we saw above, that’s what many did with Hitler back in the 30s.

But I want to quote from the article “Autocracy: Rules for Survival” by Masha Gessen, in the New York Review of Books. Gessen has spent many years covering Russia and similar regimes. We do not owe Trump “an open mind” she wrote.  “It was as though Donald Trump had not, in the course of his campaign, promised to deport US citizens, promised to create a system of surveillance targeted specifically at Muslim Americans, promised to build a wall on the border with Mexico, advocated war crimes, endorsed torture, and repeatedly threatened to jail Hillary Clinton herself.”

This goes right to the heart what Gessen learned from her many years of covering autocrats and fascists: Rule #1: Believe the autocrat. He means what he says.

With that in mind, consider this quote, from New York Times columnist Charles Blow. Blow refused to go the meeting this week between Trump and the editors and staff of the Times, and said he was proud and happy that he did no go. Then Blow let Trump have it.

“The very idea of sitting across the table from a demagogue who preyed on racial, ethnic and religious hostilities and treating him with decorum and social grace fills me with disgust, to the point of overflowing. Let me tell you here where I stand on your ‘I hope we can all get along’ plea: Never. You are an aberration and abomination who is willing to do and say anything — no matter whom it aligns you with and whom it hurts — to satisfy your ambitions.”

We need to heed Gessen’s advice: believe what he says he’ll do. Don’t think he’ll “soften.” And we need to follow Blow’s actions: we will never get along.

This is a moment like the one in the 30s, when we need to decide which way this country will go. Trump lost the popular vote by the largest margin of anyone who has won the electoral college. Many more Americans are against Trump than are for him.

How those of us opposed to Trump mobilize over the next four years could make all the difference between the rest of the Nazi analogy playing out, or taking the next step in the creation of an America where religious, ethnic and gender diversity and roles are valued.

Correction: An editing error inserted the wrong first name for President Roosevelt in an earlier version of this story.

When American media cozied up to Hitler, The Daily Beast: http://www.thedailybeast.com/articles/2015/12/20/when-america-s-media-cozied-up-to-hitler.html

How Journalists Need to Begin Imagining the Unimaginable, podcast by Eric Umansky, ProPublica, with journalist Masha Gessen, who spent years reporting from Putin’s Russia, on her thoughts on what journalists should be on watch for with the incoming U.S. administration.