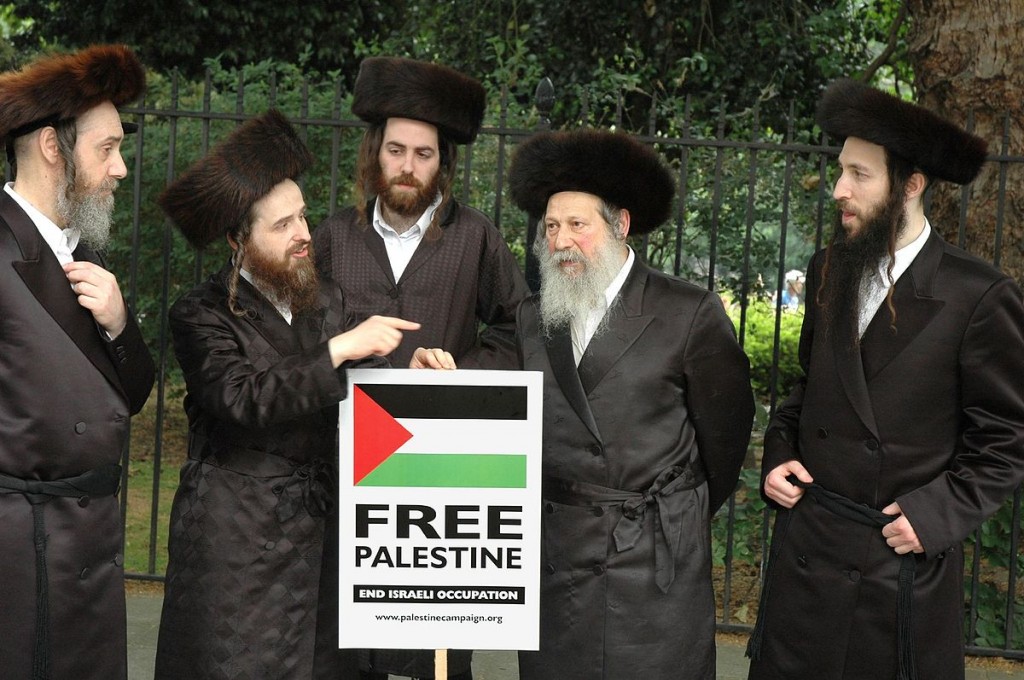 It’s the question of the moment: Is the BDS movement a legitimate way to protest the actions of the Israeli government, or it is a slick anti-Semitic attempt to undermine, or even destroy, the state of Israel?

The Boycott, Diversify, Sanction movement was created in 2005 by 171 non-governmental Palestinian organizations, to organize and promote “non-violent punitive measures” against Israel until, as it says in Wikipedia, it “complies with the precepts of international law” by:

There is a fair degree of debate on how effective the BDS movement is, and how much effect that it is having on Israel’s economy.

An editorial in The Economist argued that the campaign is “gaining weight,” and that while once seen as as the hobby of “crackpots,” it is turning mainstream.

On the other hand, while the movement has achieved some successes in stopping large firms from doing business with Israel, and contributed to some companies and universities divesting from Israel, Alastair Sloan writes in  in the Middle East Monitor that trade from Western countries to Israel is actually rising,Or that the movement is unintentionally damaging the Palestinian economy, what little there is of it.

Some well-known critics of Israel, such as MIT professor Noam Chomsky, who supports many but not all similar goals as the ones espoused by BDS, warns the campaign risks backfiring, particularly when it compares itself to the South African divestment movement.

“While there is … a growing domestic opposition in the United States to Israeli crimes, it does not remotely compare with the South African case,” he wrote in 2014, quoted by The Guardian. “The necessary educational work has not been done. Spokespeople for the BDS movement may believe they have attained their ‘South African moment’, but that is far from accurate. And if tactics are to be effective, they must be based on a realistic assessment of actual circumstances.”

The actual effectiveness of the BDS movement itself is still undecided. 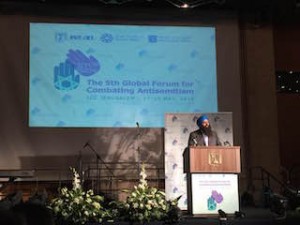 Tim Uppal, Canada’s multiculturalism minister, spoke May 13 at a forum in Israel on combating anti-Semitism and the BDS movement.. Photo: government of Canada handout

But the real question, and the one that has been provoked by the recent actions of prime minister Stephen Harper’s government in Canada, is about anti-Semitism. Under the new draconian Bill C-51, the Harper government has threatened to charge anyone who openly supports the BDS movement with a hate crime.

Is calling for the boycott of business with Israel an anti-Semitic act? Or is it a legitimate non-violent way to protest the actions of what many people increasing regard as a government that has shown itself to be mendacious, untrustworthy and a constant breaker of international laws?

But it is a common tactic of many far-right or conservative supporters to say that any criticism of Israel is anti-Semitic. Nonsense. The actions of the government of Israel cannot be judged in such an artificial way. It is possible to support Israel but condemn actions undertaken by its government.

When the government and military undertake actions like they did in 2014 in Gaza, that many other people and nations in the world say crossed a line from legitimate self-defense to constitute war crimes, or when Arab citizens of Israel are treated as second-class (or worse) citizens and often subjected to ridiculously racist laws, people and organizations around the world who oppose these measures have a right to protest them in a non-violent way. Supporting the goals of the BDS movement – whether by taking part in protests or by making an effort not to buy Israeli products, particularly those made in illegal Israeli settlements – is one way for them to do that.

It’s also important to note here that the support for the BDS movement is quite broad and includes Jews. The Jewish Forward recently carried not one but two stories that covered Jewish involvement in BDS. In one piece, it looked at how the “birthright” tours that take young American Jews to Israel are actually backfiring in some cases and leading these young people to support BDS. The second, an opinion piece which is actually opposed to BDS, at least acknowledged that there are young Jewish students who have joined BDS (although the author describes this as “capitulation”).

Supporting BDS is a personal decision. Some people may find other ways, through other actions or words, to protest the actions of the Israeli government. But for many, it will remain a popular choice, to express their support for Palestinians and to press the Israeli government to comply with international laws, stop the building of illegal settlements in occupied land, and improve treatment of its Arab citizens.

That does not make it anti-Semitic. It does make it a way to legitimately express your concerns about events in a part of the world that affects everyone.

Noam Chomsky in the Guardian: http://www.theguardian.com/world/2014/jul/02/bds-boycott-campaign-israel-noam-chomsky

On the “academic intifada,” Forward.com http://forward.com/opinion/307951/how-american-jews-can-fight-the-academic-intifada/