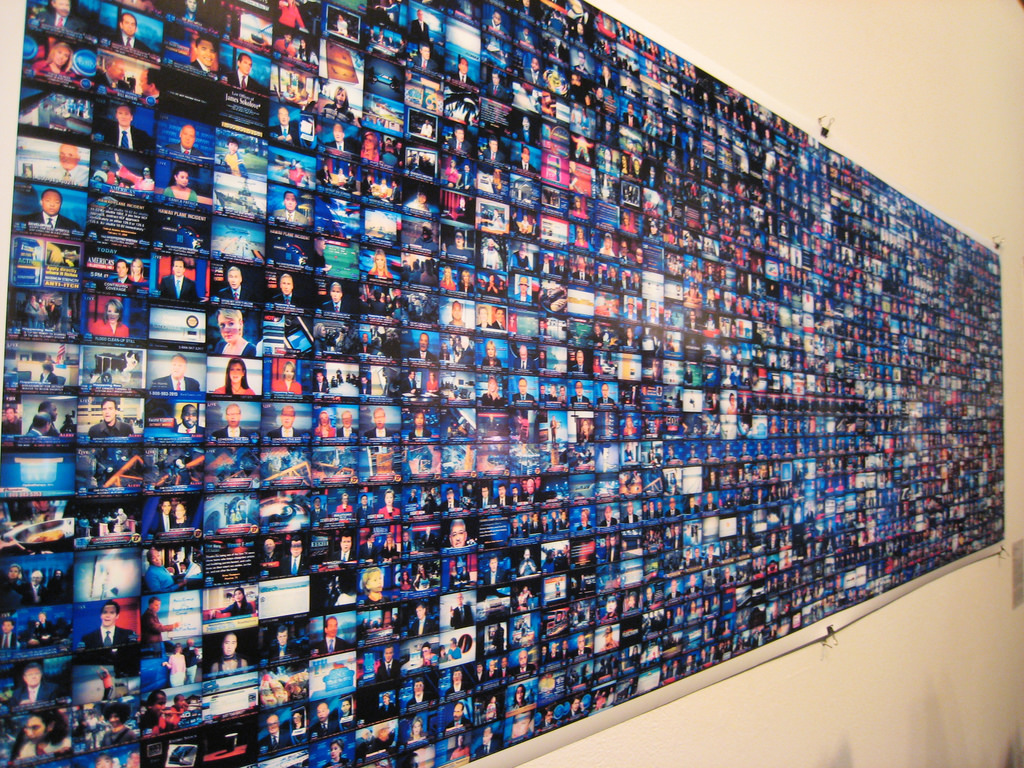 Last year brought the United States a video presidency. Many reports indicate that America’s 45th president is the first president to have trouble with basic reading above the Grade 4 level. Reportedly, he wants every issue to be reduced to no more than nine bullet points on a single page. (1)

He would rather get his information from outside sources – which has been a huge problem. For news and information, 45 relies on TV.  Interviewers often mention that 45 keeps the TV constantly blaring Fox News, which Politifact has named the least accurate cable news station.  (2)

When he’s on the Web, #45 likes Infowars, Alex Jones’ conspiracy theory website, promoting theories such as blaming the US government for the Newtown school massacre, and claiming the media  deliberately don’t report terrorist incidents in order to push a diversity agenda.

Some people are alarmed that Jones’ ideas have surfaced in 45’s speeches. As Jay Willis wrote in Gentleman’s Quarterly, “…. if Trump’s assertion that the press is withholding this information is pretty scary, his willingness to fill in those gaps with the dystopian fever dreams of Alex Jones is off-the-charts terrifying.”

On the other hand,  #45 is going to have to start flipping dials and searching websites for new news sources, because his favourite sources are rapidly self-destructing.

Take Roger Ailes, who (with 20th Century Fox owner Rupert Murdoch’s approval) shaped Fox News into a vehicle for white men’s revenge fantasies, as well as a very successful business, with profits estimated at more than $1 billion a year.

“Murdoch tapped Ailes to create and run the network in 1996, ushering in a controversial new era in cable news,” CNN Money reported last year. “By hiring hosts like Bill O’Reilly and Sean Hannity and enforcing a conservative editorial point of view, Ailes developed a virtual public square for the American right and filled a void on television. It has dominated all other cable news channels for 14 years.

“The channel claimed to be ‘fair and balanced,’ but in reality its programming was tilted in favor of conservative opinions and Republican politics, reflecting the views of Ailes himself. Fox mixed daily news reporting and nightly conservative opinion in ways that many critics found to be damaging to American discourse. But Fox’s many fans said it was a necessary counterweight to liberal media bias….”  (4)

Then came a shock. Last year, Roger Ailes had to resign from Fox News, after news anchor Gretchen Carlson filed a sexual harassment lawsuit against him – and other Fox anchors quickly piled on with their own complaints about his behaviour. He’ll need the $40 million contract-payout he reportedly received from Fox, to respond to Gretchen Carlson’s lawsuit, and perhaps others.

All the leggy blonde women news anchors on Fox look like they’re just about to compete in a Miss Universe contest – and that’s no coincidence, says Liza Mundy. She was surprised by how the Fox make-up department started plastering on cosmetics for her own guest appearance, ” … there is a YouTube montage devoted to leg shots of Fox anchors, who are often outfitted in body-hugging dresses of vibrant red and turquoise, their eyes enhanced by not only liner and shadow but also false lashes. A Fox regular once commented to me that she gets more calls from network management about her hair, clothes, and makeup than about what she says. ‘I just think of it as a uniform,’ she said of her getup….” (5)

This week, Fox News has also fired  Bill O’Reilly, (and risked his audience of four million cable viewers),  for the same reason as his boss: charges of sexual harassment. CNN called this move a very big deal.

“[Bill] O’Reilly… was the front-facing spokesman for the modern-day conservative movement just as now-deposed Fox boss Roger Ailes was its behind-the-scenes architect.

For the generation of conservatives who came into their political prime from the late 1990s through, well, today, O’Reilly was a North Star of sorts… a tough-talking populist, willing to stare down the so-called ‘mainstream media’ and skewer political correctness….”

The New York Times broke the story on April 1, reporting that O’Reilly had settled sexual harassment with five women to the tune of  $13 million with five women – and the Fox network stood by him and helped with the payments.

“Since then,” the Times reported on April 19, “more than 50 advertisers had abandoned his show, and women’s rights groups had called for him to be fired.” An internal investigation reportedly turned up “multiple” other women who had complaints they hadn’t filed – yet. (6)

Among the very few who rose to O’Reilly’s defense was Donald Trump, a long-time friend and unabashed fan of O’Reilly’s.  Similarly, Trump the candidate is very much in the O’Reilly political mold, says CNN. (7)

“[As a candidate] Trump embodied many of the principles that O’Reilly had popularized over the years — most notably a visceral rejection of political correctness and a willingness to blame most of the problems in the country on a biased and liberal media.”

During last fall’s election, Spin Magazine called Jones “a bona fide force in mainstream American politics.” From his Austin, Texas home, his show beams to 160 stations across the US, while his websites attract an estimated 7.5 million views. (8)

Alex Jones is a leading “Truther.” “It would be unthinkable for any other major-party presidential candidate to willingly appear on a show with a man who believes that the U.S. government was involved in conducting the 2001 World Trade Center attacks, as Jones does, or to intimate that he would not accept the results of the election, an impulse that Jones encourages,” wrote Andy Cush in early 2016.

Yet #45 has echoed many of Jones’ completely unsubstantiated theories. A Clinton ad used a clip from Jones’ radio show where Jones said, “It is surreal to talk about issues here on air, and then, word-for-word, hear Trump say it two days later.” While not a top-tier player like Steve Bannon, Jones has been highly influential to #45’s tweets and public comments.

Another shocker – this last Tuesday, April 18,  Kelly Jones, Jones’ estranged wife, sued for divorce and sole custody of their three children, citing some of Alex Jones’ on-air rants as proof that he is mentally unstable and not a suitable parent.

“He says he wants to break Alec Baldwin’s neck. He wants J-Lo to get raped,” she testified. He broadcast his show from their home, with the children present.

In response, Alex Jones’ lawyer stated that Jones was playing a role when he was on-air. He was a performance artist. He didn’t really mean his threats against others, or his encouraging others to take violent action against his imaginary demons. Gag me with a spoon. (9)

Meanwhile, a dozen other big-name Fox News hosts have left for other venues. Bill O’Reilly is facing challenges in replacing his reputed $18 million annual salary. Alex Jones will probably need the performance of his life to carry on his radio and online career, not to mention his personal life.

What all these personalities have in common, #45 included, is that they eschewed the politically correct. They openly portrayed white male rage about losing privilege. They, and the US public, are learning that the privileged white male position is inherently toxic, to themselves and others.