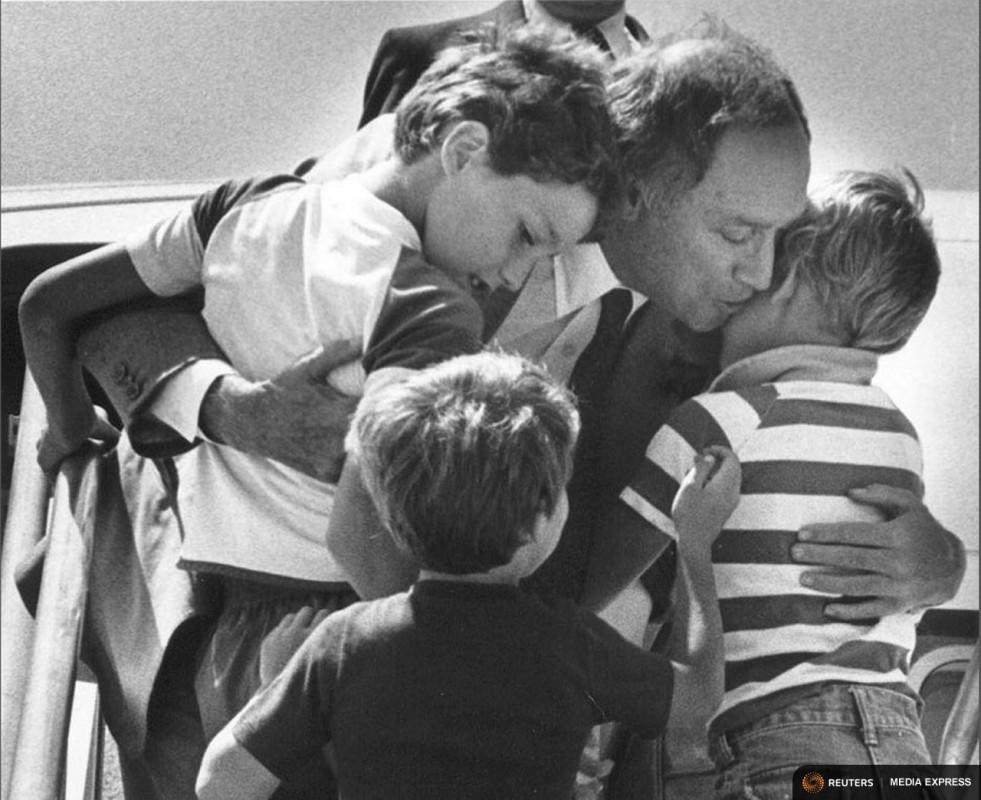 Canada’s Prime Minister Pierre Trudeau greets his sons Justin (L), Sacha (R) and Michel after returning home from a foreign trip in Ottawa, in a 1983 file photo. Canada’s new prime minister, Justin Trudeau, is moving back to the house where he grew up. The Liberal leader, son of former prime minister Pierre Trudeau, led his party to victory in a federal election Oct. 19, defeating Stephen Harper’s Conservatives by a wide margin. REUTERS/Andy Clark

“Dear kids, we are starting on a new adventure together,” newly-elected Justin Trudeau said from the giant overhead TV screen. I was standing in Liberal candidate Matt Grant’s post-election party when Trudeau’s acceptance speech appeared on overhead TVs in the Red and White Club in Calgary, Alberta’s, McMahon Stadium. I’d been a poll-watcher, overseeing the ballot count, and I was dropping off the poll sheets. And there was Justin Trudeau, taking up national air time by talking to his kids. 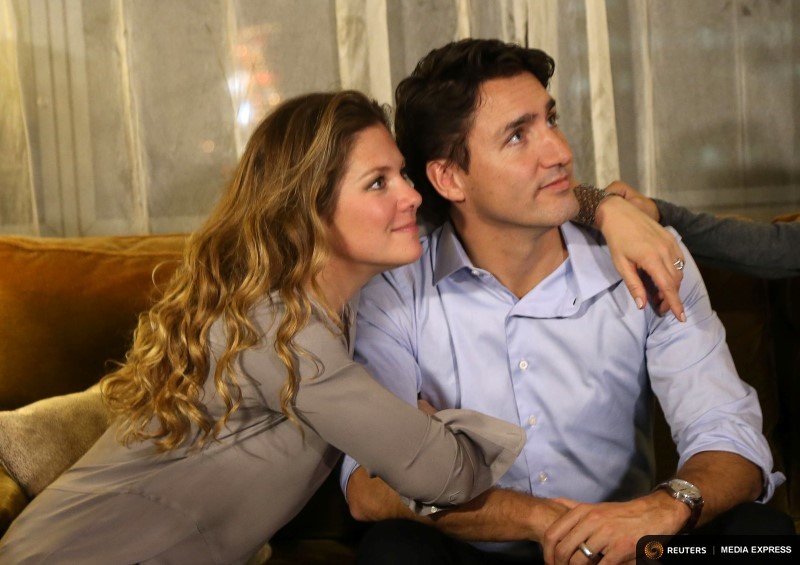 Of course, every candidate starts by thanking family and friends. Trudeau started by talking about positive politics and Wilfrid Laurier’s promise that “sunny ways” win more voters than fearmongering. I was pleased that he thanked his wife, television host Sophie Gregoire, by her full name, and gave her a separate turn in the spotlight. He paused when the crowd picked up her name and chanted, “So-phie! So-phie!” Then he went on to talk to his kids and I thought, by golly, George Lakoff was right!

In 2002, linguist George Lakoff divided conservatives from liberals by their parenting models. The author of “Don’t Think of an Elephant” explained Republican successes by the metaphors the GOP developed to mobilize conservative voters.

Chief among these were the “strict father” hooks Republicans used to practice us-and-them politics. “The conservative worldview, the strict father model, assumes that the world is dangerous and difficult and that children are born bad and must be made good. The strict father is the moral authority who supports and defends the family, tells his wife what to do, and teaches his kids right from wrong,” usually by applying painful discipline, a 2003 Berkeley student magazine quotes Lakoff.

By contrast, Lakoff said that “the progressive worldview is modeled on a nurturant parent family. Briefly, it assumes that the world is basically good and can be made better and that one must work toward that. Children are born good; parents can make them better. Nurturing involves empathy, and the responsibility to take care of oneself and others for whom we are responsible ….”

Conservatives were winning, said Lakoff in 2003, but only because they’d spent 30 years perfecting their marketing techniques, code words and dogwhistles. Also, of course, much of the Conservative base comes from Christian congregations where pastors re-inforce political messages. Liberals had been stuck herding cats while they scrambled to develop language that motivated a much wider group. In 2008 and again 20012, Barack Obama used nurturing parent metaphors (and a beautiful family) to bring new voters into the electoral fold.

Now here was a victorious Justin Trudeau glorying in the nurturing parent metaphor. His beautiful young family is part of his identity and will be part of his public life too. This is a dad who hugs his kids, not one who offers handshakes, who declares that “positive, optimistic, hopeful vision of public life isn’t a naive dream. It can be a powerful force for change.” Sunny ways, my friends. Canada has gone from a Prime Minister who evoked fear and loathing, to one to one who isn’t afraid to appear vulnerable and caring. 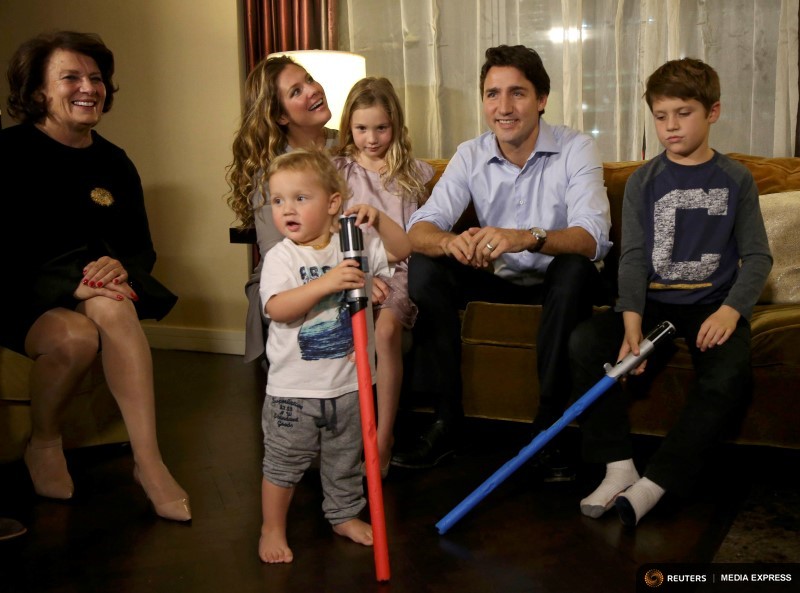