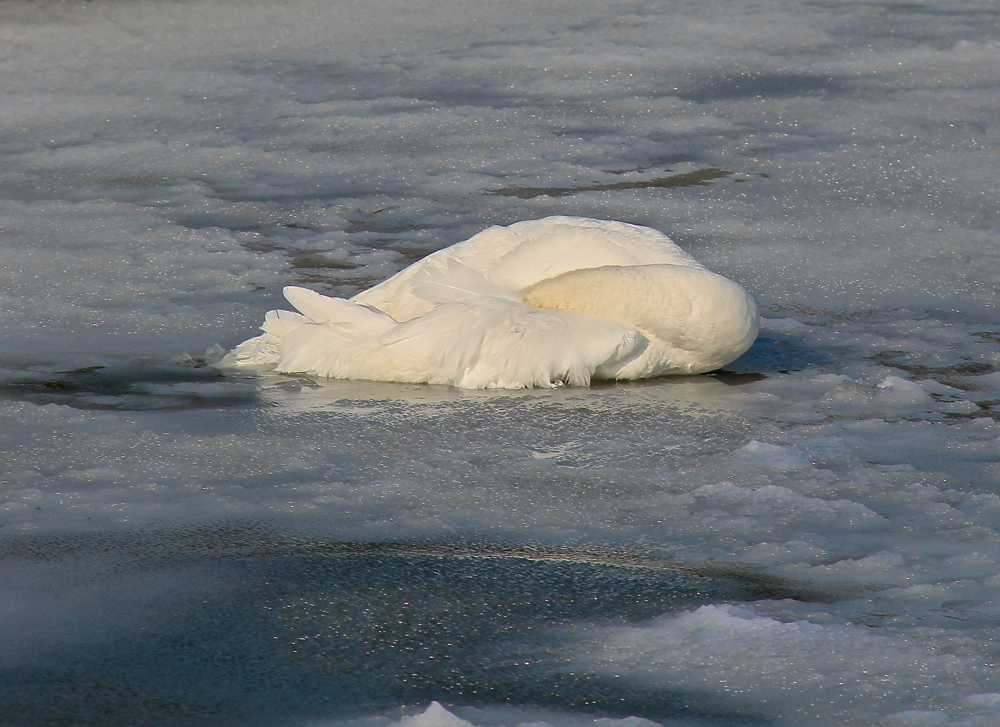 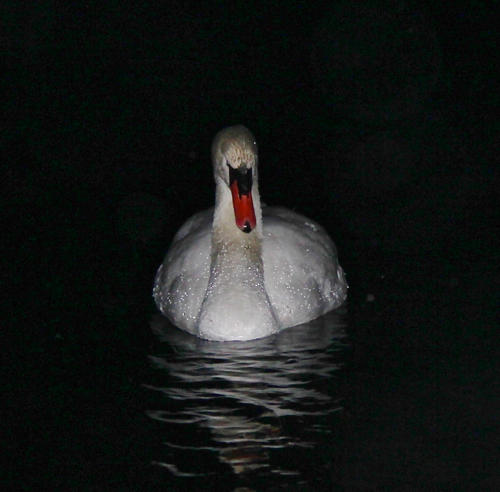 Sometime before first light on that same bitterly cold night, this swan died. She tucked her slender head under her wing and, as elegant in her passing as she was in life, she let go of her last breath. As the warming sun rose, the heat from her body sighed and became one with the ice that had imprisoned her webbed feet. Out there, alive and watchful somewhere on the skim that encased the harbour, were her life-long mate and, quite likely, one or perhaps two generations of her offspring. Nearby, only ruffling chest feathers visible above the ice line, lay three more victims of the night: two goldeneye ducks and a merganser. To the north, in a bay near Belleville, Ontario, 30 members of another flock perished in the cold.

These are not unusual or even tragic events: it is the rhythm of Nature, the relentless balance that defines a fragile existence and the death that comes to us all. I write this because most often I take pretty pictures that reveal only a fraction of what life is really like — the exalted part that is easiest to accept. But death too is reality that no one should turn away from or ignore. Most of all, I write to honour this swan, an ethereal life force that on one harsh winter night ceased to be.

E. Kaye Fulton is a writer and former member of Canada’s Parliamentary Press Gallery. She has perched for the winter on the shore of Lake Ontario in Wellington, in the province of Ontario.

Please help F&O publish great work: sign up for email notices with the subscribe form on Frontlines, where we post small stories and announce new work.  We offer site day passes and subscriptions. 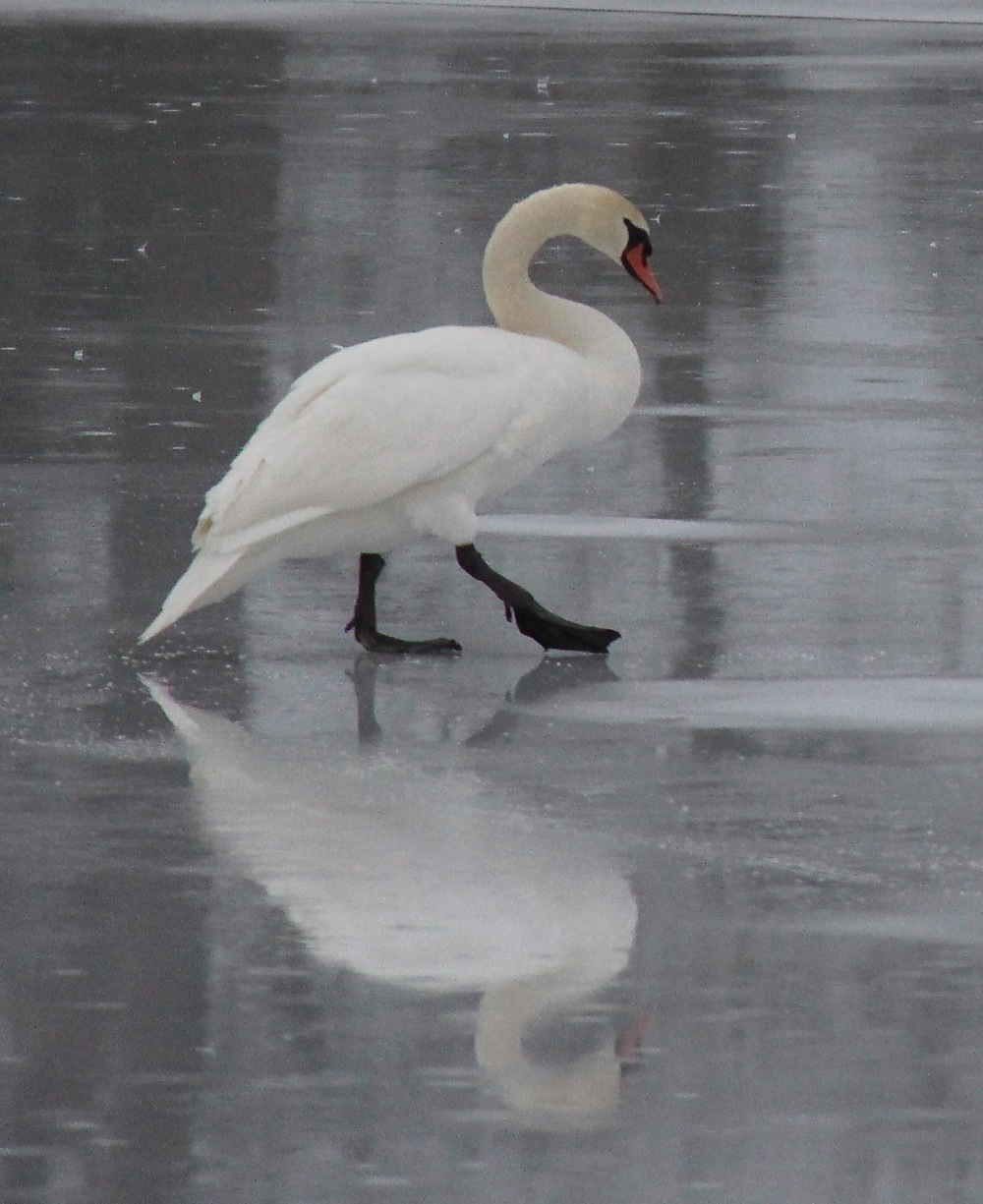