A Judge Asks: How Do We Hold a Child’s Mind Accountable?

An American judge on why we don’t know nearly enough about the link between the young brains and behavior.

By Morris B. Hoffmann, the Marshall Project
June, 2015 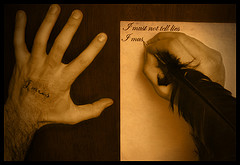 We humans are a morally messy species, constantly jostling one another at the marketplace of desires. But we also have built-in restraints. We know we are moral agents who will be held responsible when the pursuit of our own desires causes others harm. You break it, you buy it.

It is worth remembering these enduring truths as the glare of public attention once again spotlights the latest trials of the century. That glare can obscure some pretty clear lines the law has drawn over the last 5,000 years, including the differences between motive and excuse, and responsibility and punishment.

Just because a criminal has a perfectly good explanation for his harmful actions — I’m poor and angry, I am a heroin addict, I was doing it to please my friends or family — doesn’t mean we excuse those actions. That wouldn’t be a very sensible way to regulate the crowded marketplace of desires. The law excuses crimes only in a few very narrow kinds of circumstances, generally when those circumstances are so extreme that any reasonable person faced with them would also act criminally. The father forced by kidnappers to rob a bank under the threat they will kill his kidnapped son.

Insanity is another kind of extreme excuse. Many of us may doubt psychiatry’s ability to ferret out the truly delusional from the fakers. But we should broadly be able to agree that if we could reliably diagnose the fellow who shoots a man he really thinks is a space alien bent on killing all humans, he should not be held as responsible as the fellow who shoots a man he knows is just a man having an affair with his wife.

My friend and MacArthur1 colleague Stephen Morse has coined a term for the mistake of conflating motive, or more broadly any cause, with excuse. He calls it “the psycho-legal error,” and it is rampant in both popular and academic discussions of criminal responsibility. Few of us would be persuaded by a killer’s lawyer who argued that his client didn’t pull the trigger because it was his client’s finger that did it, or his client’s finger muscles, or the motor neurons leading to those muscles. Yet when we follow those neurons all the way up to the brain, suddenly any unusual condition of the brain becomes the moral agent, the excuse. “It wasn’t my client who pulled the trigger, it was his brain tumor.”

Sorry, but unless and until we know substantially more about how brains cause behaviors, and in particular how certain brain defects might affect the psychologies pertinent to responsibility, this defense of “my brain made me do it” will, or at least should, never go anywhere. Even if we were certain of the causal link, cause isn’t excuse. It couldn’t be. Brains “cause” all behaviors.

Some aspects of the debate about juvenile responsibility are a form of the psycho-legal error. “It wasn’t my client, it was his unformed prefrontal cortex.” We do not know nearly enough about the brain to be able to distinguish reliably between a 17-year old with a fully developed brain and a 29-year old with an underdeveloped one. Or to know whether any “underdevelopment” has anything at all to do with responsibility. So we are forced to draw arbitrary lines. In Roper v. Simmons2, the Court drew the line that 17-year old killers cannot be executed. It’s not an unreasonable line but it is an arbitrary one, and of course the controversy in that case was whether it was a constitutionally mandated one.

The psycho-legal error often masks a different kind of error in statistical reasoning. When I teach Roper v. Simmons to my law and neuroscience students, I ask them to raise their hands if they were once teenagers. Then I ask them to keep their hands up if, when they were teenagers, they broke into a woman’s house, kidnapped her, tied her up and threw her off a bridge into a river while she was still alive (which is what Mr. Simmons did). We have no rational basis on which to say that Mr. Simmons’s presumably underdeveloped or otherwise dysfunctional prefrontal cortex “caused” him to do this unspeakable crime.

It is also becoming increasingly clear that our brains come pre-equipped with deeply held, and largely cultural-invariant, moral intuitions. Even infants have a rudimentary moral knowledge, distinguishing, and preferring, images of “helping” behaviors from those of “hurting” behaviors. We not only hold children responsible, they are generally responsible.

Punishment is quite something else. Humans have an unbroken tradition of gauging the punishment not just to fit the crime but also to fit the criminal. We hold almost everyone responsible for their crimes regardless of their individual situations, but then take those individual situations into consideration when we impose punishment. A 10-year-old shoplifter and a 19-year-old armed robber are both responsible, even though we punish them very differently. We’d have no right to punish them at all, whether as parents or a justice system, unless we first held them responsible.

Notorious trials make riveting theater, but they can also be good reminders of the challenges we face as intensely social species with big strategic brains, bumping into each other as we live our lives and try to follow the rules. Universal and enduring principles of criminal responsibility, including the commands that motive is not excuse and responsibility is not punishment, have helped us, and should continue to help us, navigate these challenges.

This essay was written by Morris B. Hoffman for The Marshall Project, a nonprofit news organization that covers the U.S. criminal justice system. Sign up for theirnewsletter or follow them on Facebook or Twitter. Morris Hoffman is a state trial judge in Denver, a member of the John D. and Catherine T. MacArthur Foundation’s Research Network on Law and Neuroscience, and the author of The Punisher’s Brain: The Evolution of Judge and Jury (Cambridge).

2. Roper v. Simmons, 543 U.S. 551 (2005), was a landmark decision in which the Supreme Court of the United States held that it is unconstitutional to impose capital punishment for crimes committed while under the age of 18 — Wikipedia: https://en.wikipedia.org/wiki/Roper_v._Simmons