After more than half a century as one of the few pillars of stability in the Middle East, Saudi Arabia is rapidly morphing into a dangerous and unpredictable rogue elephant. 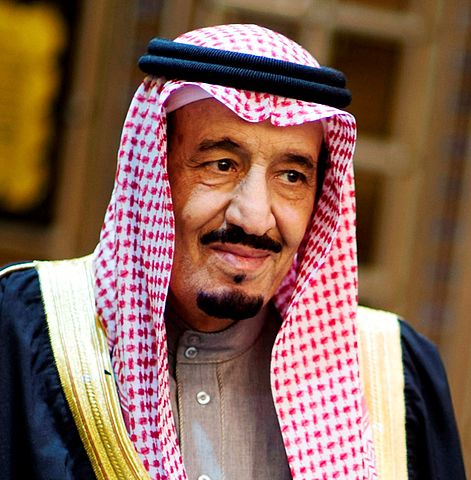 The transformation has accelerated since, six months ago this week, King Salman took the throne on the death of his elder brother. One of King Salman’s first acts was to mark his young, untried, short-tempered and ambitious son Mohammed, already the country’s Defence Minister, as a future monarch.

If he survives the tests of leadership, Mohammed, 30, will be the first king from the third generation of the male progeny of Ibn Saud, who founded the regime in the 1930s. The Saudi royal succession goes from brother to brother until there are none left. Ibn Saud had at least 45 sons, so most have been in their 70s or 80s when they came to the throne. It has taken until now to exhaust the stock.

While this system of gerontocracy has been inherently stable, it has also been stultifying. This is finally changing with the emergence of the third generation.

At the core of Saudi Arabia’s passage from petro-billionaire lotus eater to rampaging ground-shaker is an increasingly bloody contest with Iran for power and influence in the Middle East. Saudi Arabia is the custodian of the holiest Muslim sites in Mecca and Medina, and is the heartland of the Sunni branch of Islam. Iran champions the Shi’ite faction of Islam, whose adherents make up about 12 per cent of Muslims in the Middle East and North Africa.

Proxies for the two are already fighting in Iraq, Syria, Libya and Yemen, and the changing attitude and role of the United States in the Middle East is intensifying the rivalry. Fracking has ended the U.S. reliance on imported oil from Saudi Arabia. Canada is now America’s largest sources of imported petroleum products. The U.S. is also leading international efforts to make a deal with Tehran over its nuclear development program. There are still obstacles to overcome, but a deal is likely. But while an agreement will aim to impose international regulation of Iran’s program, it cannot avoid leaving Tehran with the ability to make a nuclear weapon should it decide to do so.

No wonder then, that in recent months Saudi Arabia has been making louder and louder noises about acquiring its own nuclear deterrent. To a degree, Riyadh has already prepared this ground. In the 1980s it was the main financier of the father of Pakistan’s nuclear weapons, A. Q. Khan. The deal was meant to be that in return for the money Islamabad would sell Saudi Arabia nuclear weapons when Riyadh asked. But that failed to take into account that Pakistan is now intent on keeping good relations with its neighbour. A huge project to deliver Iranian natural gas to Pakistan is nearing completion and both countries have a common interest in what happens in Afghanistan.

When, in March, Riyadh asked Islamabad to send military contingents to join the fight against Shi’ite Huthy rebels who have taken control of most of Yemen, Pakistan refused. Islamabad did, however, add that if Saudi Arabia itself was ever invaded or threatened, Pakistan would send military aid. 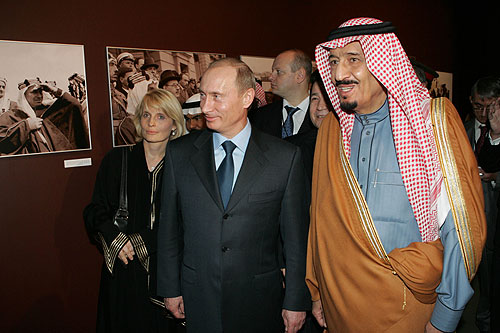 Saudi Arabia was not impressed, and with Pakistan looking unreliable on the nuclear bomb deal, Riyadh is turning to Russia. Defence Minister, Crown Prince Mohammed was in Moscow last week in an attempt to strengthen Riyadh’s regional strategic position in the likely event of an international nuclear deal with Iran. But as well as seeking support from Russia on such things as votes on the United Nations Security Council, where Moscow has a veto, Prince Mohammed sought Moscow’s assistance in operating 16 nuclear reactors Riyadh plans to build.

There can be little doubt that as part of the deal Saudi Arabia expects at the very least to acquire the ability to make nuclear weapons.

Prince Mohammed’s pilgrimage to Moscow also reflects that an international deal with Iran will almost inevitably end the nearly 40 years of diplomatic isolation between Washington and Tehran. Saudi Arabia is apoplectic at the prospect, however remote, of Tehran becoming Washington’s new best friend in the Middle East. Riyadh is already horrified at the U.S. military – with Canadian forces in tow – operating in co-operation with units of Iran’s Islamic Revolutionary Guards and Tehran’s Lebanese surrogates, Hezbollah, against the jihadists of the Islamic State group (ISG) in Syria and Iraq. Riyadh denies giving material support to the ISG, though there is no doubt many individual Saudis do.

The ISG’s religious philosophy – as well as that of al-Qaida and other radical groups like the Muslim Brotherhood — stems from a 270-year-old deal between the House of Saud and a fanatical Islamic preacher, Mohammed bin abd al-Wahhab. To this day, jihadi Wahhabist disciples remain the main influence on Saudi religion. At the heart of Wahhabism is the belief they are the only true Muslims and that there is a religious obligation to kill all those who do not follow the same path. This obligation is aimed just as much at apostates such as Shi’ites as it is non-Muslims.

As we know all too well, the ISG takes very seriously its Wahhabist obligations to slaughter people it considers non-believers and to do it in as vile a manner as possible. This appears to be to encourage people to convert to Wahhabism or else face death by drowning in a cage, being burned to death or having their throats slit. It’s a simple agenda. Conversions or murder will hasten the ISG’s achievement of that great and glorious time when the whole world will be governed under an Islamic caliphate.

For decades the Saudi kings tried to keep peace at home by exporting the advocates of their bloody, contaminated form of Islam. Riyadh has happily financed the building of mosques and madrassa religious schools throughout the Islamic world and staffing them with rabid religious fanatics who are far too nasty to keep at home. Visiting extremist preachers either from Saudi Arabia or financed by Saudi interests have spread their poison in Muslim communities across Europe, North America, North Africa, Central Asia and the Caucasus, and everywhere else where there is a chance of embedding violence and intolerance. 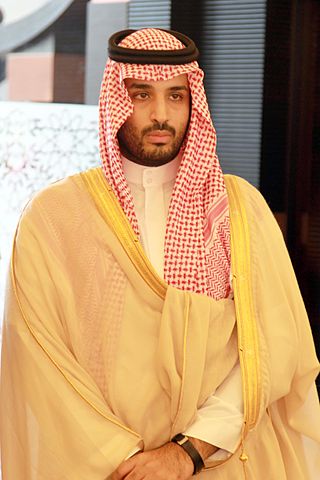 The Americans, foolishly, got involved in this dangerous nonsense in the 1980s when they went into partnership with Riyadh to finance and supply the Afghan mujahideen fighting the Soviet invaders of Afghanistan. As Washington has discovered to its cost – indeed, to the cost of all of us – that deal included the creation of Osama bin-Laden and al-Qaida. The small print also covered the exporting of Wabbahism to Saudi-financed religious schools in the Afghan refugee camps in Pakistan. Thus was born the Taliban. The name means “students.” And these schools attracted thousands of students from Muslim communities across Southeast Asia, including Malaysia, Indonesia and the Philippines. We have seen radical Islamic terrorism spread across that region as a result.

Saudi Arabia has one of the world’s largest military budgets. At $80 billion last year, it was fourth after the U.S., China, and Russia. Riyadh uses its purchase of top-of-the-line military equipment, mostly from Europe and the U.S., but including a $15 billion deal for Canadian armoured cars, as a key element in its efforts to keep strong ties with western governments. The arms relationship has been very effective in dousing western criticism of Saudi Arabia’s appalling human rights record and its almost total refusal to embark on political or social reform.

But even though Saudi Arabia has, on paper, one of the most potent military forces anywhere, Riyadh has always been reluctant to use the toys, except against its own people when they get fractious. That is changing, however, as the rivalry with Iran becomes more and more pointed. As Saudi Arabia has finally opted to overtly use its stock of first-class weaponry, it is hard to predict where this new approach will lead or end.

And it is the impulsive Prince Mohammed who is orchestrating and conducting Saudi Arabia’s ill-conceived, ill-fated but brutal aerial bombing campaign in neighbouring Yemen. The target is the Shi’ite Huthi rebels, who with the remnants of the national army still loyal to former President Ali Abdallah Saleh have captured most of the country.

The United Nations says the Saudi intervention and the civil war in Yemen have put 80 per cent of the population -–21 million people – in need of humanitarian aid. There were doomed talks in Geneva this week aimed at producing a humanitarian ceasefire. Riyadh has no interest in a ceasefire, which it believes the Huthis will use to replenish their arsenals.

The situation in Yemen is only likely to get worse. The Saudis, along with allies from the Gulf Co-operation Council (except Oman), Egypt, Sudan , Morocco and Jordan, so far show no signs of backing up their air campaign with ground troops. Air power alone has never won a war. Boots on the ground are the only way the Huthis are going to be conclusively defeated. If the military stalemate continues, Prince Mohammed may well feel compelled to launch a ground invasion. After all, his qualifications as Saudi heir-apparent and, indeed, the legitimacy of his branch of the House of Saud cornering the throne for generations to come, rest at the moment on the outcome of the Yemen war.