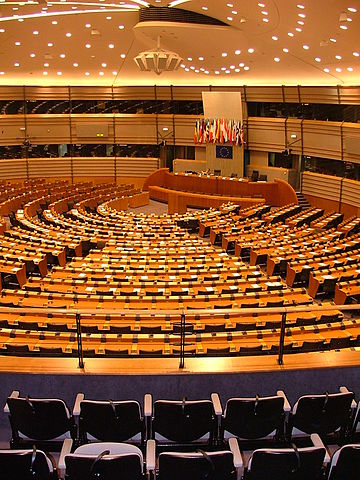 Not today. The Eurosceptic, hard rightwing National Front, led by Marine Le Pen, won over 25 per cent of the vote overall and about 30 per cent in France’s main industrial regions. The total vote for Eurosceptic parties in France was a little over 35 per cent.

President Hollande’s social coalition clung on to just over 30 per cent of the vote, and his personal popularity is in recession. So even he felt the necessity to comment that in the face of the anti-EU movement, the organization should “concentrate more on its priorities, show more efficiency where it is needed and not to add things where it is unnecessary.”

But it is for British Prime Minister David Cameron that the results of the election to the 751-seat parliament have delivered both a massive challenge and an opportunity.

The challenge is that the wave of anti-EU sentiment that has been gathering in his Conservative Party, and propelling defections to the rightwing United Kingdom Independence Party (UKIP), has finally broken. 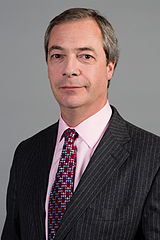 UKIP, led by Nigel Farage, finished first among all British parties in the EU elections with 27.5 per cent of the vote. Labour, the opposition party at Westminster, came second with 25.5 per cent and Cameron’s Tories were third with 24 per cent.

A quick look at those numbers suggests that come the election due next year Labour, led by Ed Miliband, could reap the benefit of the divide among conservative voters and sneak through to win power by default.

A closer look, however, suggests that the UKIP threat to the Tories is not as strong as it might seem. The turnout for the EU election in Britain was only 34.2 per cent. This means UKIP won less than 10 per cent of support of eligible voters. UKIP’s supporters are highly motivated and vote at every opportunity. The wider British voting public is Ho Hum about European ballots, but comes out in much larger numbers for general elections. UKIP won 3 per cent of the vote in the last Westminster election in 2010, and even if it doubles that next time around, it is still going to be insignificant.

Even so, the European results will force Cameron to respond. He is currently in an increasingly uneasy coalition with the Liberal Democrat Party, which is likely to rush to the left after getting trounced in the election even by the Greens. If Cameron has any hopes of forming a majority government, they rest on clarifying his policy towards Britain’s future relationship with the EU.

As he arrived at the Brussels dinner on Tuesday evening, Cameron accurately reflected the caustic attitude of many Britons when he said the EU bureaucracy has become “too big, too bossy and too interfering.”

Cameron’s response to these feelings, on which UKIP has fed and prospered, has been to say he will renegotiate Britain’s relationship to the EU, with the implication this will involve Westminister trying to grab back powers that have been handed over to the Brussels’ suits. He has also pledged to hold a clear “in or out” referendum on continued EU membership in 2017 after the next election and after these negotiations are complete.

The surge in support for UKIP, even though it is more apparent than real, will put pressure on Cameron to be more assertive in his negotiations with the EU and to be explicit with the British public about what powers he wants to repatriate to Westminster. He may also have to move forward the date of the planned referendum.

Until now, Cameron has been waging a lonely campaign to negotiate loosened EU control over British domestic policies. This latest EU parliamentary election has shifted that ground.

There are now several EU member states where local rightwing, Eurosceptic parties made gains that will be more sympathetic than they have been to Cameron’s position.

In Austria, Denmark and Greece, far right parties made substantial gains and delivered serious shocks to the governing parties. And Dutch Prime Minister Mark Rutte was already persuaded that there should be “fewer rules and less fuss from Europe and for Europe to focus on where it can add value.”

That said, Cameron still faces the reality that the two Big Beasts of the EU, France and Germany, are dead set against any fundamental re-negotiation of the terms of membership. They want no departure from the goal of turning Europe and its over 500 million people into a centrally-governed federation matching the United States, China, and India on the world stage.

France’s President Hollande may have been made queasy by the parliamentary election results, but he remains opposed to treaty changes. Statements from his Elysee Palace say his administration believes EU reform should involve “reorganizing working methods and approach.”

When all is said and done, the person who really counts is the German Chancellor, Angela Merkel. It is still the vibrant German economy that has sustained the EU through the post-2008 recession, and the Berlin treasury that is the main support of the common currency, the euro.

Merkel believes that the surge of support for rightwing parties stems from economic insecurity, and not a fundamental objection to the number and type of national powers that have been handed over to Brussels.

An economic revival, Merkel believes, will see support for the hard right disappear in a flash. But she too appears to understand that after this election the philosophical divisions within the EU are more substantial than ever.

How, if at all, she intends to respond will probably be seen in the election of the President of the EU Commission – the group’s top political figure. The favourite at the moment is the former Prime Minister of Luxembourg Jean-Claude Junker, who is supported by Merkel and her allies.

But Junker is the classic EU insider for whom there is no alternative but further and faster European political integration. If Merkel, as some of her comments have suggested, now sees EU harmony as paramount and Junker as a divisive figure, then the political ground within the group will have shifted significantly.