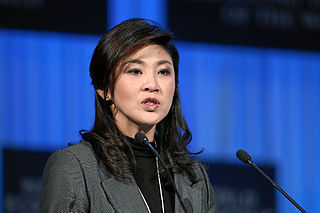 So far there have been no clashes with the government supporters of the United Front for democracy Against Dictatorship, known as Red Shirts. But emotions are high and on a hair-trigger.

If Thailand sees the kind of bloody street clashes which have marked political conflict since the military coup in September, 2006, when the army removed Yingluck’s elder brother, self-exiled former Prime Minister Thaksin Shinawatra, the army may have no option but to intervene again.

After Thursday’s court removal of Yingluck, followed by a ruling by another court on Friday that she face impeachment charges, her Pheu Thai Party (PTP) appointed the Commerce Minister, Niwattumrong Boonsongpaisan, as caretaker Prime Minister. New elections are scheduled for July 20. But the Election Commission is expressing doubt whether a new election can or should be held that soon, leaving it uncertain when and under what conditions a legitimate government can again be put in place. 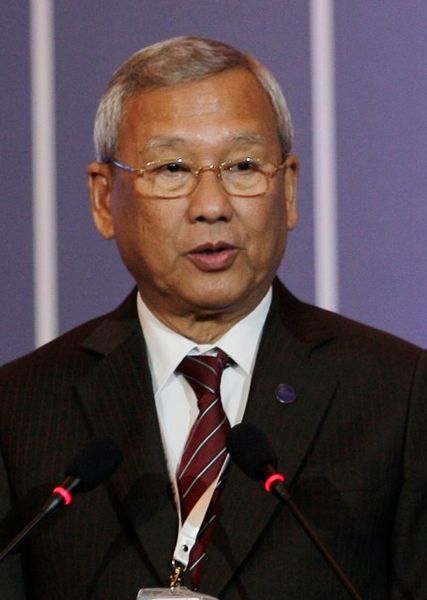 Even if Niwattumrong does manage to hold on to office, the Prime Minister’s powers have been severely limited since December. That’s when Yingluck called the opposition’s bluff and called an election with the aim of reasserting her mandate. This she did with a solid win in the February poll, but the Election Commission annulled the result on the grounds that because the Yellow Shirts managed to prevent voting at scores of polling stations, the election was invalid.

Meanwhile the Senate, dominated by anti-PTP members, is gearing up to impeach Yingluck on charges she failed to properly oversee the country’s scandal-ridden rice subsidy program. The senators have also listened to calls from opposition activists that, as the only functioning element of parliament, they should appoint an interim prime minister.

The senators appear to be approaching the situation cautiously, aware that any misstep could have cataclysmic results. It is already certain that the Red Shirts and Yingluck’s PTP will not accept a caretaker Prime Minister appointed by the Senate.

Even more serious, however, would be if the Senate goes along with the demands from the Yellow Shirts’ militant leader, former deputy Prime Minister Suthep Thaugsuban, and facilitates the redesign of Thailand’s election legislation. What changes Suthep and the Yellow Shirts want is unclear, but they seem to include the complete removal of the Shinawatra family and their close associates from politics, and a revamping of the franchise to give the rural poor less voice in the election of governments.

At the heart of the current crisis, which started with Yellow Shirt demonstrations against the Thaksin Shinawatra government in early 2006, is a clash between urban elites, many with strong royalist sympathies, and the rural poor, mostly in northern Thailand. Thaksin, a billionaire businessman, built a strong and loyal following by pursuing policies that benefited peasant farmers. Thaksin-allied parties have won the last five elections while the main opposition Democratic Party was the government from 2008 to 2011 only because of the intervention of the Constitutional Court.

The Yellow Shirts, and their leader Suthep, accuse Thaksin and his family of crony capitalism and of using the patronage of the family fortune to gain the loyalty of rural voters. Not far behind these charges is also the allegation that Thaksin is a closet republican, bent on undermining the authority of Thailand’s King Bhumibol Adulyadej.

King Bhumibol has been on the throne since 1946, and has on occasion intervened at moment of crisis on Thailand’s tempestuous journey towards a stable democracy. But the king is now 86 and has been seriously ill since 2009. A significant element in the ongoing saga in Thailand is uncertainty about what will happen when the king dies. His heir, Crown Prince Vajiralongkorn, is widely seen as a vindictive man with thuggish instincts who will not play the role of constitutional monarch with the same delicate touch as his father.

The 2006 military coup was launched with the approval of senior palace officials, though not the king himself, with the aim of halting Thaksin’s growing dominance of the political process before the succession.

The military had serious second thoughts about its coup, and remains reluctant to intervene again. A few days ago Army Chief Prayuth Chan-Ocha said: “A military coup will not end the conflict. A coup will attract a lot of criticism. The conflict must be resolved through a legal framework.”

There are some practical reasons why Gen. Prayuth doesn’t want to stage a coup. The United States administration is required by law to suspend financial and security relations with countries where the military ousts a democratic government.

There is little doubt, however, if King Bhumibol decides the situation has become too unstable and military intervention is necessary, that Gen. Prayuth would obey orders. 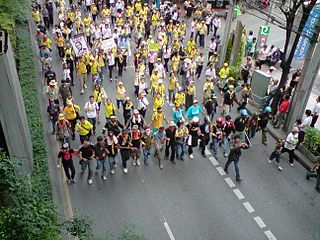 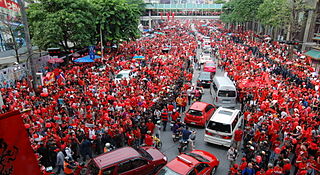