One man’s thrust for survival in Mugabe’s Zimbabwe 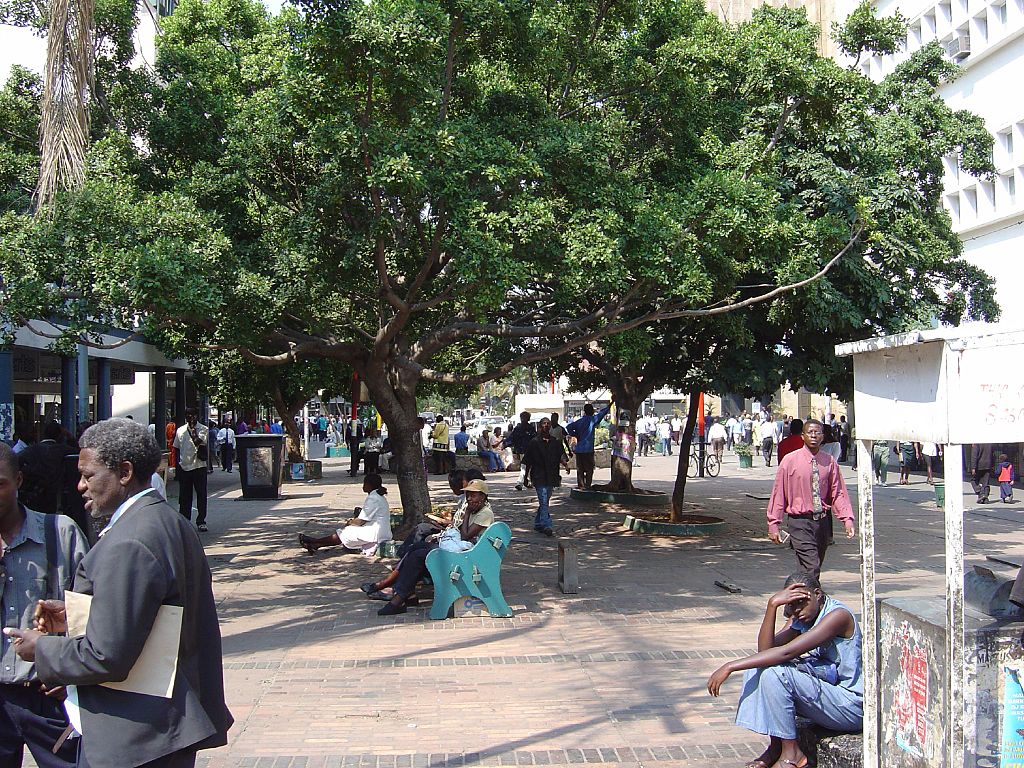 In last week’s column I wrote about the Borgia world of Zimbabwe’s First Lady, Grace Mugabe. That column should be read in tandem with this offering, which is about the skill, imagination, talent, determination and sheer hard work that ordinary Africans have to employ to survive and succeed.

It was mid-December, the height of yet another summer of drought in Zimbabwe, and I was making the early morning coffee when there was a loud cracking and wrenching noise from the garden.

It was a noise I’d never heard before, so loud and tortured it was clear something momentous had happened outside. I walked through the house to the French doors and out on to the tiled patio, the terra cotta red of the African earth. It was an extraordinary sight. The trunk of massive, old Albizia tree down by what passed for a swimming pool had split in half down its whole length. The Albizia is known as the “flat crown tree” because its branches spread wide and grow up to an almost equal height, making it one of the most popular shade trees in Africa, for humans and wildlife alike. For this one, however, the weight of its spreading branches had suddenly become too much for the trunk to bear and it had wrenched itself apart.

Nefius, our gardener who lived in a three-room shamva at the top of the garden, and Phillip, our overnight security guard, who was just about to set off on his two-hour bicycle ride home, were already examining the wreckage and laughing loudly. And indeed, there was a comic, burlesque quality to the dramatic way the tree had suddenly decided to give up the ghost. But it was also very inconvenient. My family and I were due to fly out of Zimbabwe that night on our annual three-week leave. The wood from the tree would be an excellent stock of fuel for the fireplace in the house — very necessary in the chilly winters at Harare’s high altitude – for Nefius to use for cooking and for our brais – the southern African word for barbecues. But this was clearly too big a job for Nefius alone with just our bow saw and axe for tools. Phillip volunteered to help Nefius cut up and stack our windfall if he could have some of the wood.

And so it was. When Petrina, I and the boys got back from our holiday there was a good cord of cut and split logs. Phillip said he was trying to arrange for a truck to take his share to his village a couple of hours drive from Harare, where he had an eight-acre farm and where his wife and daughter lived. I had grown to like and respect Phillip, not only for the diligence with which he protected my family, especially when I was away elsewhere in Africa, which was most of the time, but also because of his sterling character and values. Those became apparent a few months before the tree incident when one morning before he left for home he’d asked to talk to me. His daughter, he explained was 16 years old and about to take critical school exams. Zimbabwe still used much of the school system inherited from its British colonial history as Southern Rhodesia. Among these holdovers was that children aiming for higher education or other qualifications had to take exams set by Cambridge University in Britain. But there were fees for taking these exams and having them marked. Those fees had to be paid for in the equivalent of British pounds, which worked out to be a lot of money for someone like Phillip.

Phillip said his daughter wanted to be a nurse, that he really wanted her to have that opportunity, but didn’t have enough cash to pay the exam fees. Would I lend him the money? He’d pay it back in monthly instalments, he said, when he got his wages from the security company that employed him. I agreed at once. Although Africa tends to be a patriarchal society, it is not unusual to find fathers willing to invest in the education of their daughters. But it is still worth encouraging.

In truth, I didn’t expect Phillip to pay the money back and would not have worried if he had not. But he was meticulous in keeping his word, and Petrina and I could see it was a matter of great importance to him that he did so. His daughter passed all the exams.

So when Phillip said he would arrange for a truck to come to collect his share of the wood I knew he would do his best. But after a few weeks no truck had arrived, and I asked him what the problem was. He said he’d been unable to find someone with a truck to take the wood to his village at a reasonable price. But he had a one-acre plot on the outskirts of Harare, where he lived during the week, and he’d try to find someone who would take the wood there. That also didn’t work and early one Saturday morning, as Phillip was finishing his overnight shift, I said I’d help him. We loaded the office stationwagon, strapped Phillip’s bike to the roof and set off.

Africa in the early morning is always full of promise. The air in the continent’s high hinterland is cool and fresh, the light is clear and bright. It is the only time of day when the subtle details of the land and its peoples are sharp on the eye. The mid-day sun washes out the detail in the sharp divides of glare and gloom. As we drove through the suburbs hundreds of people were either cycling to work or standing in lines for the dilapidated, snorting buses. Meanwhile women were outside their houses quietly and carefully sweeping the packed earth forecourts, one of the first rituals of the day in much of Africa. After a while we turned off into a dirt side-road, lined by duka small stores selling all life’s daily essentials, introduced to Africa by South Asian immigrants. And every so often there’d be a shabeen, illegal bar serving creamy, thick chibuku sorghum beer and perhaps bottled larger for the well-healed.

As we drove we chatted and every so often I slipped in a question about Phillip’s background. He was, I judged, in his early 40s then, and by his bearing and self-assurance I guessed he had either been in the police or the army during the last years of Ian Smith’s white regime before majority rule and independence in 1980. But Phillip volunteered little and one quickly learned in Zimbabwe that it was discourteous, to say the least, to press people too pointedly about what they had done in the civil war.

Phillip’s plot was down an even narrower and more bumpy track. As we arrived, I could see immediately what an enterprising man he was. On this one acre leased from the municipality Phillip was growing food right up to the fence-line in every direction. There was, of course, maize for grinding into mealie meal to make sadza, the food staple in Zimbabwe and known elsewhere as polenta. There were also papaya trees and banana plants, lemon and lime trees, red chilli pepper bushes and much else besides. But Phillip had gone one better. He had built a line of half a dozen shamvas and a shower and toilet block. These rooms he rented out to workers who came into Harare during the week, but then headed home to their villages at the weekends or when they could afford the bus fares.

Taking a load of wood out to Phillip’s small holding became a Saturday morning ritual for a while. On one of those early runs he introduced me to his wife, a cheerful woman with a beaming smile who was visiting Harare from the village. She pressed on me a jar of her home-made peanut butter, which our sons pronounced the best they had ever had. Phillip also introduced me to an evidently pregnant young women in her early 20s, who he said was his second wife and who helped him manage and cultivate the smallholding while his senior wife did the same back at the village. She was shy and demure – not many white people visited that part of town – but she smiled warmly.

A few weeks later Phillip announced that his young wife had had the baby and it was a boy. He invited Petrina and me to come out to the smallholding to see the child. When we arrived and walked in the gate, Phillip came out of his shamva, smiling broadly and closely followed by his elder wife, in town again from the village. And it was she who held the baby boy and showed him to us, also with a happy smile on her face. Just behind and to one side stood the young wife, the boy’s mother, also smiling, but with a hint of pride and contentment in her expression.

That little tableau of the family and their enterprise will always stay with me.