It was easy for prime minister designate Justin Trudeau to tell the world that Canada “is back” as an eager and reliable partner, but it will take a large and consistent investment in time, effort and money to make that come true.

During his nine years in power Prime Minister Stephen Harper and his gang — defeated in the Oct. 19 election — undoubtedly shovelled in the dirt and danced on the grave of Canada’s international standing and involvement. However, the procession to the gallows was choreographed as much by the Liberals as the Conservatives.

Canada’s recent decline into insignificance on the international stage began with the election of Jean Chretien’s Liberal government in 1993. The Harper regime has merely continued and accelerated an already well-established trend.

But, as always, chaos presents opportunity. 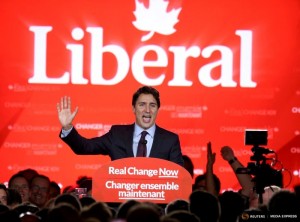 In many ways, Trudeau and the new Liberal government are fortunate coming to office at this time when the whole associated field of Canada’s foreign, defence, trade and development aid policy is a wasteland. It will make it easier for the government to push aside the inevitable calls for Canada to rediscover the era of its blue-helmeted military forever at the beck and call of the United Nations, re-establish Canadian diplomats as the world’s favourite marriage guidance counsellors, and restore Canadian aid agencies as the pre-eminent missionaries to the grass huts.

Canada has been able to indulge in middle power kitten-cuddling because it has been a freeloader protected by what can be called the North Atlantic Ascendancy. Canada and Canadian foreign policy have benefited, at least since the Second World War and arguable the country’s entire life, from being a younger brother in a club of the major European and North American powers. But that era is coming to an end. The culture of the Enlightenment, which has flowed out of Europe and the United States for two centuries, is and will be increasingly challenged by the cultures of Asia, Africa, Latin America and, perhaps in the future, the Middle East.

China, India, South Africa, Brazil and others don’t and won’t run international institutions with the same cultural morality that has dominated under U.S. and European leadership. We are already getting a glimpse of the future with China’s Asia Infrastructure Bank, whose rules and regulations don’t follow the same ideals of probity common to the World Bank and the International Monetary Fund.

Canada can no longer count on the unstinting support of Europe and the U.S. or that that support, when offered, will be definitive. That’s especially true in defence, except during the two world wars, where since the founding of Canada nearly 150 years ago we have expected first Britain and then the U.S. to defend our sovereignty and nationhood while we indulged our interests elsewhere. 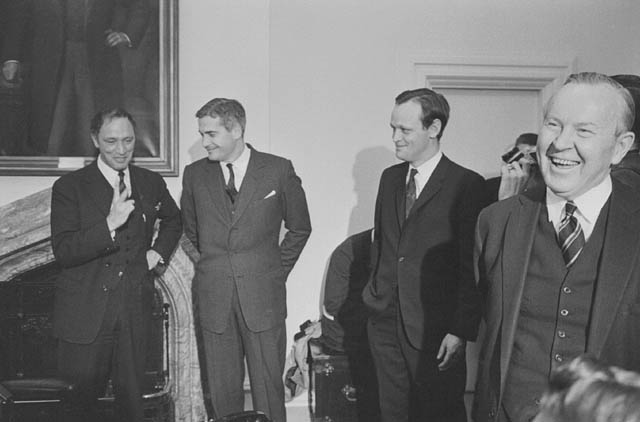 Historian Jack Granatstein has written several withering analyses of the destruction of the Canadian military by successive governments of both major parties, starting with Prime Minister Lester Pearson’s pursuit of “the unwarranted primacy of peacekeeping.”

Granatstein argues that both Liberal and Conservative governments have taken advantage of Canada’s position in the heart of the North Atlantic alliance to avoid any serious consideration of the country’s national interests and how to sustain them.

Justin Trudeau and the Liberals are coming to power at a time when the dwindling prominence of Canada’s traditional allies and protectors means that debate of these issues of national interest and purpose cannot long be avoided without dire consequences.

A report published this week is a useful reminder of just how much standing Canada has lost in the last 25 years as a player on the international stage.

The report by Robert Greenhill and Megan McQuillan, published by the Canadian International Council, looks at the history of the two most easily assessed aspects of foreign policy commitment – spending on defence and development aid – and finds a deplorable record. When compared with our own historic record in these two areas, with the commitments of our partners in the G7 group of industralized countries and with the efforts of similar middle power nations, Canada is an appalling laggard. Indeed, the report labels Canada a “free rider:” a leech on its friends and allies without making any significant contribution to the joint endeavours.

Bracketing defence and development aid spending together as a measure of Canada’s “global engagement,” the analysis found that our spending on those two areas is barely 1.2 per cent of gross domestic product, less than half the 2.4 per cent of GDP in 1990.

What heightens the impact of this unsavoury picture is that we have also been lying to ourselves and to the international community about our commitment. “For the last quarter century,” says the report, “we talked in one direction and walked in the other. We talked global engagement while walking away from the already modest commitments we had made in the past.”

The report’s authors compared the history of Canada’s development aid spending with similar middle powers Australia, the Netherlands, Norway, Sweden and Switzerland. Historically, our development aid spending has ranked in the middle of that group. But since the early years of the Chretien government in 1995 our performance has declined and since 2011 we have been dead last among this peer group.

It’s the same story in defence spending. Among the peer group only Switzerland has a lower defence budget as a proportion of GDP. And landlocked Switzerland has no navy – Canada has the world’s longest coastline – and its army is composed primarily of militia units.

The picture is equally grim when Canada’s global engagement is compared with partners in the G7 group of industrialized nations; the U.S., France, Germany, the United Kingdom, Italy and Japan.

Our defence spending has always been below the G7 average and for the last 20 years we have been second last to Japan, which has constitutional restrictions on its military. But since Harper came to office Canada has been on a rush to the bottom and last year we overtook Japan to grab last place in G7 defence spending as a proportion of GDP.

On development aid, for decades Canada scored well above the G7 average and we ranked number one or two among the seven nations for all but two of the 20 years prior to 1995. Since then, however, the commitment of successive Liberal and Conservative governments has slipped and we are now well below the G7 average.

Report authors Greenhill and McQuillan calculate that for Canada to meet the average spending among the G7 countries, peer middle powers and its own historic record, budgets for defence and development aid need to be boosted by about $14 billion, 50 per cent more than current spending. And for Canada to be able to justifiably call itself a leader in global engagement, development aid and defence budgets need to be doubled with an additional $30 billion year.

It is unlikely that this spending will be a priority for the new Trudeau government. But a re-evaluation of Canada’s national interests and how the country will operate in the emerging world of multiple centres of economic, diplomatic and military power should be high on the agenda.