One of the first things British Columbia Finance Minister Michael de Jong’s cabinet colleagues need to know after his quick flip to Malaysia this week is how closely the fate of the Canadian province’s $40 billion natural gas pipeline deal is tied to the survival of Prime Minister Najib Razak. 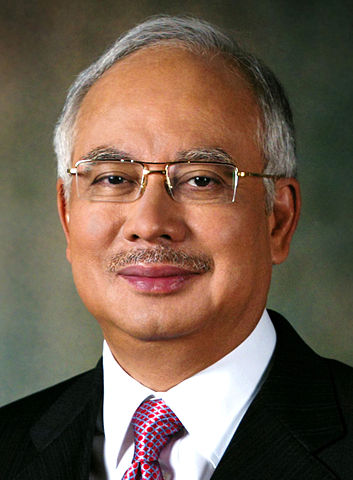 It’s a question with two unsavoury answers as Najib tries to fight off moves from within the ruling United Malays National Organization (UMNO) to jettison the leader who has become a threat to the party’s hold on power.

If Najib is removed his successor may see all the projects associated with him as being tainted. That would include the $40 billion scheme led by the Malaysian state-owned company Petronas to build a pipeline across northern British Columbia to a natural gas liquefying plant on the coast at Lelu Island near Prince Rupert. The project may have some protection, however, because major Chinese, Japanese and Indian oil and gas companies have significant minority interests in the Pacific NorthWest LNG company.

And the second unsavoury prospect is if Najib survives. The reason so many of his colleagues in UMNO want him out is that the stench of corruption – and worse – hangs heavy around Najib, and has done since before he became Prime Minister in 2009.

Does B.C. Premier Christie Clark relish the prospect of the northern pipeline project, in which she has invested so much political capital and of which she has such grandiose expectations, resting in the hands of a man, Najib, around whom swirls the smell of bribery, corruption and even murder? Probably not.

Much of the uncertainty bubbling around political stability in Malaysia’s immediate future flows from Najib’s insistence on keeping the country’s economic pillars under his own control. As well as being Prime Minister, Najib is his own Finance Minister. This gives him a very direct interest in Petronas, which provides between 40 and 45 per cent of all government revenue. Thus the northern B.C. pipeline is far more than a simple commercial enterprise for Najib government, and that will doubtless continue whatever the fate of the current Prime Minister.

It is, however, Najib’s hold on one of the other levers of economic power in Malaysia that has caused the rebellion against him in UMNO, which has led every government as head of a Barisan Nasional coalition since the country’s independence from Britain in 1957.

Malaysia has a sovereign wealth fund called 1 Malaysia Development Berhad or 1MDB for short. Najib chairs 1MDB’s board of trustees and advisors and, in effect, controls what the fund does with its money. Indeed, Najib was instrumental in the creation of 1MDB in 2008 when he was Deputy Prime Minister. The idea was that 1MDB would help facilitate investment in Malaysia from the Middle East. But the fund quickly took on $11 billion in debt as it bought real estate and energy resource assets. It has produced no operating profits since 2009 and has difficulty in servicing this debt. Auditors have been hired and fired, with the implication they were shown the door when they didn’t like what they found in the books. 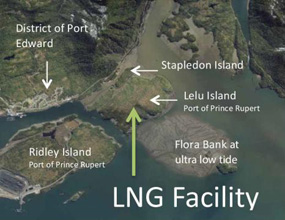 Well, in March 2013 the 1MDB transferred almost $700 million – that’s right, $700 million – into Najib’s personal bank account. This was reported early in July by The Wall Street Journal newspaper and a Britain-based blog site, The Sarawak Report. On July 21, a Malaysia-based business newspaper, The Edge Financial Daily, reported that it had gained possession of over 400,000 emails concerning 1MDB’s dealings with a Middle East oil exploration company, PetroSaudi International. The paper trail indicates that about $2 billion of 1MDB money has been stolen by fund officers and others.

I should say here that I know the owner of The Edge, Tong Kooi Ong, and his publisher, Ho Kay Tat. They have taken a big risk by publishing this material in a country like Malaysia, where politics often drives the police and judicial system. The two tried to cover themselves by immediately giving copies of the material they had obtained to the Malaysian Anti-Corruption Commission, the police and the country’s central bank, the Bank Negara Malaysia. These bodies are all part of the commission investigating 1MDB. But on July 22 Publisher Ho was interrogated by the police for two hours and the government ordered The Edge to stop publishing for three months. The order says the newspaper’s reporting is “prejudicial or likely to be prejudicial to public order, security or likely to alarm public opinion.”

Darned right. Among those alarmed by the 1MDB revelations is Najib’s brother, Nazir Tun Razak, who told a local newspaper “I condemn the suspension and my thoughts go out to all the affected staff.” Another outraged Malasyian is former Prime Minister Mahathir Mohamad, who is the very public leader of a campaign to force Najib to resign.

Also perturbed by the affair was Deputy Prime Minister Muhyiddin Yassin, who early this week told a crowd of UMNO supporters that The Wall Street Journal’s report is a serious matter that needs explaining.

Now, it looks as though some if not most of the $700 million Najib acquired from 1MDB was used to dole out to UMNO candidates in the 2013 general election. This was Najib’s first election as Prime Minister and the results were abysmal for UMNO and its Barisan Nasional coalition partners. The alliance won only 60 per cent of the seats, the first time it had failed to win a two-thirds majority – and the power to change the constitution – since independence nearly 70 years ago. Even worse than that, the coalition won only 44.4 per cent of the popular vote. The opposition Pakatan Rakyat won 50.1 per cent of the popular vote, and but for well-established gerrymandering of constituency boundaries in favour of UMNO, would have gained power.

If Najib had managed to reverse the political decline of UMNO and the Barisan Nasional he might be able to avoid too much attention on the financial scandals that surround him. But his political failure has only intensified the focus on the sticky fingers issue. Not least of these is a bribery scandal that is going on in Australia. Newspapers owned by Fairfax Media have published a series of stories claiming that Najib and his predecessor as Prime Minister, Abdullah Badawi, are being investigated by Australian authorities over allegations they negotiated kick-backs from two companies associated with Australia’s Reserve Bank. The allegation revolves around Malaysia’s decision to contract the Australian companies to provide polymer bank notes for Malaysia to replace the old paper versions. (The Australian companies are world leaders in producing polymer for bank notes, which is more durable and difficult to counterfeit than paper. Canada is among many countries that buy the Australian polymer for their bank notes.)

Najib has vigorously denied the Australian allegations and is threatening to sue.

Najib has been less litigious in the case of Shaariibuugiin Altantuyaa, Mongolian model and translater, who was murdered on October 18, 2006 by two of Najib’s bodyguards. Altantuyaa was the mistress of Najib’s policy adviser, Abdul Razak Baginda, when Najib was Malaysia’s Defence Minister from 2000 to 2008. She also acted as translator when Baginda negotiated with the French company, DCN, for the purchase of two Scorpene submarines for $2 billion. Essential to the deal, according to French investigators, was the payment of $200 million in bribes to companies owned by Baginda and his wife.

Things began to fall apart when Baginda tired of his affair with Altantuyaa. She is also alleged to have been Najib’s mistress before, but he passed her on to his chum for fear it would ruin his chances of becoming prime minister if the affair became public knowledge. Altantuyaa was distraught after being jilted by Baginda and took to demonstrating outside his house in Kuala Lumpur. She also, according to a letter found after her death, demanded $500,000 from Baginda for her silence over the $200 million bribes from DCN.

Her demonstrations ended when two of Najib’s bodyguards bundled her into a car, took her to the jungle outside Kuala Lumpur, shot her in the head and then used military explosives to destroy the body. It is rumoured that Altantuyaa was pregnant and the aim was to ensure there was no fetus left for DNA analysis.

A campaign by Altantuyaa’s family and a public outcry forced a police investigation. The two bodyguards and Baginda were charged with the model’s murder. Then, in a paroxysm of justice, the judge announced there was clearly no case for Baginda to answer. He fled to Britain where he has stayed since. The two bodyguards were convicted, but, strangely, no one during the course of the whole trial thought to ask them what is clearly the central question of the whole affair: who ordered them to kill Altantuyaa?

This week Najib moved to try to shore up his position and block the calls for his resignation. On Tuesday he shuffled his cabinet, removing his Deputy Prime Minister, Yassin, who the day before had publicly demanded an explanation for the $700 million transfer to Najib’s personal account. Another four ministers were also removed. Interestingly, some were replaced by members of the parliament’s Public Accounts Committee, which is investigating the 1MDB affair. Buy off? That’s a shameful thought.

Najib, whose wife Rosmah Mansor, according to Kuala Lumpur street chatter, is the driving force of the family, has probably bought himself a respite, but only that. He is blessed at the moment by disarray in the opposition coalition. But the 1MDB scandal is not going away and any new allegations will seal his fate.

No doubt one of the things de Jong will have been keen to discover in Malaysia are the chances of Petronas and the Pacific NorthWest LNG project providing the next twist in Najib’s downward spiral.

Facts and Opinions works on the honour system. We’re a boutique journal, of independent reporting and analysis in words and images, without borders. Non-partisan and employee-owned, F&O is funded by you, our readers. We do not carry advertising or “branded content,” or solicit partisan donations. To continue we need a minimum payment of .27 for one story, or a sustaining donation. Visit our Subscribe page for details, or donate below. With enough supporters  paying a small amount, we will continue, and increase our original works like this.