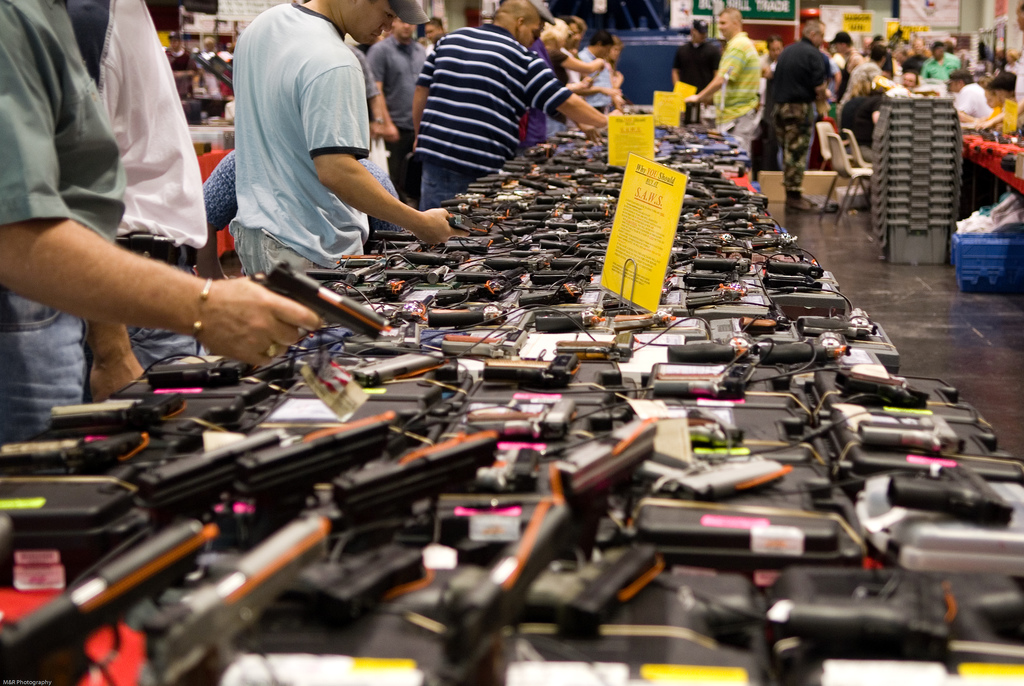 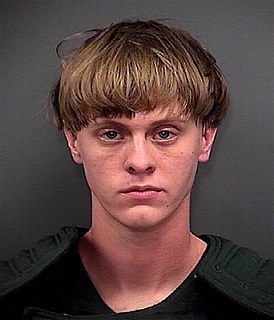 In the ranks of “barbaric cultural practices,” the United States’ addiction to firearms is among the most deadly.

As of October 9th, 10,193 people had been killed by gunfire in the U.S. this year. That means the U.S. is on track to match or surpass last year’s death toll when according to the Gun Violence Archive, 12,563 people were shot and killed in America.

Compare these numbers with terrorism, which is billed daily as the scourge of our age. In 2013, says the New York, Sydney and London-based Institute for Economics and Peace, just under 18,000 people died in terrorist attacks world-wide. That was up over 60 per cent on the previous year when 11,133 people were killed in terror attacks.

The results of gun violence in the U.S. are in the same order of magnitude as the fruits of terrorism in the entire world.

Among this year’s death toll in the U.S. were people killed in 267 of what the Gun Violence Archive calls “mass shootings.” There was another one on October 9 at Arizona University in Flagstaff when one person was killed and three wounded in a shooting outside a dormitory. After several of these incidents, an angry and frustrated President Barack Obama has gone on television to demand, with no evident confidence, that the U.S. get serious about gun control. He did the same things a week earlier, after a young gunman killed nine people and then himself at Umpqua Community College at Roseburg, Oregon.

There were stark indications of how deeply embedded the perversity of gun culture has become when, in the wake of the shootings, people close to those who died spoke out against the incident being used to justify gun control legislation. Many even objected to Obama visiting Roseburg to commiserate with the families of the victims, saying his only objective is to push forward a gun control agenda.

Nothing will happen to change this culture in the foreseeable future. And that’s not just because the massive war chest of the National Rifle Association will be used to buy off, as it always has, any legislator who looks as though he or she might try to impose regulations aimed at keeping guns out of the hands of unfit people.

Hollywood undoubtedly carries a far heavier burden of blame than the NRA. For a century Hollywood has bombarded its audiences with a constant barrage of brainwashing that says possessing guns and being willing to use them to kill people is an essential part of being an American.

Gun ownership has become a cultural imperative among the American people, not to defend the country, as was originally intended when the much-quoted Second Amendment was enacted in 1791, but to defend themselves against their government, their society, their enemies, their friends and even their families. Possession of a gun has become an intrinsic part of their identity for most Americans.

It has become a cancer raging through the national soul. How else can one explain that, according to the Small Arms Survey, on average out of every 100 Americans, 88.8 own a gun. That’s almost double the level of gun ownership in the next developed, industrialized country on the list, Switzerland, where on average 45.7 people out of every 100 own a gun.

Yet, according to statistics compiled by Australia’s University of Sydney, there are annually around 10 gun deaths for every 100,000 of population in the U.S. and only 2.91 in Switzerland. The epidemic of gun slaughter in the U.S. is not entirely down to the simple availability of firearms in, it seems, almost every home. The Swiss also have firearms readily available, but they do not massacre each other at nearly the same rate as the Americans.

Switzerland is an interesting comparison, because the reasons why there are guns over the fireplace or in the bedside table in the U.S. and Switzerland are very similar. At least, they started out that way.

From the start, America’s founding fathers had no interest in maintaining a standing army. They worked on the theory, inherited from Britain, that in times of threat a citizens’ army would be raised to defend the country. That concept was enshrined in the 1791 Second Amendment to the Constitution, which says: “A well regulated Militia, being necessary to the security of a free State, the right of the people to keep and bear Arms, shall not be infringed.”

From the start, the intent of the writers of the amendment has been a matter of argument, around which a massive library of legal opinion and adjudication has grown. For those interested in this as good a starting place as any is this Cornell University Law School paper. Suffice to say that over the last two centuries the Second Amendment has morphed from being a mandate for Americans to defend their country, into a mandate for paranoia and individual Americans to defend themselves against all comers.

Switzerland is an old country. Its confederacy of five cantons and three city states started with an alliance in 1291. During the Middle Ages its mercenary foot soldiers were some of the best in Europe; kings and princes vied to hire them. And, of course, today those mercenaries still provide the Pope’s bodyguard and the Vatican’s army.

Modern Switzerland is famous for its military neutrality, which was guaranteed in 1815 by the Congress of Vienna at the end of the Napoleonic Wars. But with neutrality came the responsibility for defence of the homeland, without the advantage of being able to call on the support of allies when threats loomed.

The answer was, and is, that every young male Swiss from age 18 to 34 is considered a soldier to be trained, armed and kept in constant readiness to defend the country.

Until 20 years ago Switzerland’s militia army was 600,000 strong, second only to Israel’s as a proportion of population. This has since dropped to about 200,000, but the vast majority of the country’s military are militia, with only a small faction professional soldiers and airmen.

While in the militia all Swiss men are required to keep their service rifle and pistol at home, under the theory is that if Switzerland is attacked they may have to fight their way to their unit’s gathering place. After a Swiss man leaves the militia, he is allowed to keep his gun as a personal possession.

Hunting and target shooting are hugely popular in Switzerland. The result is that there are between 1.2 million and three million guns in private houses in Switzerland, according to government surveys.

Today militia ammunition is kept in Swiss government arsenals but until 2007, every militiaman was issued with 50 rounds of ammunition in a sealed tin to keep in his home with his rifle, to help him use it to fight his way to his unit in the event of an invasion.

Switzerland has recently changed regulations governing firearms, partly due to one of the country’s few mass killings with guns. In September, 2001, Freidrich Leibacher, bearing some grudge against officials of his local Zug cantonment, strode into the legislature with his army rifle and other guns, fired 90 rounds, killing 14 people and wounding 18.

The drive for reform gained momentum in 2006 when champion skier Corrinne Rey-Bellett and her brother were shot and killed by her estranged husband, with his militia rifle.

Men leaving the militia can still acquire their guns, but now must apply for a permit and provide justification.

The different perspectives on firearms in Switzerland and the U.S. was neatly summed up by a Swissmilitiaman interviewed by the BBC two years ago: “The gun is not given to me to protect me or my family,” he said. “I have been given this gun by my country to serve my country – and for me it is an honour to take care of it. I think it is a good thing for the state to give this responsibility to people.”

Even so, while there is relatively little street crime in Switzerland and even less involving guns, the country’s experience still makes the case that a population with easy access to guns uses them to kill people more than one that doesn’t.

The end to issuing ammunition to militiamen to keep with their guns at home seems to have had tangible results. Twenty years ago Switzerland clocked up about 400 suicides a year, most of them involving government-issued guns and ammunition. Since the ammunition policy change in 2007, gun-related suicides have dropped to about 200 a year.

Facts and Opinions is a boutique journal, of reporting and analysis in words and images, without borders. Independent, non-partisan and employee-owned, F&O is funded by you, our readers. We do not carry advertising or “branded content,” or solicit donations from foundations or causes. Thank you for your patronage, and please tell others about us. Most of our pages are not behind a paywall. To help us continue, we suggest a minimum payment of .27 for one story, or for use of the entire site at least $1 for a day pass, and $20 for a year. With enough supporters  paying a small amount, we will continue, and increase our ability to offer original works.