My first brush with terrorism was in Montreal late in the afternoon of Tuesday, April 21, 1964, when I was a first year student at McGill University.

It was a bright, early spring day and a friend and I had gone for a rambling walk through the city. At about a quarter to six we got back to her residence, Royal Victoria College, on the corner of University and Sherbrooke streets. We carried on chatting as I walked with her up the imposing grand staircase, passed a statue of young Queen Victoria on a plinth half way up the steps, and to the front door. As I turned to leave, a khaki canvas sports bag on the top of the plinth behind the statue caught my eye. It was a strange place for the bag to be. It was not a spot where someone would have put down a bag and then forgotten it. The bag had to have been placed there. I scrambled up the plinth and put my hand inside the bag. I felt some wires and a strange bundle of cylinders. I grabbed the bag’s handles and brought it down to the steps. In clear sight, the cylinders looked very much like sticks of dynamite, 10 of them, and the wires were connected to a battery and clock mechanism.

My friend went to get the duty warden, who, when she arrived, regarded the bag with distaste and suggested I should bring it inside. She seemed to be more concerned that the sight of a bomb on the doorstep would injure the social standing of the young ladies under her care than what would happen if the damned thing went off. I said, no. She must call the police. Then she should get everyone out of the rooms in the front of the building and out of the rear entrance. I said I would go down to Sherbrooke Street and tell all passers by to go to the other side of the road.

The following 15 minutes were the longest of my life thus far. Then, at five minutes past six, the Montreal Police bomb squad roared up. There was the chief, the flamboyant and strangely reassuring Lieut. Plouffe – I never knew his first name – followed by a fierce and business-like flatbed truck with an enclosure on the back draped with heavy chains to absorb the shock of anything exploding inside. Lieut. Plouffe’s men gathered up the khaki canvas sports bag, shoved it into the truck and sped off.

They had, by this time, a lot of experience of this kind of terrorist act. Quebec separatists had begun a terrorist campaign a bit over a year before — February 23, 1963 – when a Molotov cocktail was thrown at the offices of an English-language radio station in Montreal. In the months since there had been over two dozen terrorist attacks, including numerous bombings of Anglo-Canadian targets. The bomb I found was made from 700 sticks of dynamite stolen from a road construction site at Saint Sauveur, about 60 kilometres north of Montreal in August the previous year. A spate of raids on militia armouries in and around Montreal had provided the terrorists with enough military rifles, machineguns, grenades, anti-tank rockets and mortars to equip a small army. As result, in February 1964 detachments of armed soldiers were posted outside all the armouries and barracks in Montreal, and on most of the street corners in the centre of the city.

This separatist war went on for the rest of the decade, during which there were over 60 bombings and other terror attacks of one sort or another. A major blessing is that the various separatist terror groups were totally inept bomb makers. Less than half a dozen people were killed in these more than 60 attacks, and most of those by accident.

The terror campaign only began to peter out after the kidnapping of the British consul in Montreal, James Cross, and the kidnapping and killing of the Quebec Minister of Labour, Pierre Laporte. That, and the inability of the Quebec government of Robert Bourassa, to respond to the crisis, led Prime Minister Pierre Trudeau to invoke the War Measures Act. All civil rights in Canada were suspended and about 400 people were rounded up by police. None of the detainees was ever charged.

Looking back, it is quite extraordinary what little impact the events in Quebec, and especially Montreal, had on the rest of Canada until 1970 and what became known as The October Crisis. The country truly was made up of two solitudes at that time. But there is a direct line from those events and the plans of the current government of Prime Minister Stephen Harper, to give an expanded Canadian Security Intelligence Service (CSIS) greater powers to monitor and detain people whom it suspects of threatening the security of the country. Bill C51 is now before the Senate and there is little doubt that, with the governing Conservatives’ majority in parliament, it will become law.

In the last 45 years, successive governments have attempted various responses to the deficiencies in policing and security intelligence revealed by The October Crisis and the terror campaign of the 1960s. But they still haven’t got it right. Bill C51 is bad legislation that will give CSIS too many unaccountable powers. The major flaw, criticised even by people I know who are close to Canada’s security agencies and strong supporters of them, is the lack of any serious oversight of CSIS. Unlike in the United States and the United Kingdom, Canada has no parliamentary committee to oversee CSIS’ activities or to warn the agency to stay away from operations that are illegal, immoral or politically indefensible. There used to be the Office of the Inspector General of CSIS, which provided an annual report to the government on what CSIS was up to, including warnings about problematic activities. This was hardly oversight of CSIS in any real sense, but even this feeble check on the agency’s enthusiasms was disbanded by the Harper government in 2012. All that remains now is the Security Intelligence Review Committee, which provides no serious commentary on the activities of CSIS and whose only real function seems to be to provide sinecure jobs for retired politicians and political party workers.

The route that has brought us to Bill C51 started with the realisation in the 1960s and early 1970s that the then-central pillar of national security – the Security Service of the Royal Canadian Mounted Police – just wasn’t up to the job. Worse than that, the unfortunately named “SS” branch of the Mounties all too frequently used illegal tactics to do its work, and even then hardly ever achieved anything useful. In their flailing around against Quebec separatists, the SS conducted several illegal break-ins, had a campaign of illegal mail opening and broke into the offices of the Parti Quebecois – a legal political party – to steal the membership lists. Some of the SS’ activities bordered on the farcical. The Mounties heard rumours that the terrorist separatist group, Front de liberation du Quebec, was going to have a meeting in a farmer’s barn in Quebec with the militant U.S. group, the Black Panther Party. When a judge refused to give the Mounties a warrant to plant listening devices in the barn, the Mounties burned the barn down so the meeting – if indeed there was to be one – could not be held there.

These and other warning signs led the Trudeau government to set up a commission of inquiry in 1977 under Judge David McDonald. The commission delivered its final report in 1981, and a key recommendation was that responsibility for gathering national security intelligence should be taken away from the RCMP and given to a new agency, CSIS.

CSIS was created in 1984 and inevitably, its staff was a mixture of former RCMP SS members, people drafted from other intelligence agencies in departments like defence, foreign affairs and immigration, and a sprinkling of academics. Its prime responsibility is to collect, analyse and report to government on suspected threats to Canadian national security. It was never intended to be a police force. Any action following up on CSIS’ intelligence was to be taken by the RCMP and other police forces. And CSIS was never intended to be a spy agency operating abroad, except in order to gather information on Canadians who might be a threat to national security. 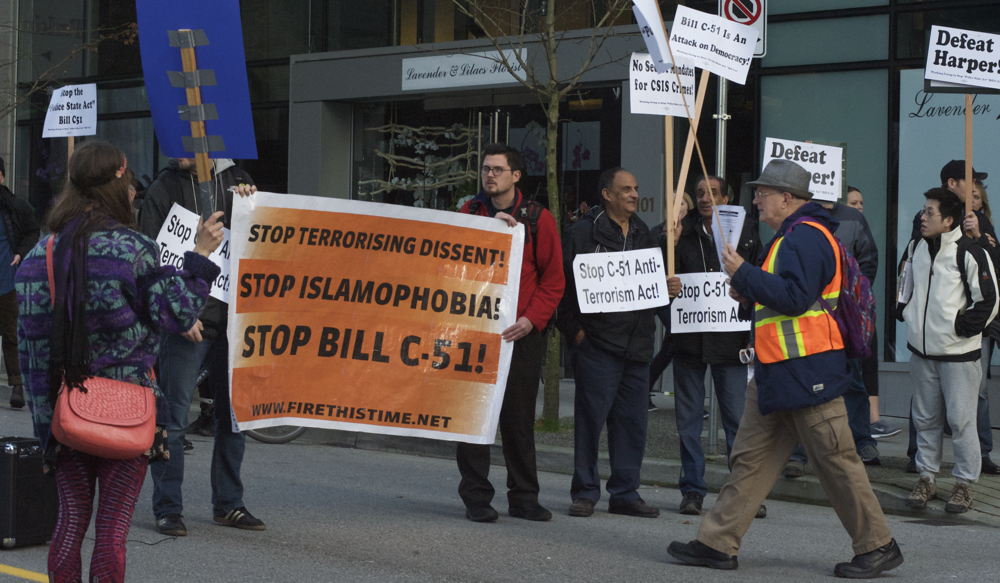 Bill C51 makes CSIS into a full-blown spy agency, much more of a secret police force than was ever intended in 1984. These are not minor or insignificant steps, especially as there is no provision for real-time oversight by parliamentarians accountable to the voters. And it is far from clear that these amendments are necessary. There is no compelling evidence that any of the various Islamic militant groups around the world are a serious threat to Canada anywhere near the threat of Quebec separatist terrorists in the 1960s. What few Islamist-inspired attacks we have seen have all been home-grown, in almost all cases by people who were already under police surveillance. With Bill C51 becoming increasingly contentious, the timing this week of the detention of 10 young people in Montreal, apparently heading to join militant groups in Syria, was fortuitous for the government. These kids, though, seemed to have been shopped to the authorities by their parents.

And the most deadly terrorist attack in recent Canadian history – the June 1985 bombing off the coast of Ireland of Air India Flight 182 in which 329 people were killed, 268 of the Canadians – was a locally planned terrorist act. CSIS not only failed to prevent the attack, but also bungled the investigation afterwards.1

The McGill bomb in April 1964 was not only my first brush with terrorism, it was also my first brush with daily journalism. For some reason the Montreal police not only gave to the local newspapers my name, but also the name of the university residence where I lived. After this information was printed the following morning threatening telephone calls started arriving at the college switchboard. Lieut. Plouffe advised me to go out as little as possible and never alone. I took his advice for the rest of the university year, but it seemed like a good idea to leave Montreal and complete my education elsewhere.