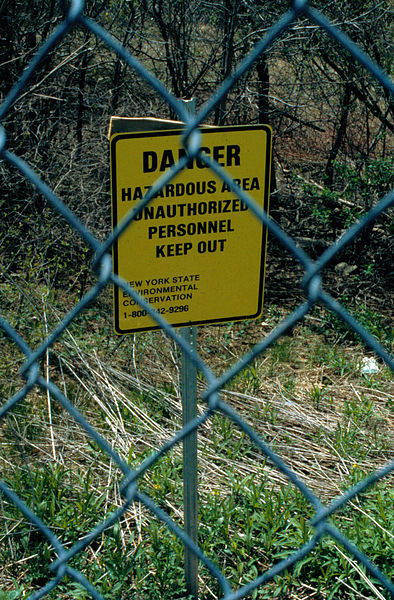 In the late 1880s, a mysterious stranger, said to have come from the West, appeared in Niagara Falls and began to scout the opportunities there. He was taken with the power potential and with the possibilities for land speculation. His name was William T. Love.

In 1893, Love proposed to build a new ‘model city’ that would rise to the east and north of Niagara Falls. The city would eventually have 700 thousand inhabitants along a seven-mile navigable ship canal (not a tunnel) passing by a downstream generating station that would produce clean power for both factories and households. It would be a planned community, possibly resembling that built in the 1880s by George Pullman, the sleeping-car magnate, for his employees in the south of Chicago. It would boast worker-owned cooperative industries and a university. He claimed to have a $25 million fund established to finance the venture. He was a skillful promoter, one of his gimmicks being the rewriting of ‘Yankee Doodle Dandy’:

“Everybody’s come to town,
Those left we all do pity,
For we’ll have a jolly time
At Love’s new Model City.”
They’re building now a great big ditch
Through dirt and rock so gritty
They say ‘twill make all very rich
Who live in Model City.

Love got a charter of incorporation for his ‘Modeltown Corporation’ from the State of New York in 1893 that allowed it to construct and operate just about anything it wanted, including permission from the State to access water from the Niagara River.  He began to travel to raise capital for the project, as well as acquiring options on as much as 30,000 acres of farmland east of Niagara Falls.

There were regular announcements of companies moving to Model City to take advantage of the cheap power to soon be available. The company began laying out streets and roads for Model City, with all the appropriate publicity, and also began to cut the canal from the river toward the escarpment. Though only a few houses were built, Love, a teetotaler, refused all requests to permit the establishment of a saloon inside the city limits.

Unfortunately, the Panic of 1893 hit at this time and over the next three years Love’s credit sources dried up, along with his dreams, though he continued to publish a newsletter about the project until 1895. His canal lay unfinished, at least 3225 feet long from the river and as much as 30 feet deep. Love denied that the credit squeeze affected his plans, but by late 1895, New York City investors had taken over the project and its lands and things ground to a halt. When international protocols were signed in 1906 regulating how much water both sides could extract from the River, the project truly died, as the existing power company was already using most of the American share.

The only things left of his development today are the name of Model City Road, running to the east of Niagara Falls, passing a few commercial establishments that use its name and elsewhere, miles to the south, the site of the unfinished canal that, ironically, now bears the name of its utopian promoter.

The companies attracted to the Niagara area by cheap power created a legacy that was more pernicious. First to come in 1892 was an aluminum smelter, requiring considerable cheap power. Next came chemical industries, developed out of discoveries in German and American labs, which provided products that were based on the transformation of petroleum, wood and minerals through electric power. Niagara Falls, by 1914, had 11,000 jobs based on electricity and, by 1940, had become the world’s largest producer of electrochemicals.

In time, a considerable portion of the land Love had optioned was taken by the military in World War II for a giant munitions plant and for a dump site for chemicals, radioactive materials and discarded ammunition and shells. Electric power could provide the high temperatures needed for them and for aluminum smelting and eventually uranium products to feed the atomic bomb-making efforts during and after World War II. A Niagara Falls site became a major part of the mammoth Manhattan Project that created the atomic bomb. The site of a large munitions factory built during World War II has been turned into the only hazardous waste dump in the northeast, Chemical Waste Management’s ‘Model City Facility’.

Like Rockefeller’s refineries did in Cleveland with gasoline before the auto age, these Niagara Falls industries, coming 50-75 years after him, just dumped their wastes into the river, burned or buried them. The uncompleted canal, started by Henry Love in the 1890s and then abandoned, was one handy place for solid wastes, some radioactive materials and some liquid industrial waste. The site was condemned at auction in 1920 and first used for a municipal garbage and industrial waste dump. Serious use of it was made during and after World War II, as an estimated 200 kinds of chemical waste, including 12 carcinogens, were dumped there, including 200 tons of a chemical containing dioxin as a contaminant. A large landfill dump was created at the junction of the canal and the river and a master’s thesis produced in 1953 noted that such waste dumping along the upper River helped to build up the shore for potential real estate use.

Postwar developers of an expanding Niagara Falls region, including the city, never knew or never cared what went into the old canal site. Once urban development reached the area, in 1953, the then owners, Hooker Chemical, covered the site with the same kind of clay liner that was similar to that used by Love 60 years earlier on its sides and bottom. The company then donated it to the City for $1, being given absolution for any responsibility for personal injury on the site.

The whole area of the canal and the thousands of acres to the north of it in ‘Model City’ became in a sense a mockery of planner Frederick Olmstead’s vision of Niagara Falls as a natural preserve and Love’s dream of a utopian city for people to enjoy happy, healthy lives. A disaster was waiting to happen.

Everything came together at the site of Love’s unfinished canal. When title to the canal was transferred to the city in 1953, Hooker had warned city officials against subdividing the adjoining land for housing, but the city approved adjoining development and in 1955 even built a school along the eastern edge of the canal. Not surprisingly, it contained no basement as the contractors had uncovered some of the chemical wastes there. As well, a drainage system was constructed around the building that carried off rainwater and chemical leachates into the city storm drain system and on into the river. Yet, inexplicably, the school playground was laid out right on top of the canal, behind the school.

The area gradually filled with small houses popular with younger families. Gradually, over the next two decades, the chemicals began to leach into the surrounding land and to migrate along underground watercourses. People, especially children began to suffer, but complaints about children’s diseases were seen as individual occurrences and simply treated as best possible.

By 1976, after some years of heavy precipitation, the problems in the area began to intensify as barrels began to rise out of the cap placed over the canal 20 years earlier and noxious substances began to appear through the basement walls and backing into the drains of local residences.  A 1976 consultant’s report to the State Health Department stating that the canal was leaking was ignored, as were local health concerns. In August, 1977, a reporter for the Niagara Falls Gazette. Michael Brown, began a series of articles noting that something was wrong in the Love Canal area and that public health was at risk. Through the next months, the paper stepped up its reporting on the Love Canal area.

As the State government began to respond to the articles and subsequent publicity, they began an investigation. They discovered high incidences of miscarriages, still-borns and birth defects in the area. The State government found itself on the horns of a dilemma. Residents (how many?) would have to leave the area, but who would pay for their relocation? The health of the residents then got tangled up in intergovernmental fights over who would pay the costs.

As the controversy dragged on, the residents of the area began to organize themselves for action, heightening the profile of the problem. The mayor then criticized the activists for hurting tourism in the area with their negative publicity.

The State Health Department held a public meeting in June, 1978, to see if there was really a problem and, in August, inexplicably convened another ‘public’ meeting in Albany, at the other end of the State. Afterwards, while not claiming the area was safe or unsafe, it ordered that residents not eat anything from their gardens and that pregnant mothers and children under 2 years old be ‘temporarily relocated’, a half-measure that only made the uncertainty worse, since there was no offer to offset the cost of this move. The resultant embarrassing uproar coming just before the 1978 elections led President Carter to declare a state of emergency at Love Canal and led the Governor, only a week after the temporary relocation order had been issued, to announce a permanent relocation of those in the most affected area.

As a result of continuing pressure by the residents, others were moved in early 1979 and in May 1980, President Carter declared another ‘health emergency’ in the Love Canal area and provided funds to ‘temporarily’ relocate 810 families, if they wished to move. In October, noting the ‘mental anguish’ of the residences, he ordered that all the families who wished, would be permanently relocated. Part of the mental anguish came from the residents’ association discovering that elaborate plans had been made for the safety of crews who were contracted to clean up the canal site, while residents were simply expected to stay inside their homes while the dangerous work was being done near them. By 1988, after the area had been cleaned up, some of the less-affected houses were deemed ‘habitable’ and put on the market once more.

The controversy over Love Canal forced a recognition among Americans that they and especially their children were at risk from environmental problems of which they were barely aware. In 1980, the Environmental Protection Agency noted the existence of 30,000 such industrial dump sites across the country. Of 336 US facilities where former and existing employees were to be given compensation for exposure to nuclear and radioactive material, 13 were in the Niagara area, more than in all of New Mexico, the site of Los Alamos and the first nuclear bomb test. The New York Department of Environmental Protection listed 649 sites of concern in Erie and Niagara Counties alone.

In the end, Niagara still shimmers between visions of heaven and of hell.

Facts and Opinions is a boutique journal, of reporting and analysis in words and images, without borders. Independent, non-partisan and employee-owned, F&O is funded by you, our readers. We do not carry advertising or “branded content,” or solicit donations from foundations or causes. If you appreciate our work, help us continue with a contribution, below, of at least .27 per story — or purchase a site pass for at least $1 per day or $20 per year.