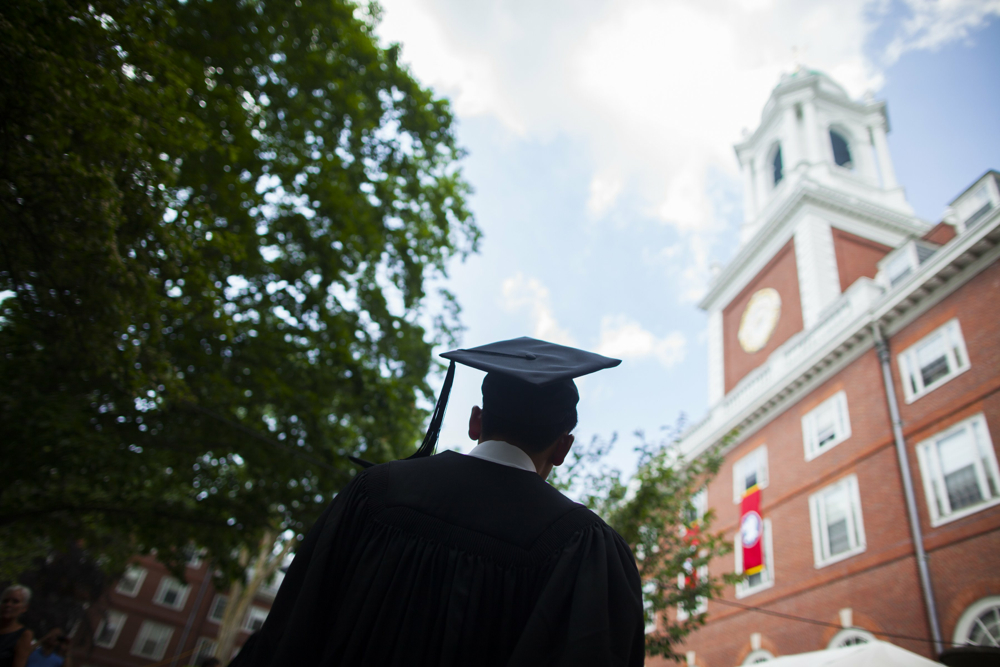 A long time ago, when I was in grad school, I was invited to go to a faculty seminar and hear Herbert Stein, who was then one of the leading economists of his day. He was asked about the growing American commitment to the Vietnam War and how far it could grow. His reply then was similar to this, his later famous quote: “If something cannot go on forever, then it will stop.”

The global university system is beset with the problem that it cannot go on forever in the form it has taken. The education leaders, the American universities, as noted in a recent Boston Consulting Group report, have been transforming themselves slowly (‘eating themselves alive” is maybe a better term) by shrinking the number of full-time faculty in favor of a small group of relatively highly paid research professors alongside a large group of ‘adjunct professors’ who teach on a piecework basis per single contracted course. This isn’t much different from a lot of other industries in our society, but it has not done a lot for cost control nor for supposed educational quality.*

Alongside this situation, one has to consider that an increasing proportion of students in higher education have to work on the side to pay the bills. On a residential campus, this becomes part of the socialization side of the experience, but an increasing number of families cannot afford this kind of education, so their children stay at home and commute to school. Even so, the financial pressures are growing everywhere and the student jobs taken are ‘off-campus,’ thereby breaking the connection between socialization and education that is central to the Romantic appeal of the institution. Social media only adds to this break. ‘Crowd’ activities on social media have the potential to provide discussion and context for group learning as well as gossip, irrespective of location.

‘Adjunct professors’ and fitting classes to one’s job schedule can lead elsewhere, to things that a networked society makes easy and are threats to the existing system. One is autodidactism, or self-teaching, or even group forms of this where people teach each other. A second is on-demand learning, where the learning fits the job schedule. I have taught in an online, somewhat structured on-demand learning program for 15 years, with students from 5 time zones. Some of our students live only minutes from a local university, but cannot get off work to go to that 2 p.m. class. A third is education-on-demand, where, with things like Google glasses, you should be able to learn something only as and when and where you need it — and you learn it immediately. Given the huge information resources available on the web, or in the cloud, the critical educational skill thus becomes how one finds what is needed and what is reliable.

Before printing, people did astounding things with memory, such as memorizing the Bible or the Koran; with printing, people memorized less, concentrating on concepts and ideas, since you could look up the rest; with the internet in all its forms, what you have to know is how to frame the question. Period. The answer is out there somewhere. If you don’t believe me, ask some professor how hard it is to keep students from accessing exam answers on their cellphones. You’ll get an earful. And then there is the war on plagiarism, which, like the war on drugs, has been largely abandoned as ineffectual. In a more personal vein, my wife often spends time on her iPhone, checking the online bios of the personalities in the TV program we are watching. She could also answer math questions in a similar way, or check on the tribal makeup of Yemen, if so motivated. Or she could have learned these things in class 30 years ago, but why then? Why not now when her interest is aroused?

At the Harvard Business School, recently, a debate has broken out between the advocates of Michael Porter, the famous proponent of corporate strategy, and Clayton Christensen, the famous proponent of corporate disruption. The Porter fans feel that the universities can adapt to the continuing intrusion of information technology, while the Christensen fans feel they can’t. I think Harvard can continue to adapt, given its status, but I also think most of the world’s other universities cannot. If you look at what has happened to almost every other information industry affected by technological change, it is not that they were wiped out by computerization. Instead, enough of a bite was taken out of their revenues to put their whole structure in jeopardy. Shave off 10 per cent of revenues and you have a not-for-profit newspaper; shave off 20 per cent and the enterprise is unsustainable. This is no different than the reason why small, rural towns collapse. Once the local bank goes and the local doctor goes, the people start to leave. It doesn’t take much.

Let’s explore one possibility of a slow deterioration of university finances. Suppose there are two million students in the United States who will take Economics 101 this fall. Suppose the cost in tuition and fees for that one course is, like in my Part 1 example in this series, $1000 for the course. Then suppose Disney/Marvel/Pixar could offer a multimedia ‘course’ with the best personalities, great visuals, engaging examples, etc.,etc. Gross revenues if everyone signed up are $2 billion per year; the product needs tweaking every 3 years, let’s say, and initial costs are of a ‘blockbuster’ sized $200 million. Of course, the non-U.S. market could generate multiples of this and the adaptations of the course for India, say, might require a different calculus, but you get the point. Delivered online, it could be sold to individuals as well, especially if our movie moguls managed to get some high-class academic certification for their product. I am positive I am not the first one to notice this.

Now, such a course constitutes only 2.5 per cent of a normal load for a 4-year program, so even if a university were willing to split the revenues with Hollywood, saving on instructor costs and perhaps the need for a new campus auditorium, we are on our way to the institution being like most newspapers in terms of the eventual outcome. Resisting this entrepreneurial effort would call down some serious lobbying at the State level, and who knows what might come of that. The university system has but one thing in its favor in this environment: it has a monopoly on certification. Break this and bad things happen.

I heard Clayton Christensen speak last fall on the future of universities at our institution and he said some of the same things in the three parables he gave, a talk that I felt puzzled most of his audience that day. The demand for higher education is out there, the cost is too high either for the taxpayer or the student, whether this be America, China or Europe, and somebody is somehow going to nibble at the edges of the system, leading much of it to change or to wither.

Is the game over, then? I don’t think so. The American system is where I expect change to happen first, but these are tenacious institutions and could continue to hold on for a good while. Part of the reason is that the likely competitors for a part of the academic market, the for-profit institutions, were diverted by the easy money to be made by encouraging people who either weren’t suited for higher education or who had no resources to sustain them, to get generous student loans from, or backed by, government bodies. As the default rates climbed, investigations, penalties and convictions have set back this sector, perhaps for a decade. Unfortunately, the financial situations of most universities have encouraged them to point their potential students in the same direction and these defaults are rising, with the debt load being characterized as a kind of ‘mortgage’ that has to be paid off before a graduate can afford to buy a house. So, to paraphrase Herbert Stein, ”This cannot go on forever and it will stop.”

Finally, there is a drastic way out, but unthinkable. That is to jettison the research subsidies of universities and divorce research from teaching. As I noted in Part 1 of this piece, research was originally tied to teaching to make sure students were getting current material in class. The guest then proceeded to take over the house. There have been a number of meta-studies about the correlation between good research and good teaching and the general conclusion is that there is none. A good teacher may, or may not, be a good researcher; and vice versa. Since a good half of academic personnel expenditures consist of time paid for doing research, which has no provable connection to good teaching, it is a promising area for cost control. This would be bitterly resisted throughout every institution, because it would mean that the intermingled funding streams for teaching and research would be separated, much like those for sports, or, in many cases, medicine, and the researchers would have to find direct support for their salaries as part of research grants.

In effect, the division between teaching and research functions in universities would put more resources at the disposal of the (presumably) necessary teaching function and less at the disposal of the prestigious research function. The likelihood for a basic change like this is dim, and so the prospects for a slow decline in the university system will grow, until a different model with different players ‘suddenly’ erupts. The Huffington Post didn’t kill The New York Times, but HuffPo and others like it have had a definite involvement in the decline of print media overall. We felt the blowback around my home in Eastern Canada, when a half-dozen regional newsprint mills closed in the past few years. Everything is connected in the networked society.

In Part 3, let’s start with an assumption that 30 per cent of the world’s population is between 18 and 30. That’s something like two billion people. How do we give them all, rich and poor, the opportunity to get the equivalent of a basic university degree, if they so want it?

Related reading on Facts and Opinions:

The Future of the Global University System:  Part 1: Universities Without the Trappings
The Degree Bubble by Penney Kome
Convocation Address by Patrick Lane