The Collapse of the Caliphate 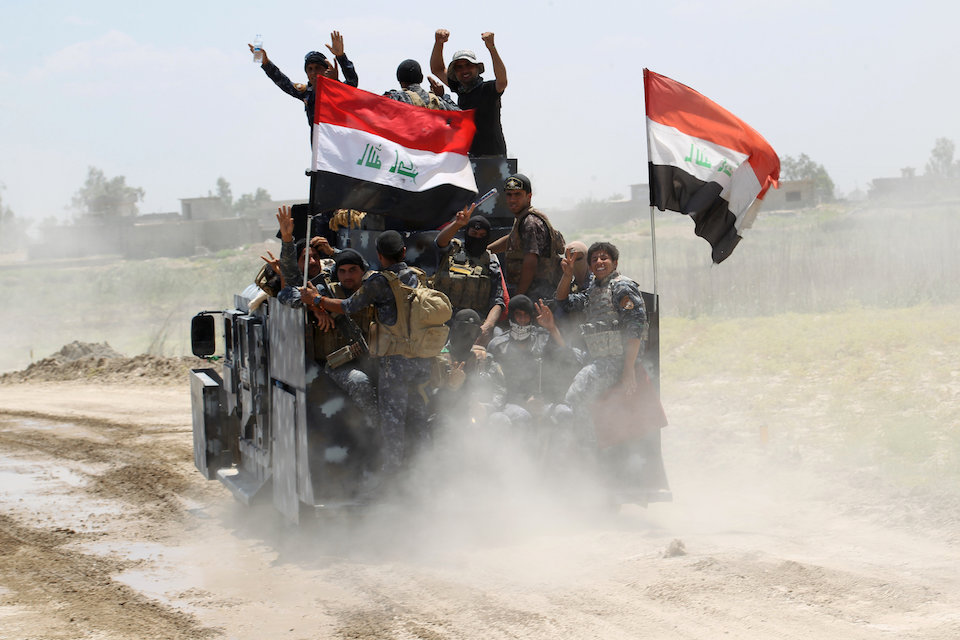 A long time ago, I was involved in a number of studies about declining communities in eastern Canada, a topic that is ‘coming round again’. One of the observations I took away from this experience was that communities, like people, do not normally die by inches. It cannot be represented as a straight-line decline, angling down to zero but instead is a gradually-sloping line until some inflection point is reached, followed by a precipitous crash. My feeling as a distant observer of events, is that this inflection point has been passed in the fight against the self-proclaimed Islamic Caliphate. I want to distinguish between the ideology of ISIS and its territory; it is the latter we are talking about here.

Once the airstrikes against the Caliphate began, it was only a matter of time until we would reach this moment. The question I often put to people who were concerned about the power of this organization was to tell me how many planes had the Caliphate shot down. Clearly, if there were wreckage, it would have been publicized. The answer, so far, is ‘none’. This is a testament to their mismatch of ambitions and capabilities. 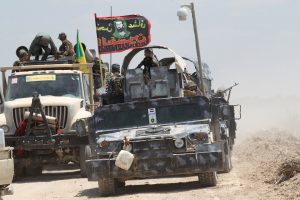 Further, and unlike the Vietnam War, the territory controlled by the Caliphate at its zenith was all in dry to desert lands, offering no cover to movements. Transportation was degraded, supplies and facilities destroyed and the leadership group disrupted by assassination. This last is important, as the British discovered in the Irish Nationalist campaign of the late 1900s; the second rank of leaders often proved less politically adept and more brutal, thus alienating local supporters.

Today, the Caliphate has been reduced to three major urban areas, Raqqa, Mosul and Falluja. None of them have dependable resupply routes for either military goods or civilian needs. Short of their opponents falling into disarray and not pressing on, an unlikely hope this close to the end, things for ISIS can unravel simply by waiting. Sieges are a question of will on both sides and it appears from reports that ISIS is beginning to have to use its famously brutal methods on its own subjects to keep them in line. Further, the Mesopotamian summer has already begun, so even the elements are arraigned badly for ISIS.

So, what comes after the Caliphate? It is clear that the poisonous Wahhabi doctrine that underlies the Saudi state has produced something in Al Qaeda and ISIS that has awakened both the ‘West’ and the farther, more moderate reaches of the world of Islam. The reaction over the next few years will likely go beyond just preventing Saudi subsidization of mosques around the world, but will lead to more pressure on them to back away from the religious-political deal reached a century ago.

The Jihadist ideology does not present an existential threat to anyone outside of those areas distant from urban civilization, such as the Sahara and the northwest Indian Ocean. The Paris, Brussels and California incidents caused intense political reactions, but no country is going to collapse from such isolated tragedies. In America, the San Bernardino shootings in one way were the 350-somethingth mass murder incident in that country in the year 2015. It had the added ingredient of ISIS, but the victims were no more or less dead than in all the rest of the incidents perpetrated by over-angry, mentally disturbed or isolated people and the like.

The Arab East is wracked with virulently conflicting factions of nations, ethnicity and Islamic sectarianism. Neighbors such as Iran, Turkey and Israel all have different interests in the Arab heartland. Easy oil revenues add a layer of corruption to this stew. Then add in the outside players in Europe and North America and it is clear that the mess will not be going away soon, but will take on some different characteristic.

Perhaps the greatest problem arising out of the Caliphate has to be that which came out of a similar mess in the Balkans in the early 1900s, when one country, Austria-Hungary, decided it was futile to deal with that region in concert with the other major powers. Their unilateral decision to ‘solve’ the Serbian problem led to World War I, whose aftermath led to more war and destruction all over the world. It is to the credit of the outside protagonists in the Syrian civil war and the war on the Caliphate that they have not become so involved and stiff-necked as to bring this mess into big power relationships so far.

This whole mess is therefore not over. The proponents of Jihad have tried four tactics so far, with some initial success, but ultimate failure. These have been covert international operations, such as 9/11, tribal uprisings, such as the Taliban, armed assaults against weak states, as in Africa on the desert fringes, and the Caliphate, a proto-state based on a medieval model coupled with 21st Century technology. We do not know what is next; all we know is that there will be a ‘next’. America may be tired of this 20-year arm-wrestling with the Jihadists, but it went through the 45-year Cold War and came out the stronger for it. I expect this one will last as long and will end satisfactorily as well.

Thanks for reading Facts and Opinions. Our journal is employee-owned and survives on the honour system: try a story at no charge;, if you value our work, please chip in at least .27 per piece or make a sustaining donation. Details here.