Telegraphy, Radio, Utopia and You

In 1887, Edward Bellamy, perhaps one of the last of a long line of Yankee utopians, published a book called Looking Backward. In it, his character, Julian West, falls asleep in a secure basement room in his house in Boston in that same year. West is awakened in the year 2000, to be greeted by Bostonians who are living in a world at peace, with prosperity and full of the benefits of equality. The book became very popular in its time and ‘Bellamy clubs’ sprang up to promote his ideals. 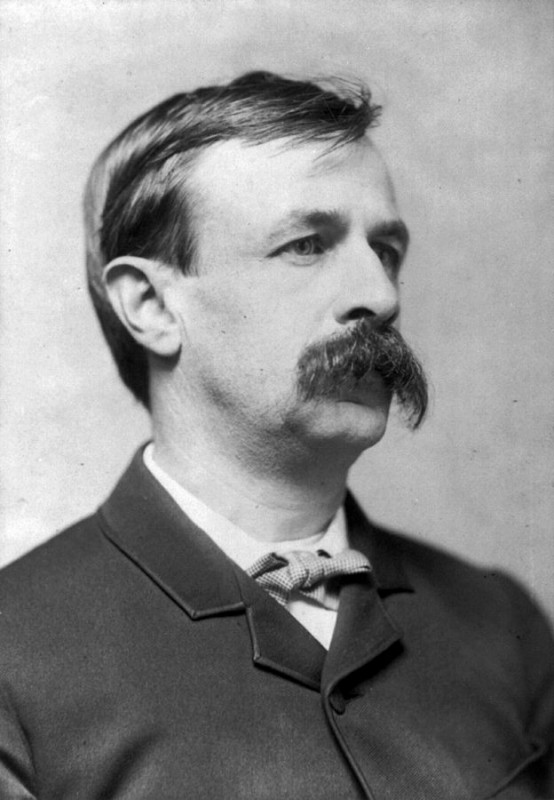 Here, we want to look at the technology that is incorporated in some of Bellamy’s social theorizing. In the book, the family who finds and wakes West in 2000 use, as a matter of course, a variation on the telephone to hear music, speak to each other at a distance and hear other programming. The stores in 2000 were really showrooms and orders were transmitted by phone to central warehouses that quickly delivered goods to people’s homes. Since Marconi did not prove out radio until 1900, which led to television, Bellamy’s 2000 lacked those improvements. Otherwise, he was close to describing modern cable entertainment, and his interpretation of the commercial structures of the utopian time resembled those of Amazon.com.

The telephone had been invented only a decade before Bellamy wrote his book. Alexander Graham Bell, a recent immigrant to Boston from Scotland via Canada, was interested in the mechanics of speech and hearing, which led him to come up with a variation on the telegraph. A Boston native living in New York City, Samuel F. B. Morse, had patented the telegraph in 1844. Yes, the telegraph spawned the telephone. They both relied on sending electrical impulses through a conducting wire.

The story gets more tangled. In the year after Bellamy’s book came out, a German named Heinrich Hertz discovered that when electrical impulses are sent through a wire, an electromagnetic equivalent radiates from the wire through space; in our case, through the air. In the next decade, an Italian, Guglielmo Marconi, figured out how to enhance these signals and how to detect and hear them at a distance without any connecting wire. That is why we call it ‘wireless’.

Over the first two decades of the twentieth century, others figured out how to make these signals more complex, so they could be represented as sounds when activating a ‘speaker’. Somebody else figured out how to sell advertisements over this new ‘radio’, and broadcasting entertainment into everyone’s house began to make economic sense. Television was simply a more complex broadcast where the impulse was directed into a beam inside a tube whose surface was coated to make a section called a pixel glow or not, depending on where the beam struck. Lots of pixel action fools you into seeing a moving picture. None of this was easy to devise, but it still was all based on electrons moving along a wire.

The ‘internet’ became the next variation on this theme. It started as a line connection between tubes that made pictures of letters and numbers and then got more complex thereafter. Its features depended on the continued progress in building more sophisticated computer chips. Today, the internet includes an option that is like radio and television broadcasting (Netflix or Twitter); with other parts being interactive like the telegraph and telephone (texting or voice). A lot of new technology went into the varieties that make up the internet, but the basic principles of telegraphy and radio still underlie it.

In the late 1950s, the transistor was invented. Based on quantum theory devised by physicists in the 1920s, it allowed these electrical impulses to be switched on or off and amplified in a piece of material which was far smaller and required less power than a vacuum tube. By the early 1960s, transistors could be hooked together to form a small circuit that took the place of many tubes. It was called an integrated circuit (IC) and it was placed on a ‘chip’.

Clearly, the more transistors you could get onto or into a chip, the more complex an operation could be performed. Gordon Moore, who had developed the silicon chip, the most practical medium for ICs, was asked in 1965 to speculate in an article for Electronics magazine, what the future, in terms of the number of transistors could be shrunk and crowded onto a single chip, might be. He thought it might double every year. A decade later, though he was correct, he altered his prediction to one of doubling every 18 months or so indefinitely.

It has been 50 years since Moore’s Law was posited and the number of transistors on a chip is still going along this trend line. In 1965, it was possible to put 60 transistors to a chip: today, the number is 2 billion. This is why you can watch Netflix on your tablet, put your boarding pass on your phone and talk to someone on the other side of the world while (illegally, for most places) driving down the expressway. Bellamy could have written these into his story, but no one knew about radio or transistors, and the gasoline-powered auto was only a year old in 1887.

If Moore’s Law continues to hold, and there is no reason to suspect the opposite, we get into strange country in the next decade. Some people call it the ‘second half of the chessboard’, after the apocryphal story of the Persian hero who is given whatever he wants from the King. He asks for one grain of wheat on the first chessboard square and for it to be doubled on the second, and so on. By the time the first half of the board is filled, the amounts are getting very large and it becomes impossible to complete the reward in the second half.

You can already see some of the second half of the electronic chessboard in terms of Moore’s Law. There are driverless cars coming along and the ‘internet of things’ is being touted. The fracking revolution in oil and gas production is due to computing developments, ‘Big data’, enabled by computers full of ICs, allows us to collect enormous volumes of information on almost anything we can conceive, including, by 2020, information that would fill the equivalent of 3 million books on each man, woman and child in the world.

Of course by 2020, getting 2 billion transistors on a chip will be child’s play: the challenge by then would be to cram something over 16 billion on a chip; a product 8 times more powerful than what a driverless car or a surveillance drone or really long range ‘global warming’ weather forecasting might need. A personal advisor should be there to guide you successfully through all of life’s complexities, from shopping to news to reminding you to take your pills to reporting on the state of your refrigerator or the power levels in your car. Who will be able to say where you leave off and the ’internet of you’ takes over? Underneath though, it is still telegraphy and radio.